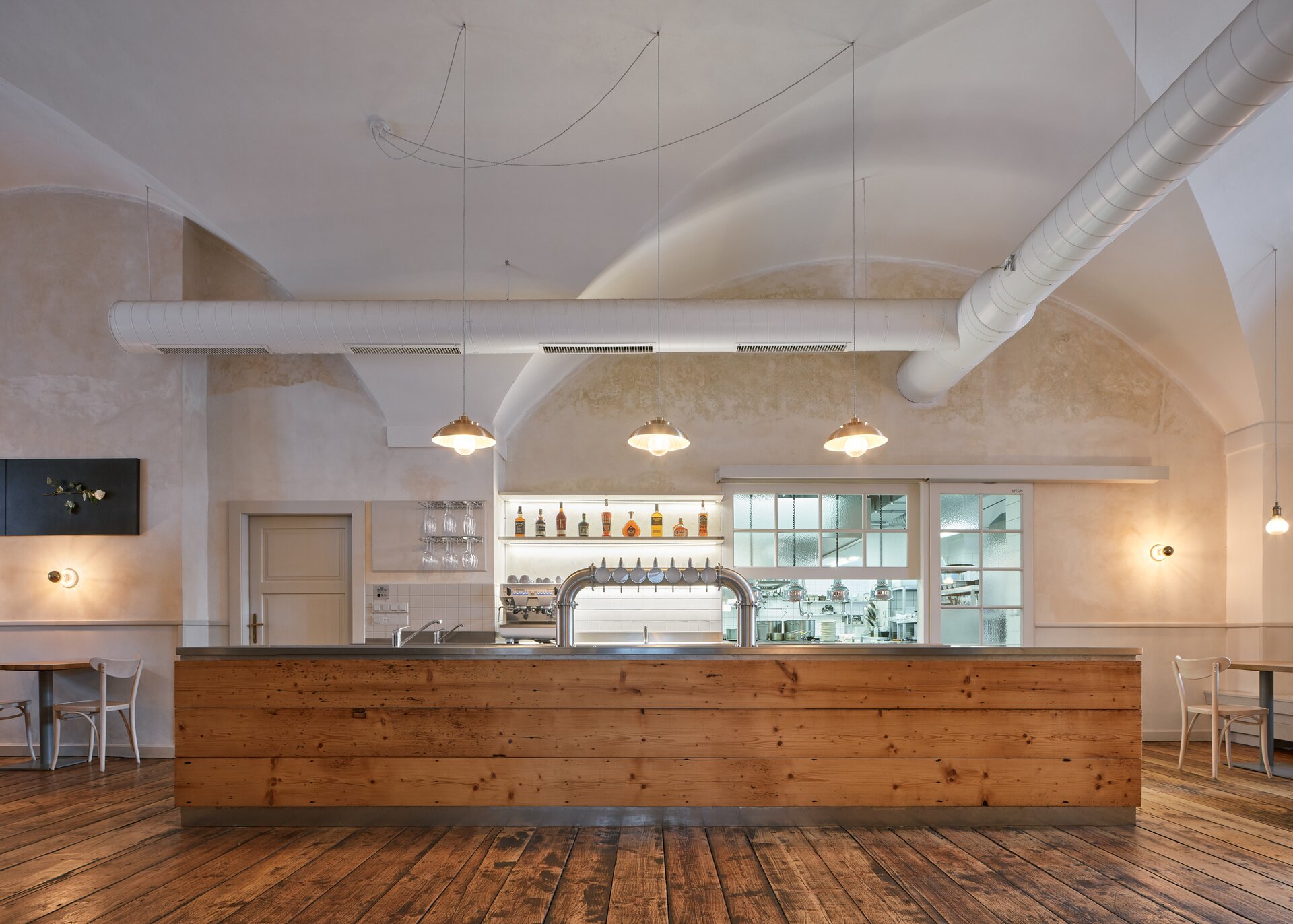 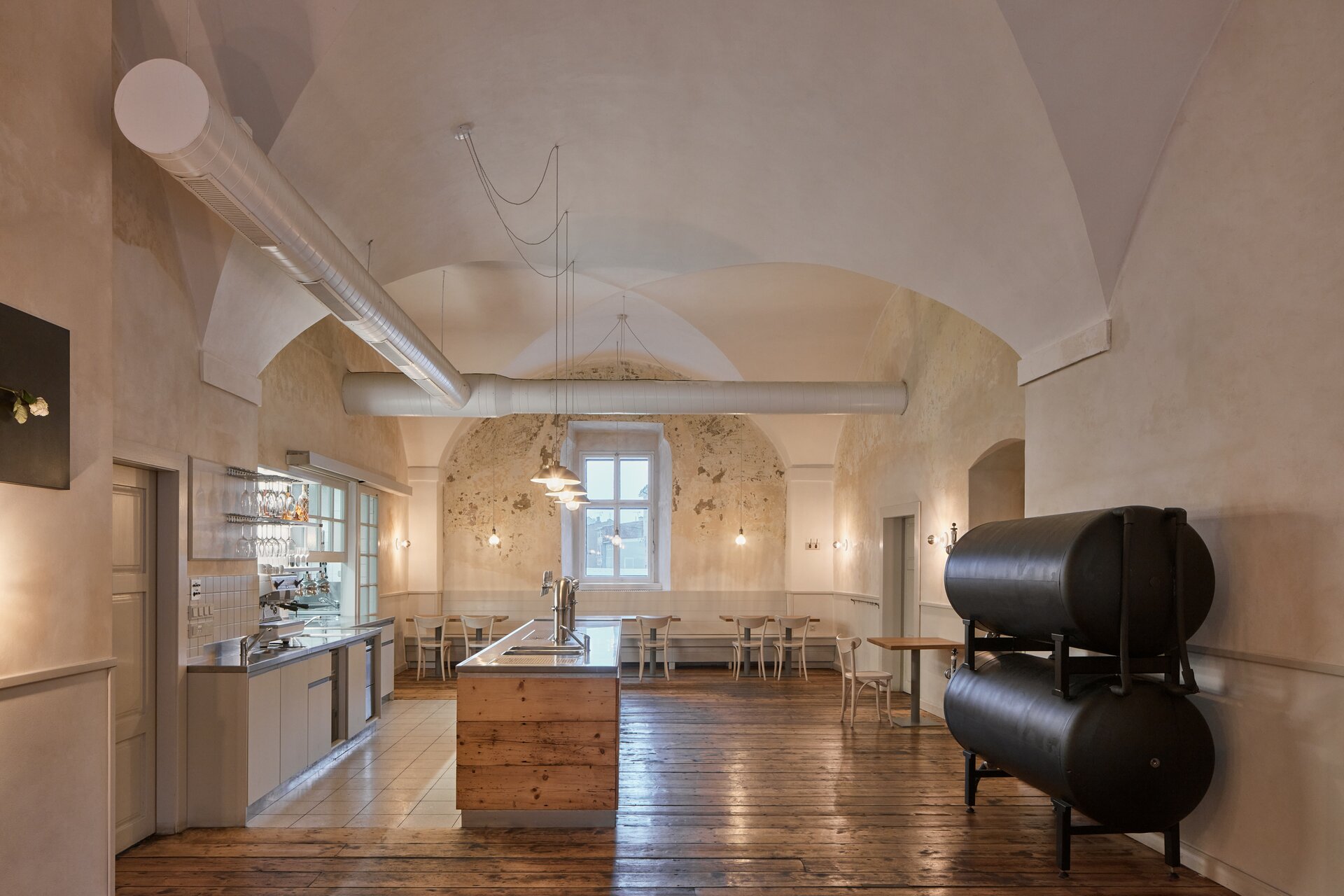 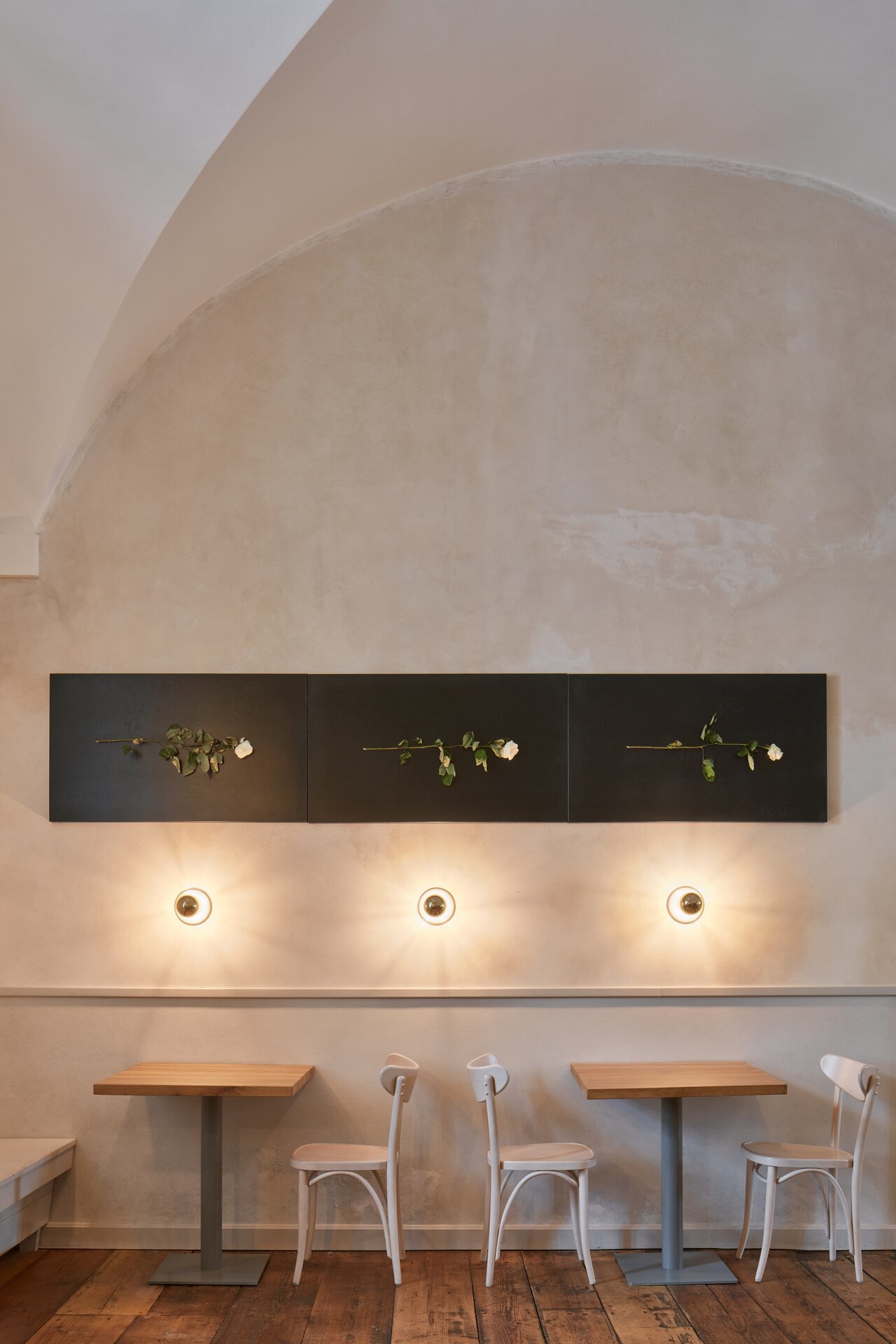 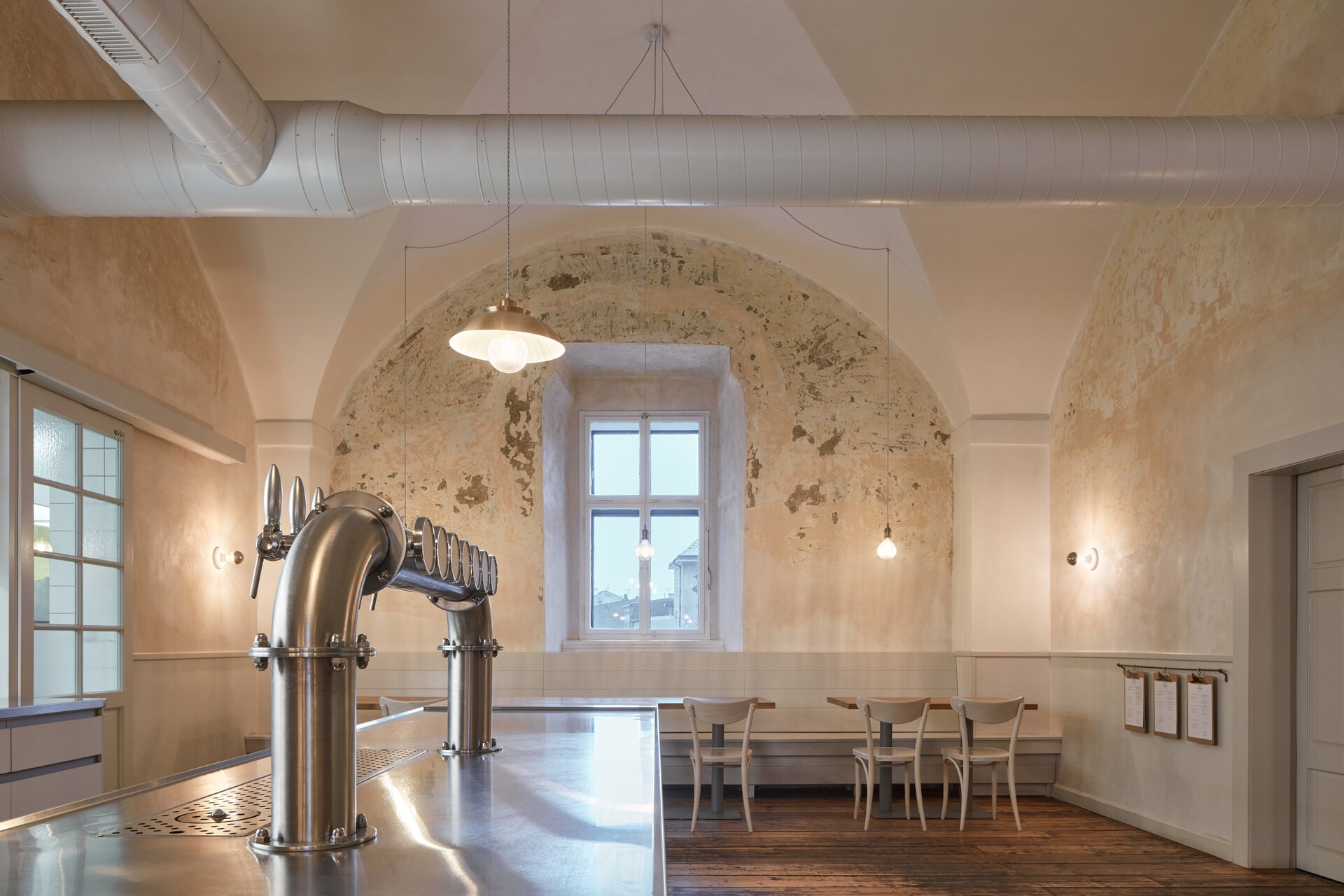 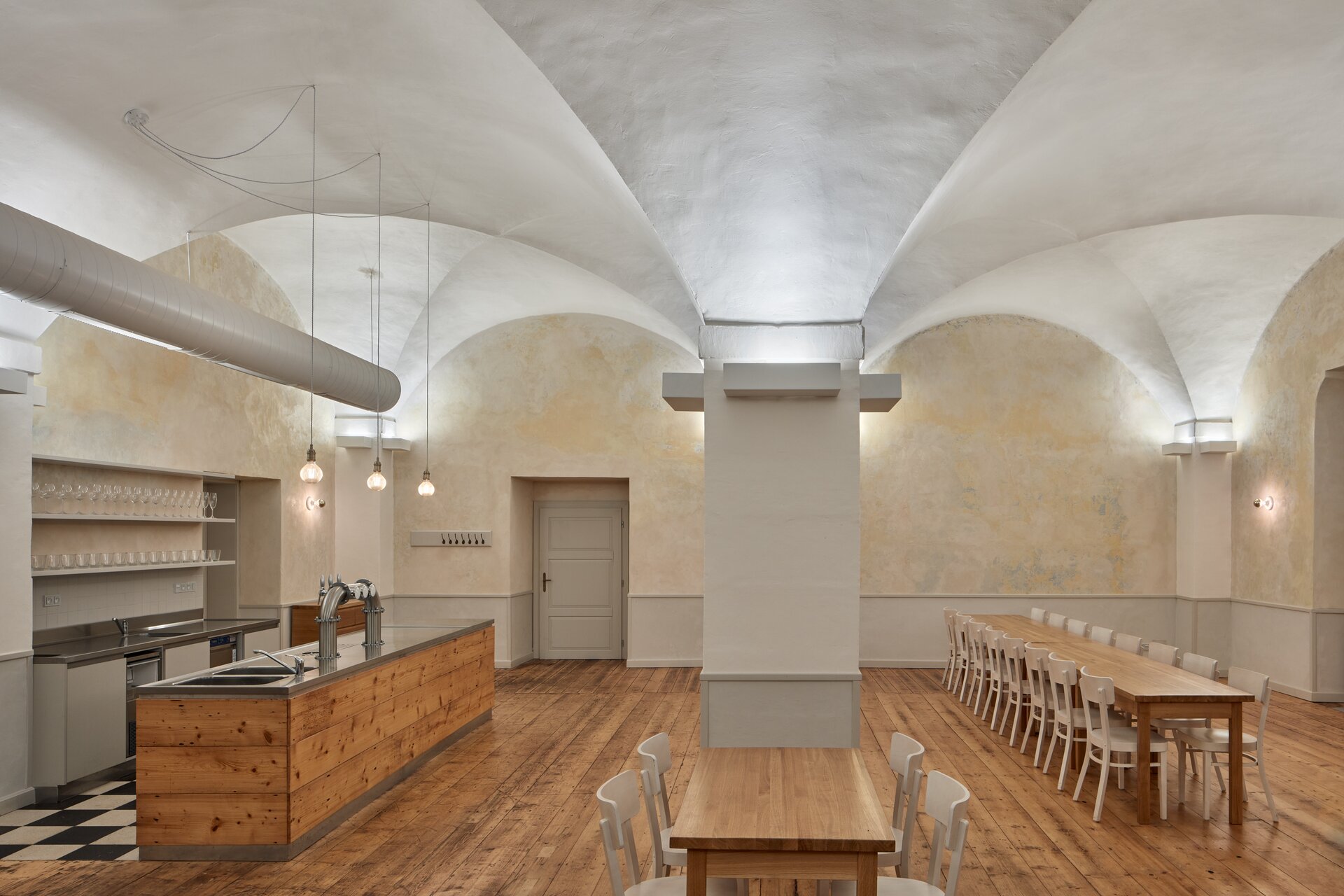 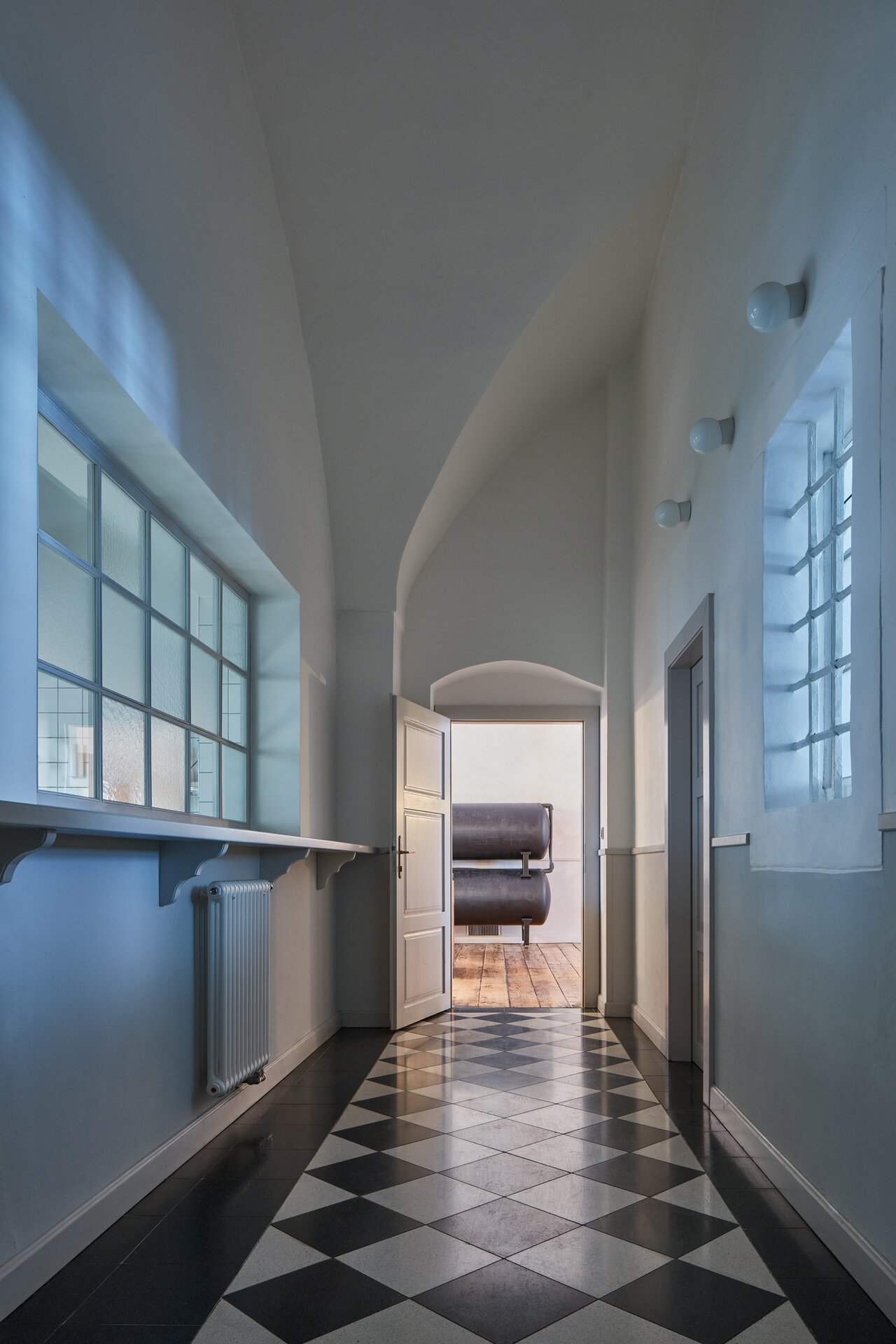 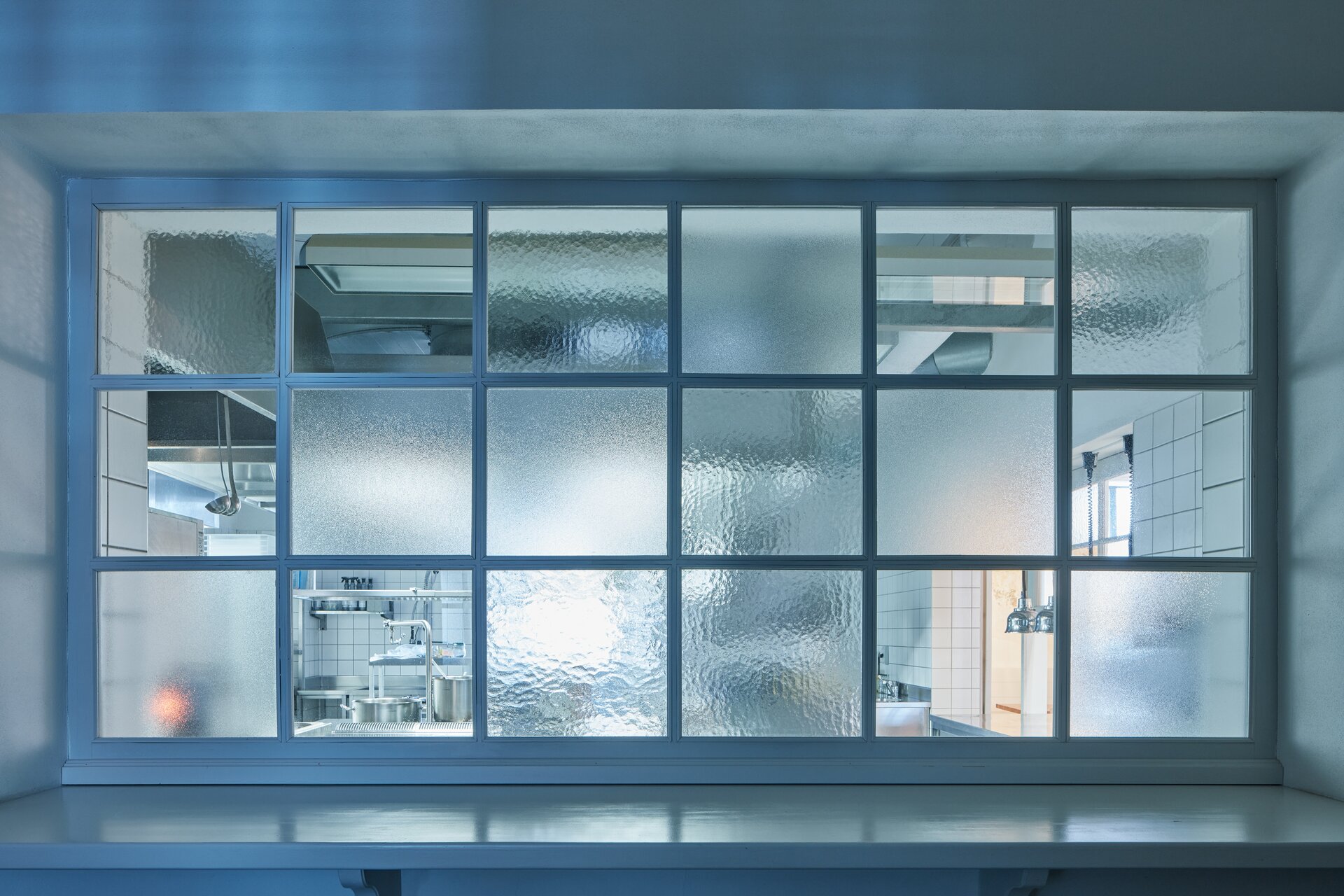 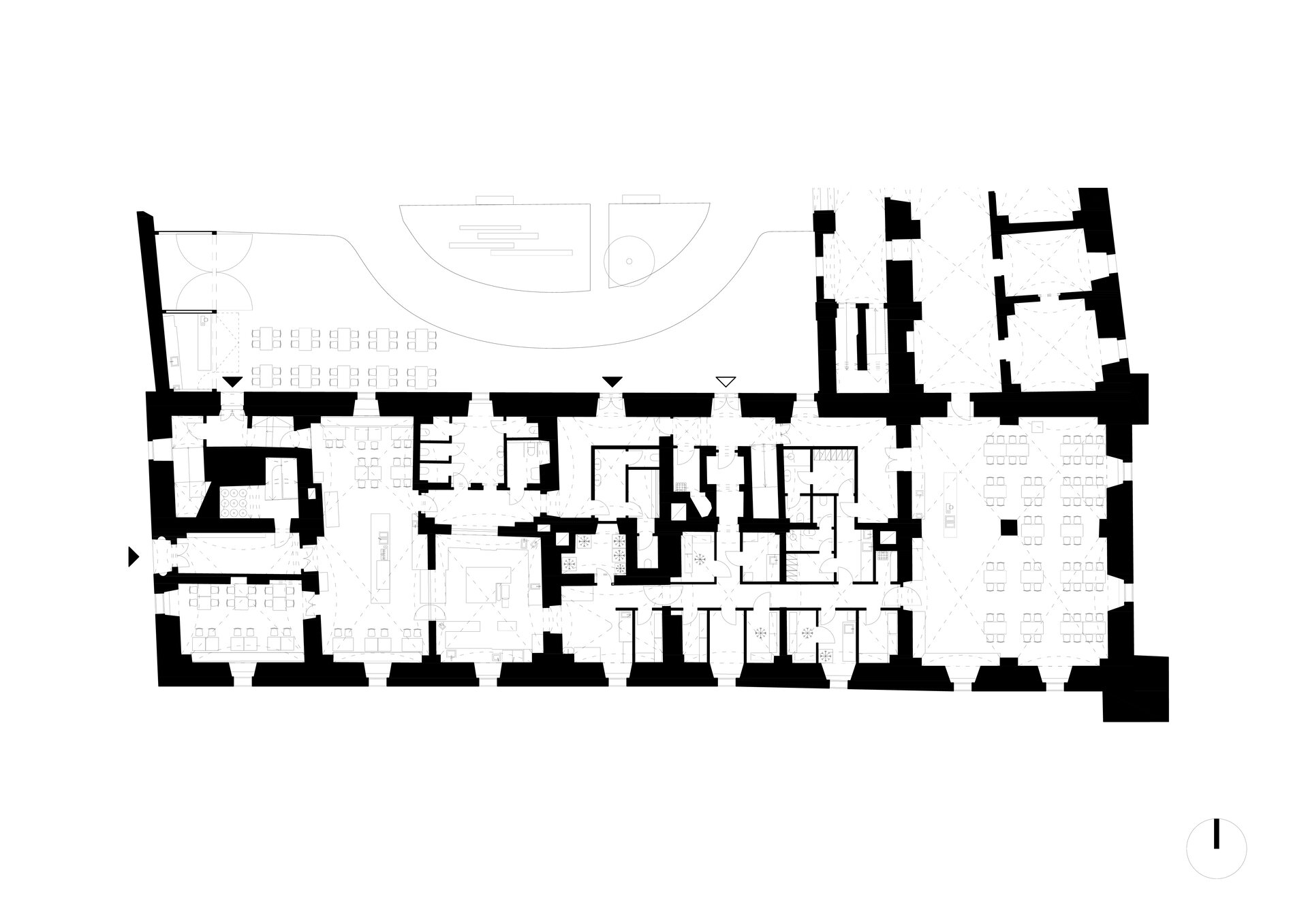 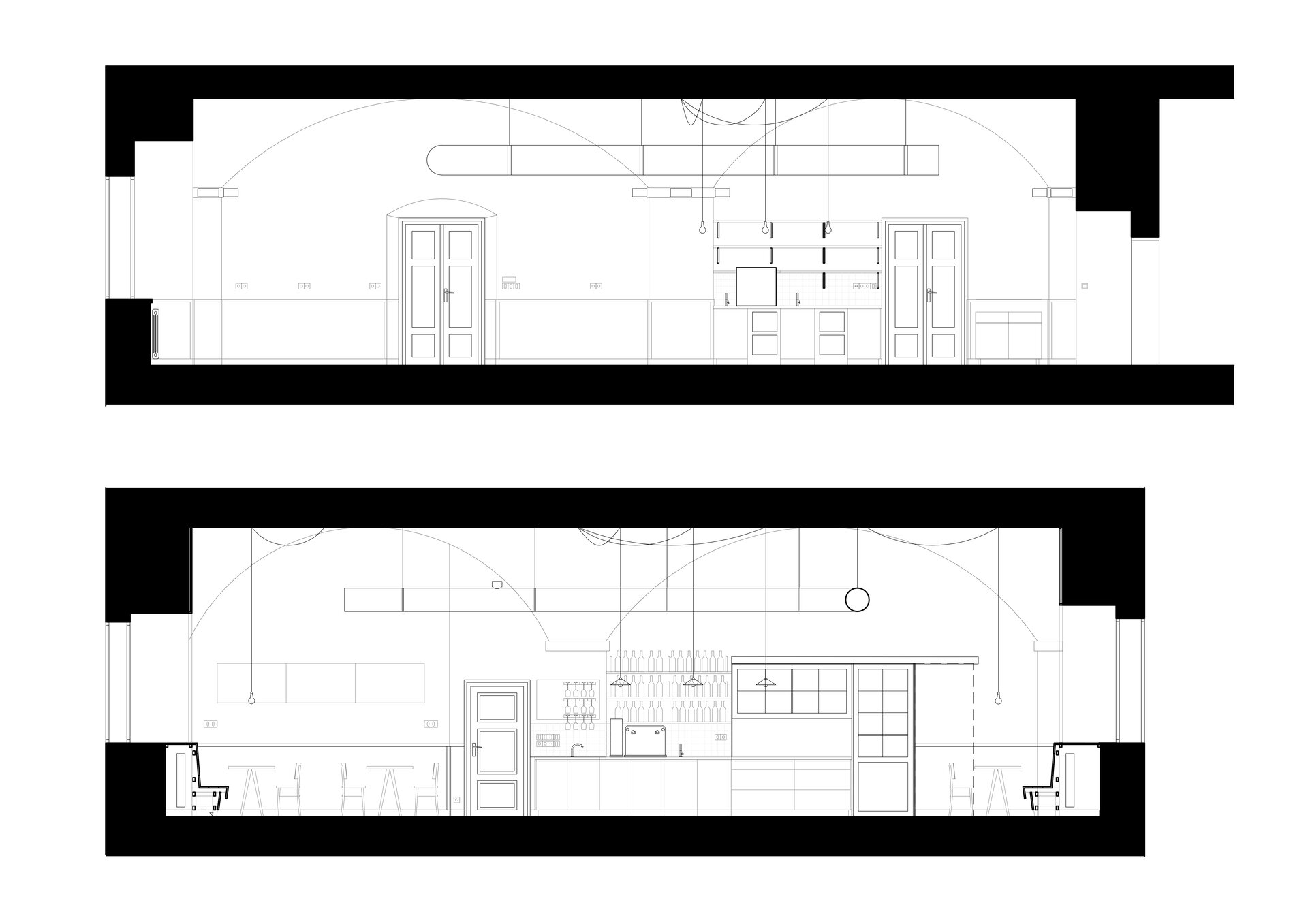 Design and project documentation of a restaurant designed within the premises of the Benedictine monastery in Broumov, which belongs to the national cultural heritage of the Czech Republic from 1995. The past century however, was marked by the typical attitude of the communist regime towards the cultural heritage of properties, and had unfortunately left its scars on the building. The monastery was left to decay and was affected by a series of unprofessional adjustments which were typical of the era. The investor requested a renovation to liven up the space by returning it to its original function – serving food and drinks.

The overarching atmosphere of the interior is defined by the elegant curves of the original arched structures. Following the possibility to refurbish the original plank floor, the interior incorporates this reused material, for example, as the veneer of the bar counters. Another interesting feature of the interior is expressed by the use of the original layers of paint, which creates a natural patina along the perimeter walls. Dividing the restaurant and the kitchen is a traditional windowpane allowing for a small peek into the kitchen. There are also refurbished items like the original tile stove, stone mouldings and a number of tiny little windows and doors found in unexpected positions.