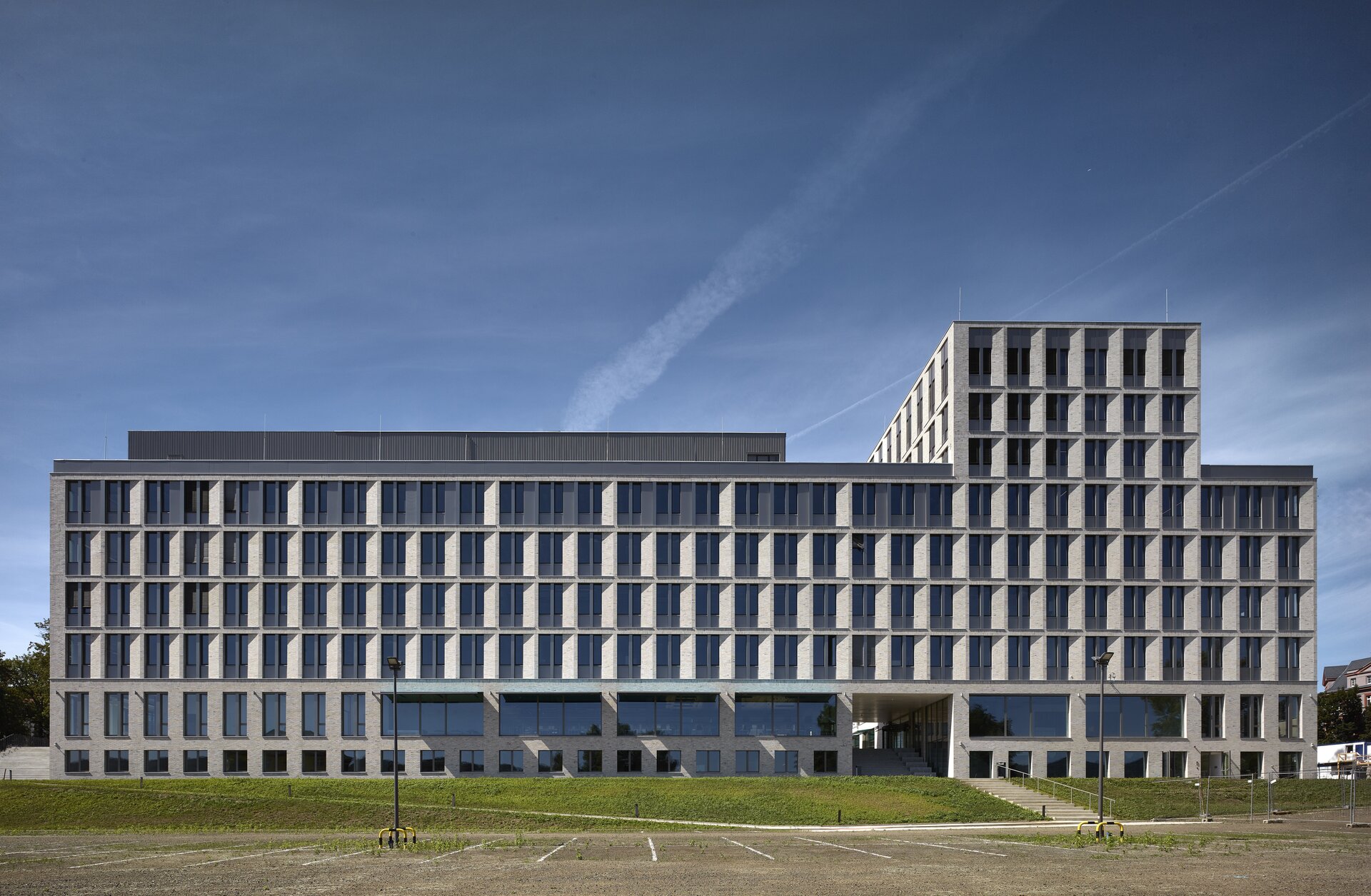 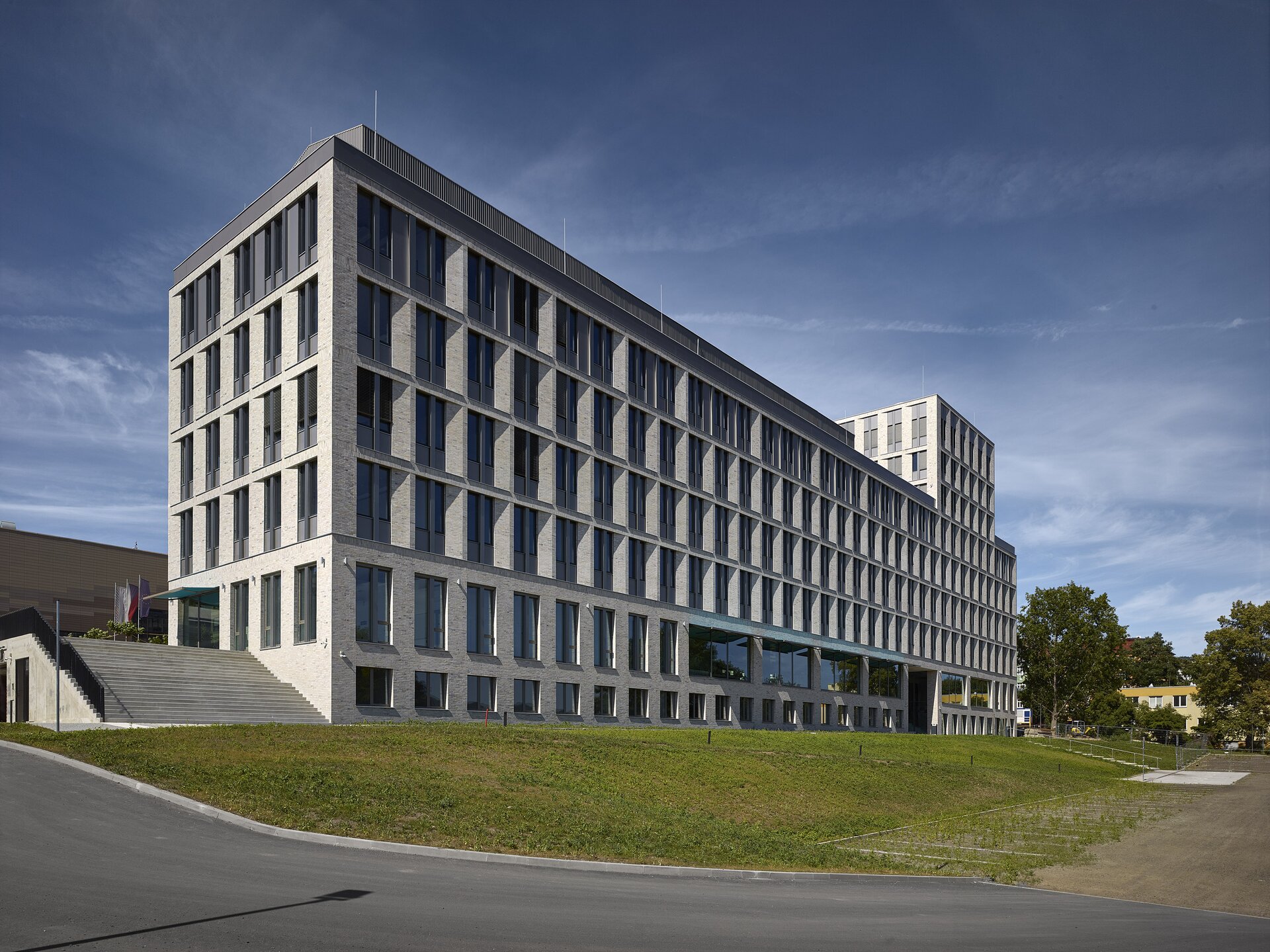 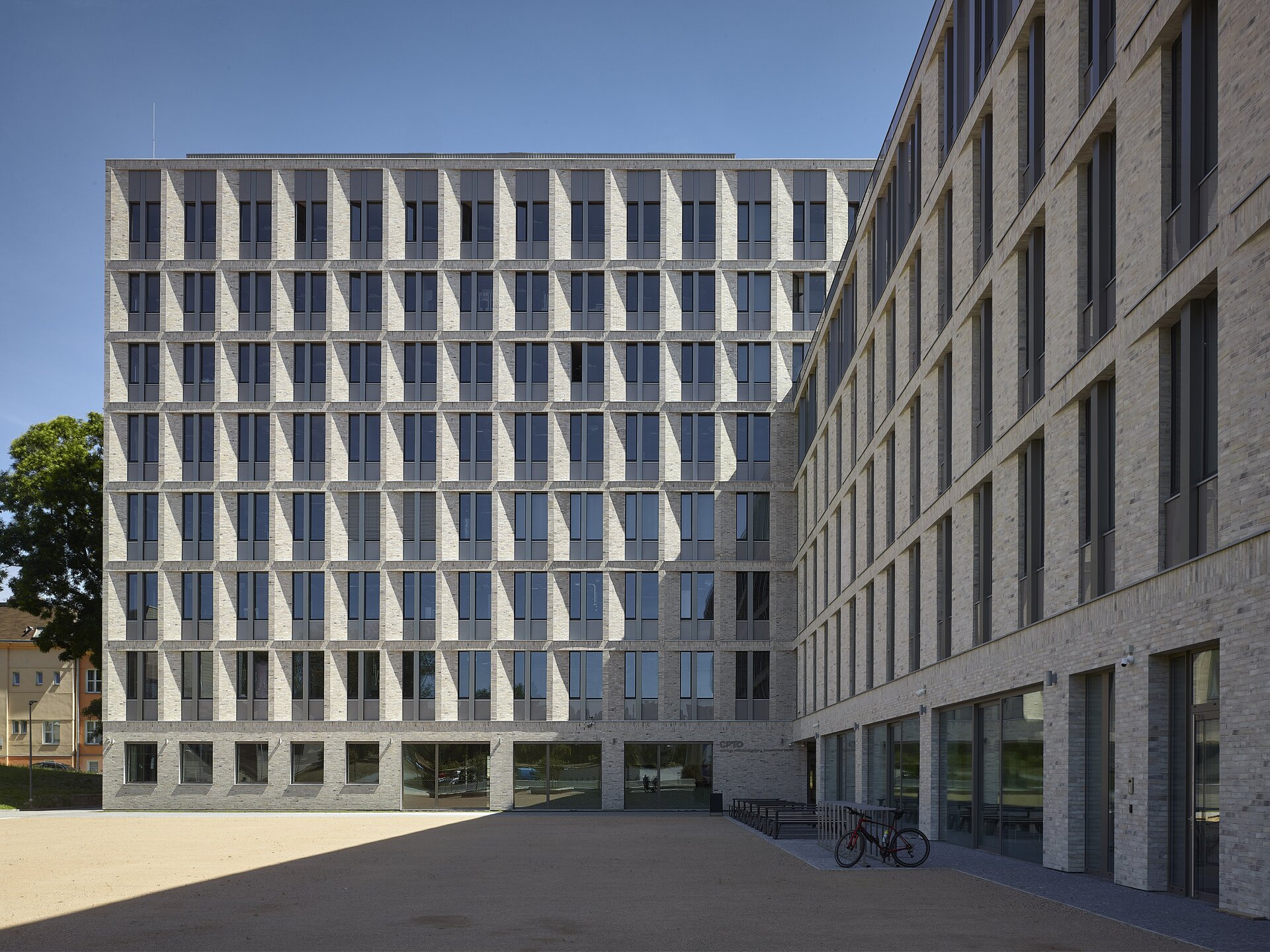 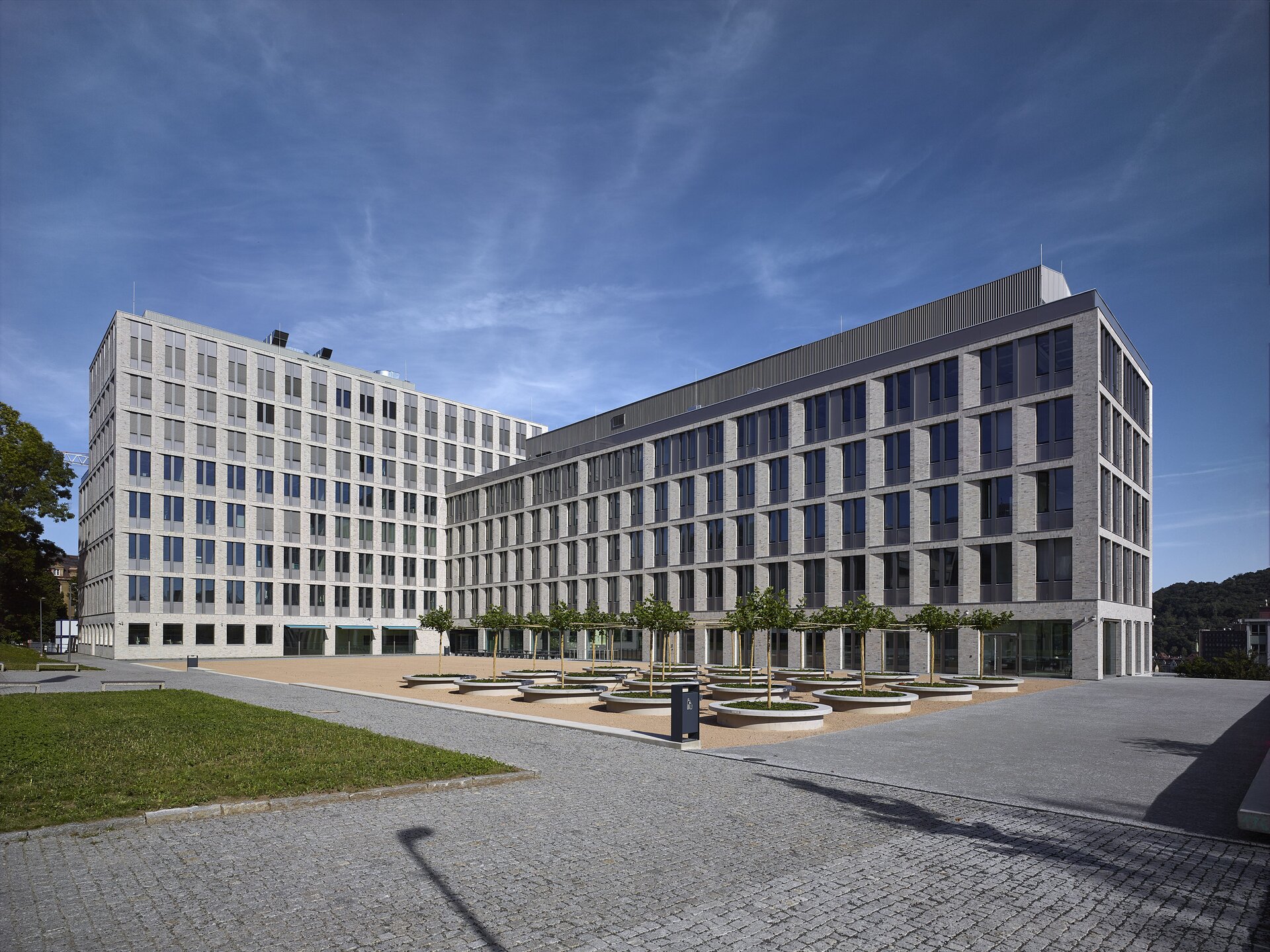 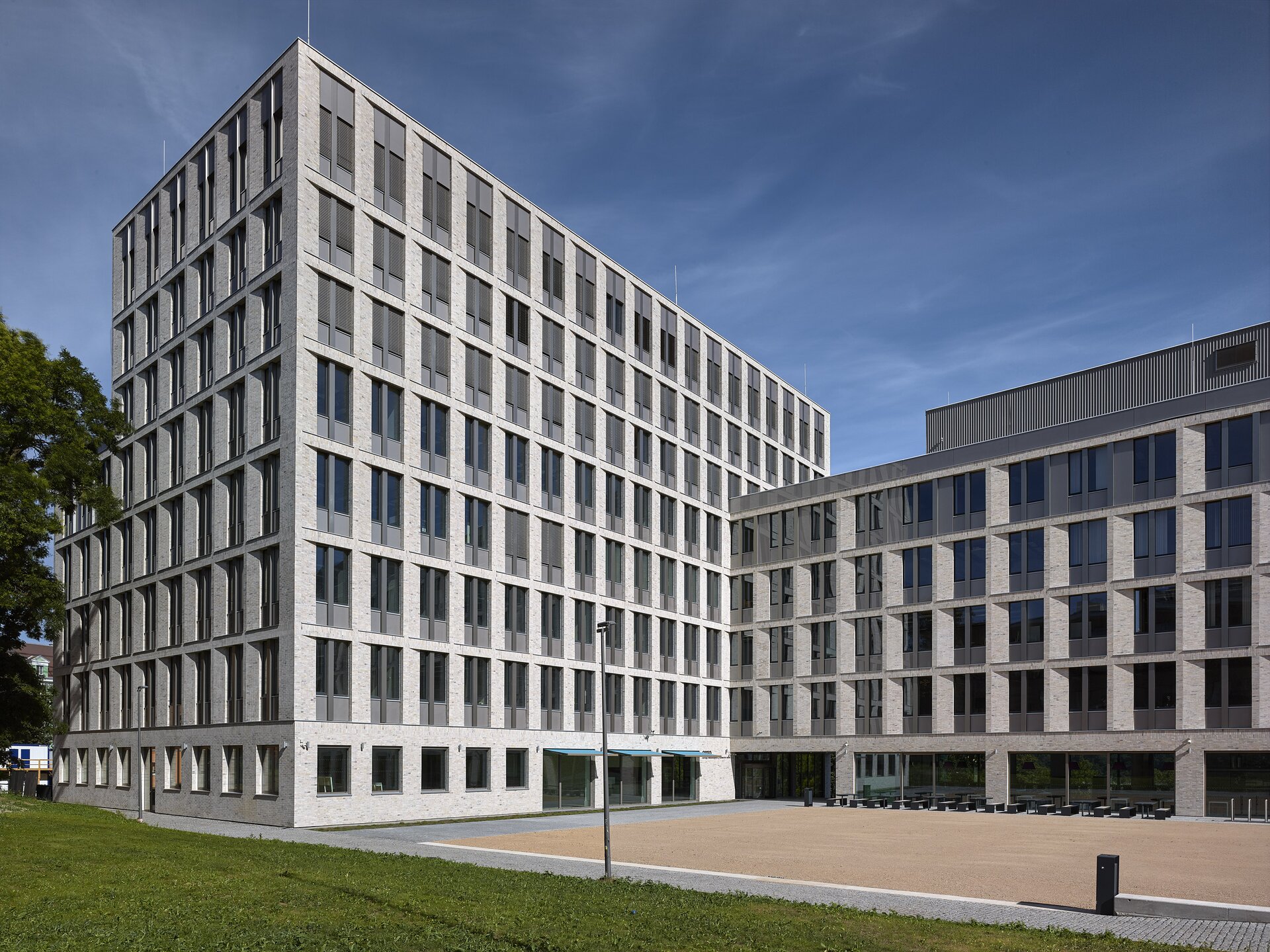 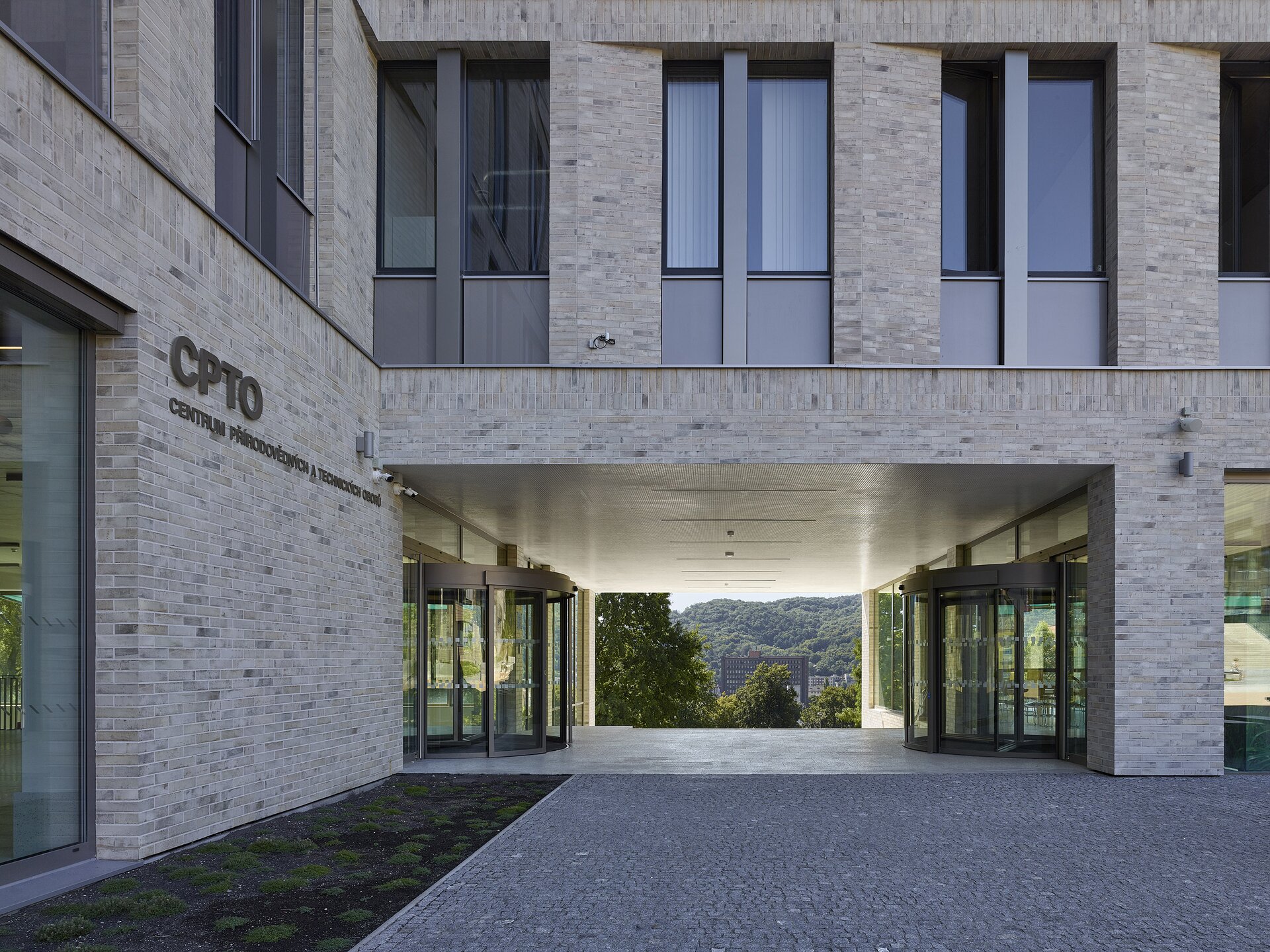 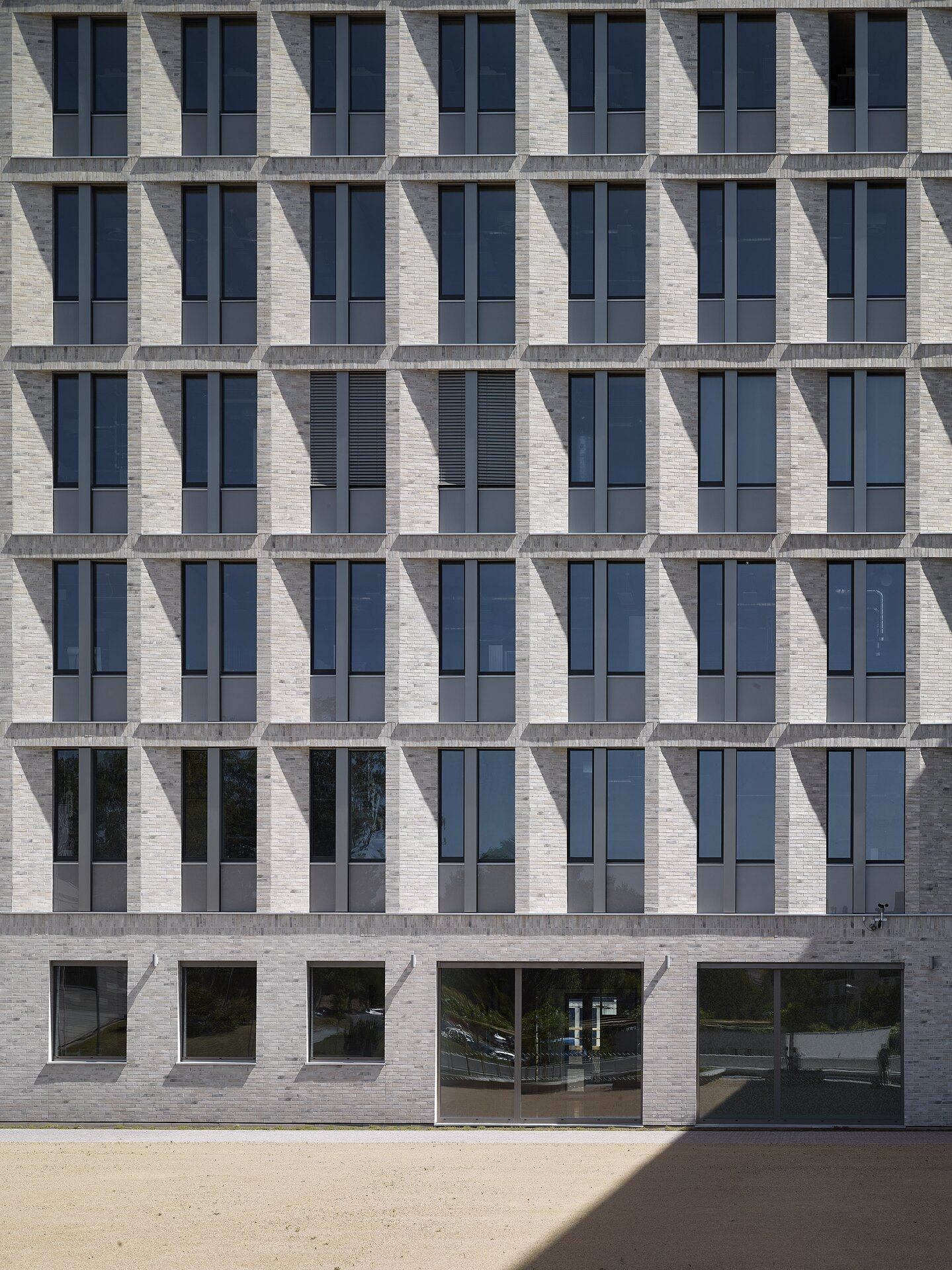 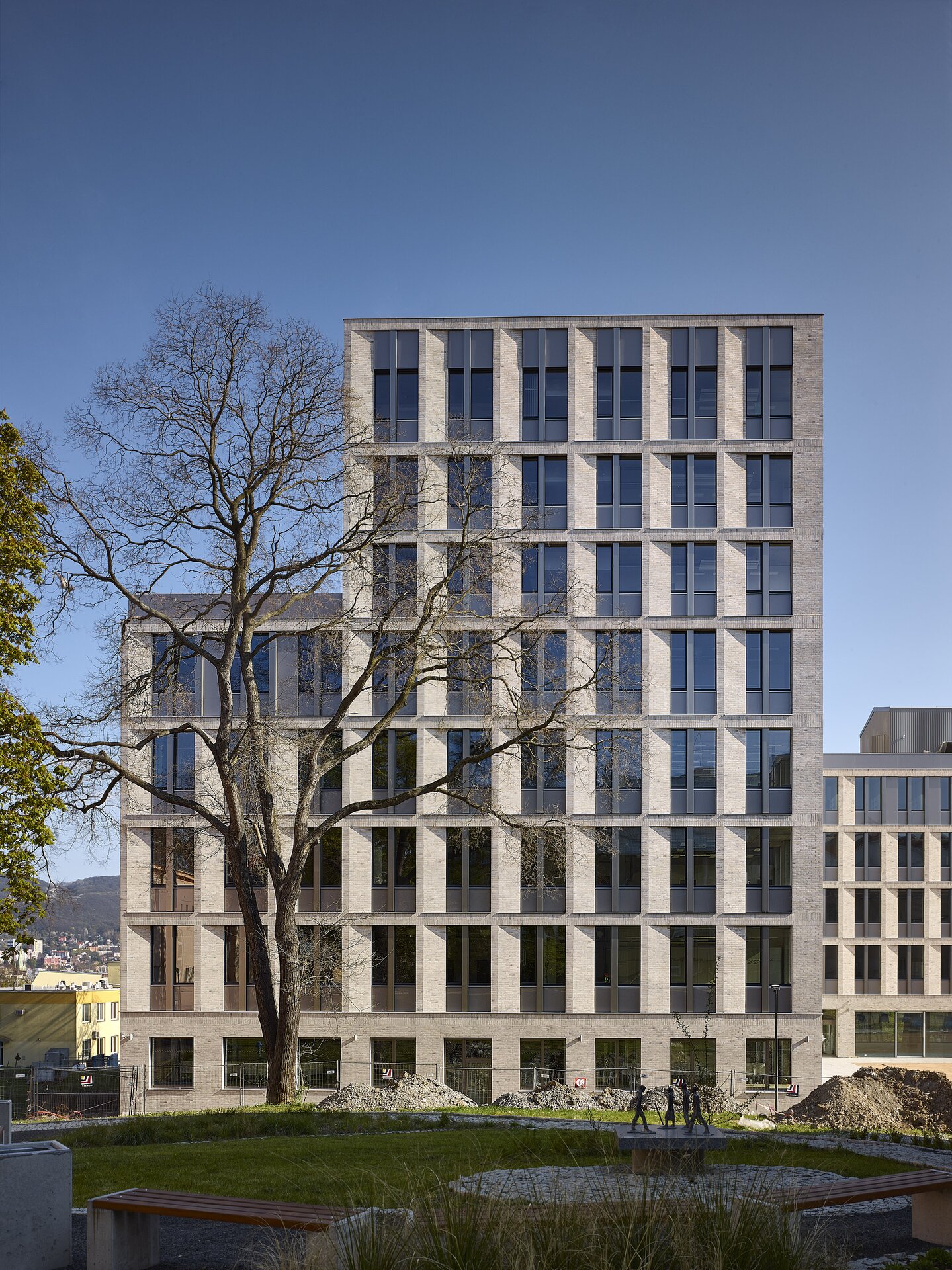 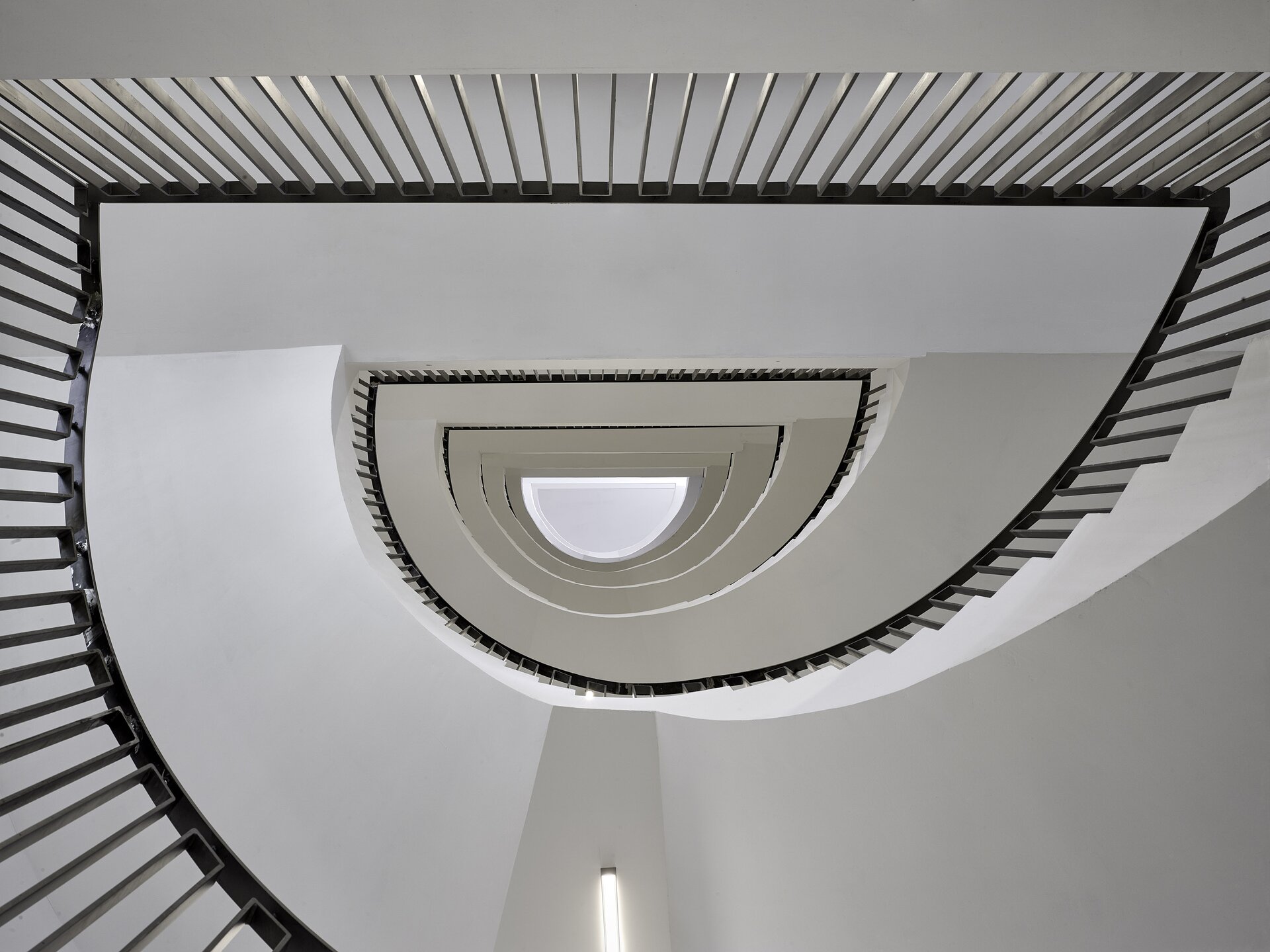 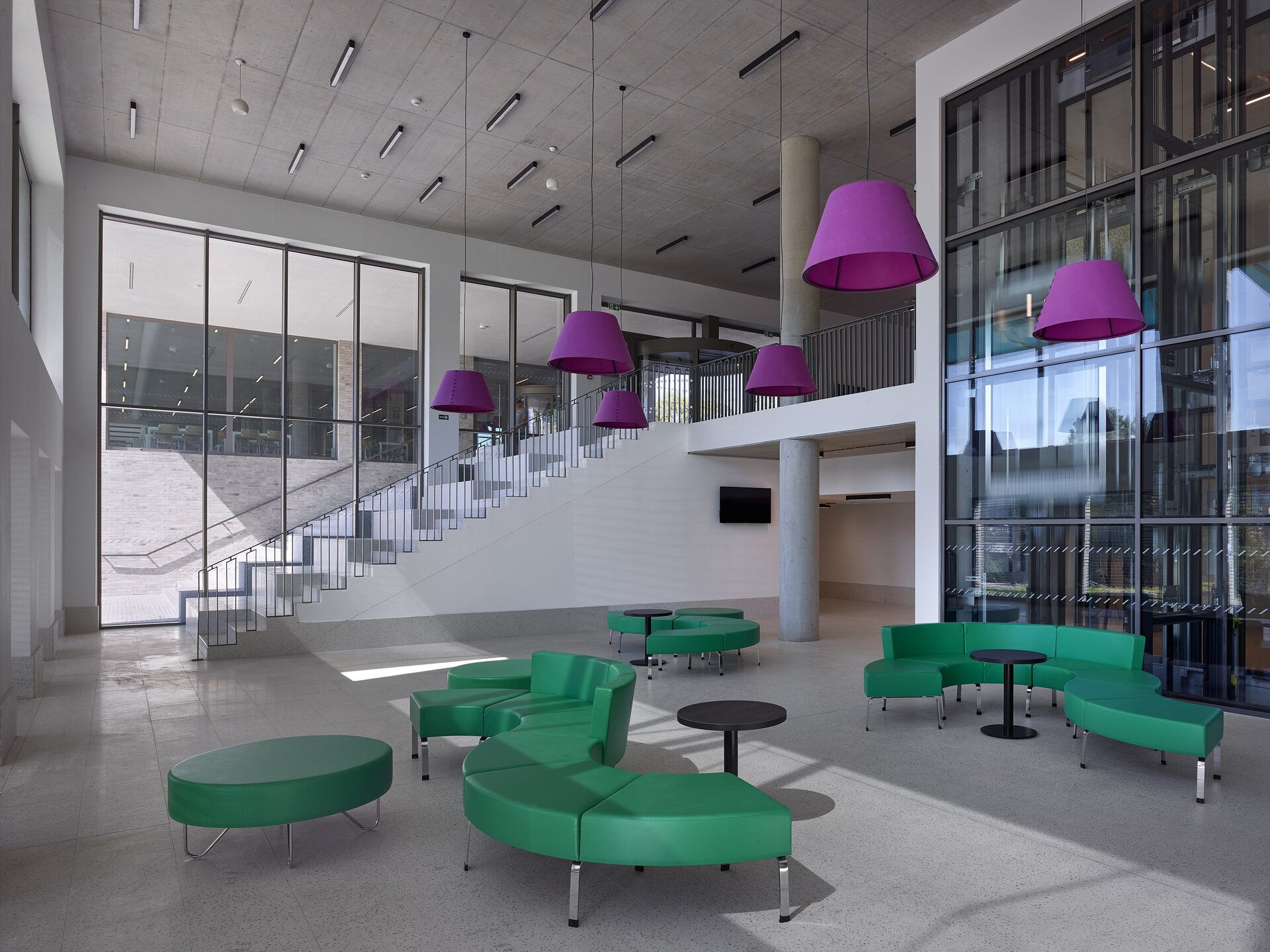 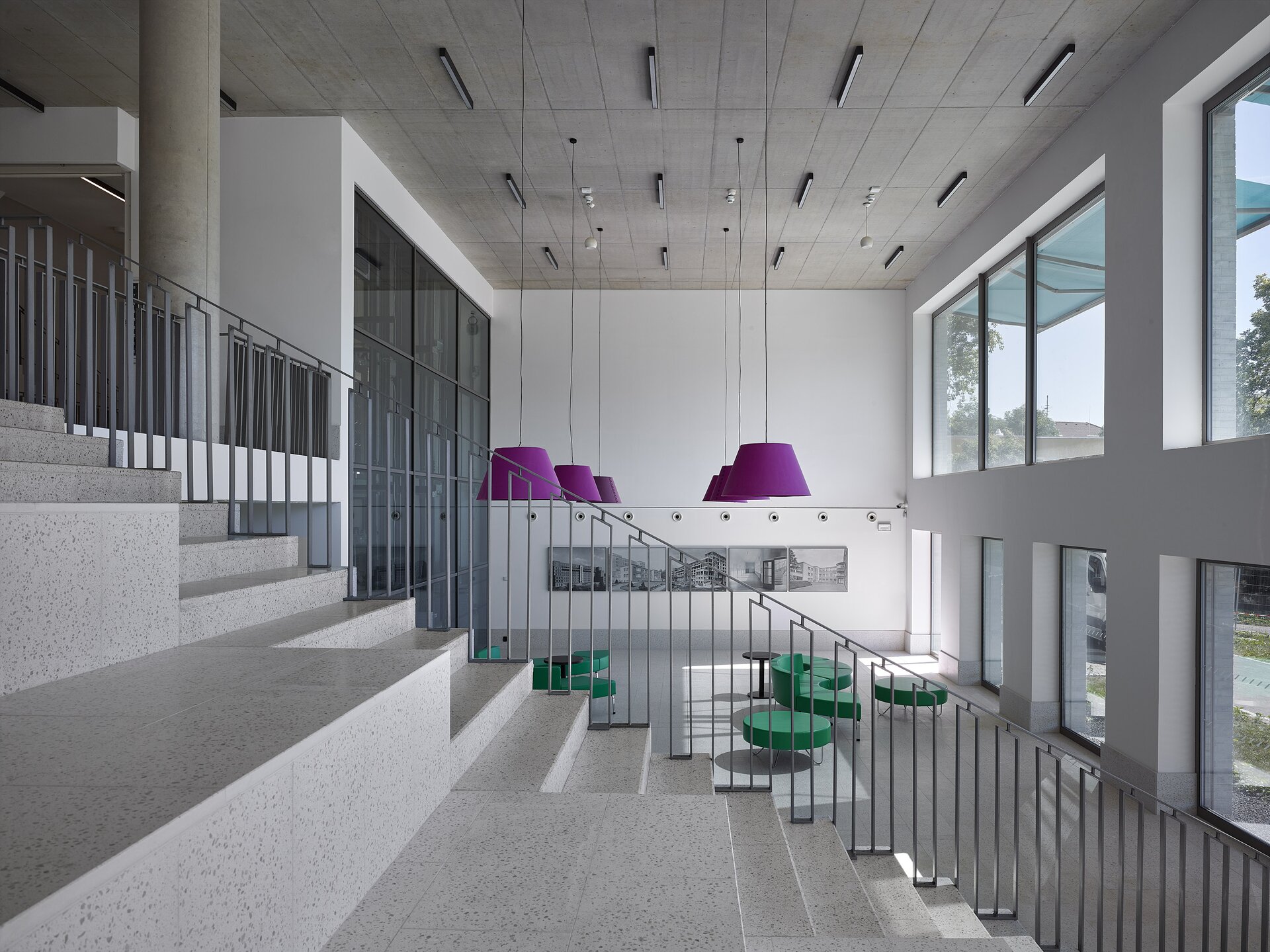 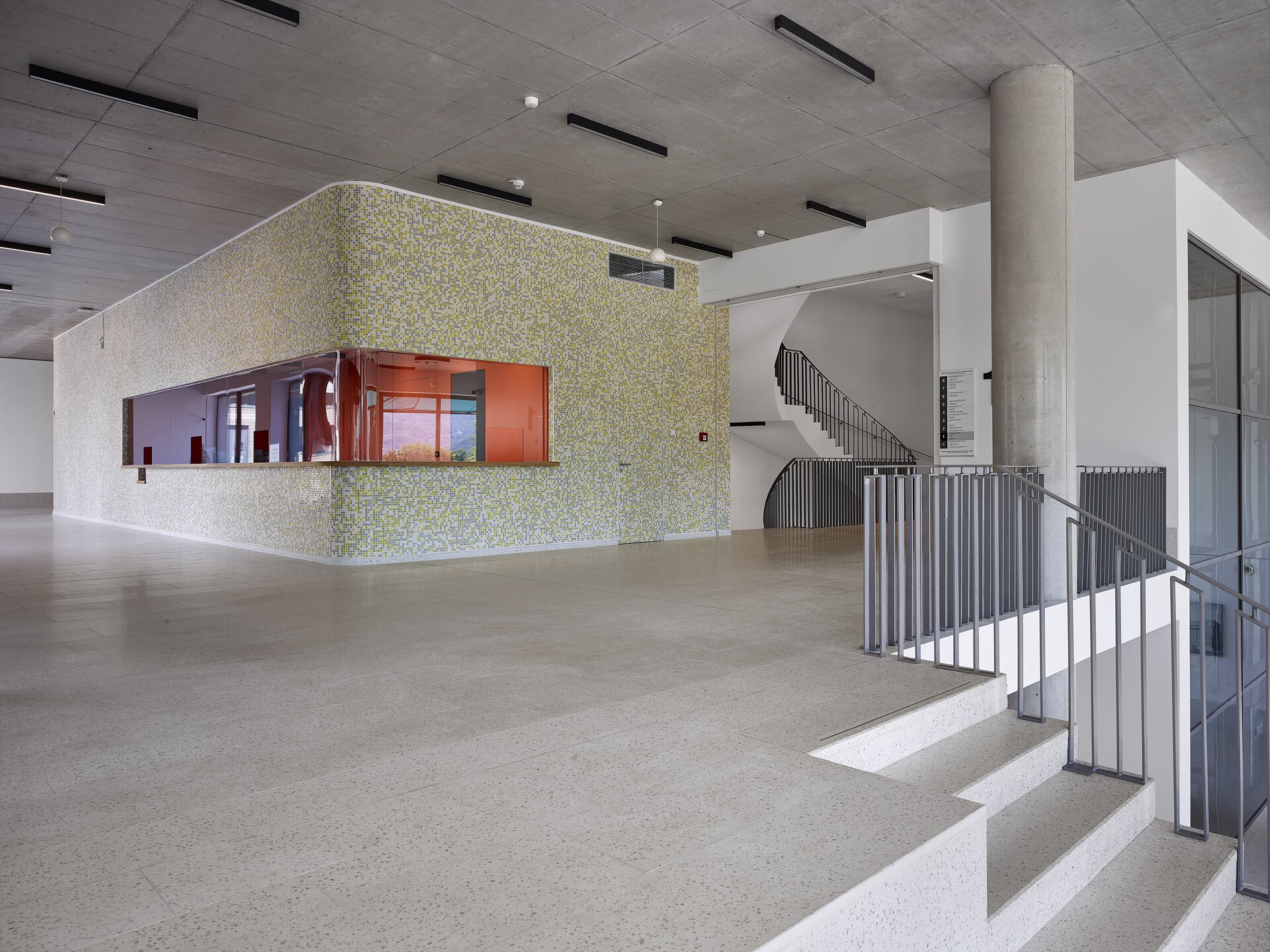 The design creates a unit out of the torso of the campus which is incorporated into the urban texture of the city. It makes use of a clear urban typology forming a space and links with a distinct character: a square, meadow, park, promenade, gate, city stairway, city terrace.
The square at the focal point of the campus is the only city articulated public space. One enters from there the CPTO building which forms the border on the east and the south. The view of the wooded slopes opposite does not enclose its volume, however, as it is on the level of the main floor through the gate with the steps to the park and the open space of the dining hall. The foyer in front of the lecture halls in the eastern wing also opens up toward the park. The space of the square is thereby visually linked on the level of the main floor with the “public” spaces of the building. The shape of its volume forming a figure which is clearly recognizable in the overall picture of the city.

The architecture of the design is concrete in terms of its form, materiality, spatial construction and this both outside and inside. The architecture of the design is also, however, made up of abstraction. The basic features of the facade are the windows, these being the scale of the anthropometric. Its abstracting multiplication in the geometric order, however, serves to allow the whole to emerge on the scale of the city and the landscape.It has an L-shaped ground plan with longer longitudinal wings situated on the east-west axis alongside its contemporaries. The staff offices are located in this wing, while the shorter, transverse spaces are used by students-classrooms and laboratories. It is expanded on each floor with the space of the rest area opened up on the southern facade with a view of the city and the Elbe river valley. The lecture halls are situated in the entrance floor while other large classrooms are located a floor lower.