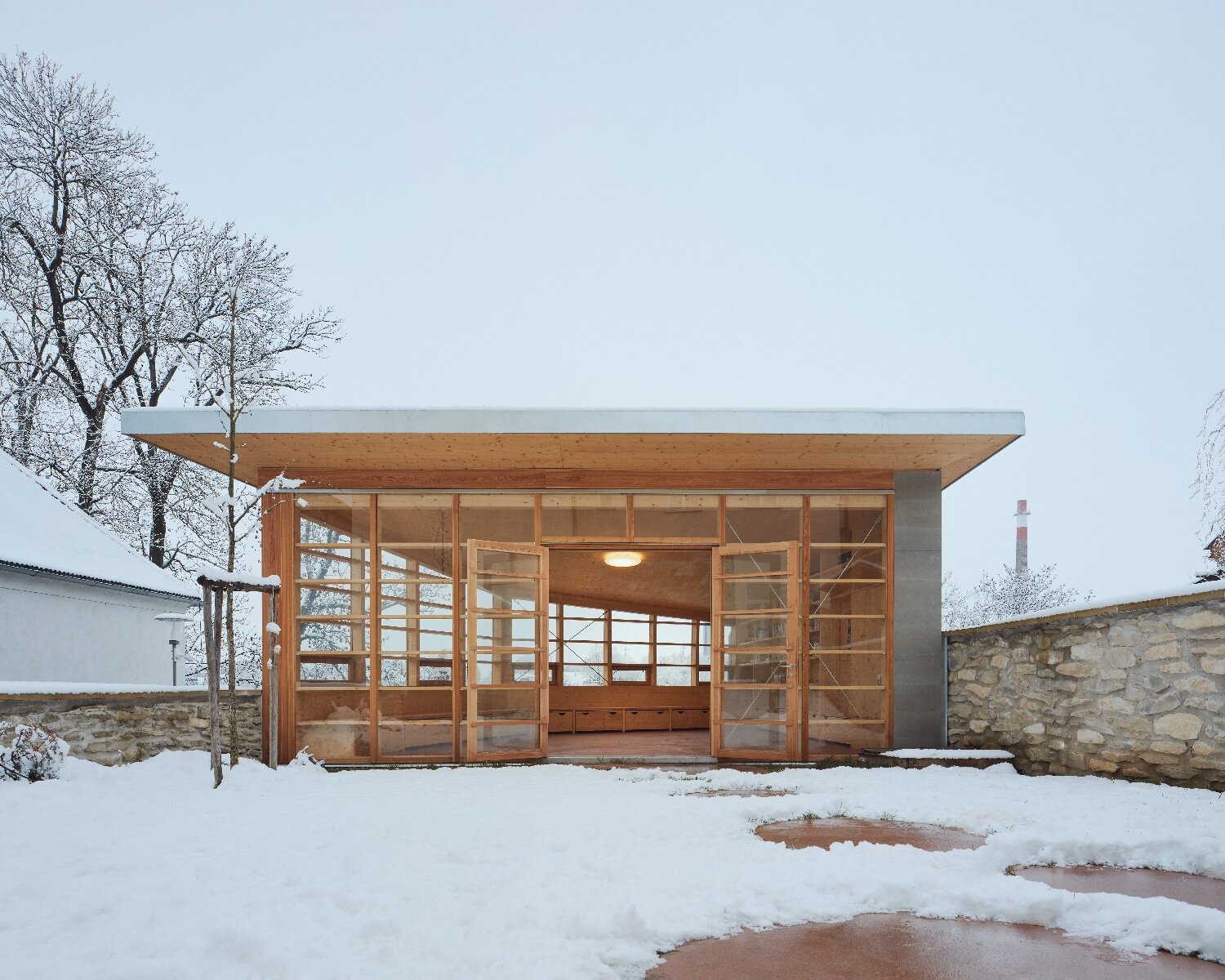 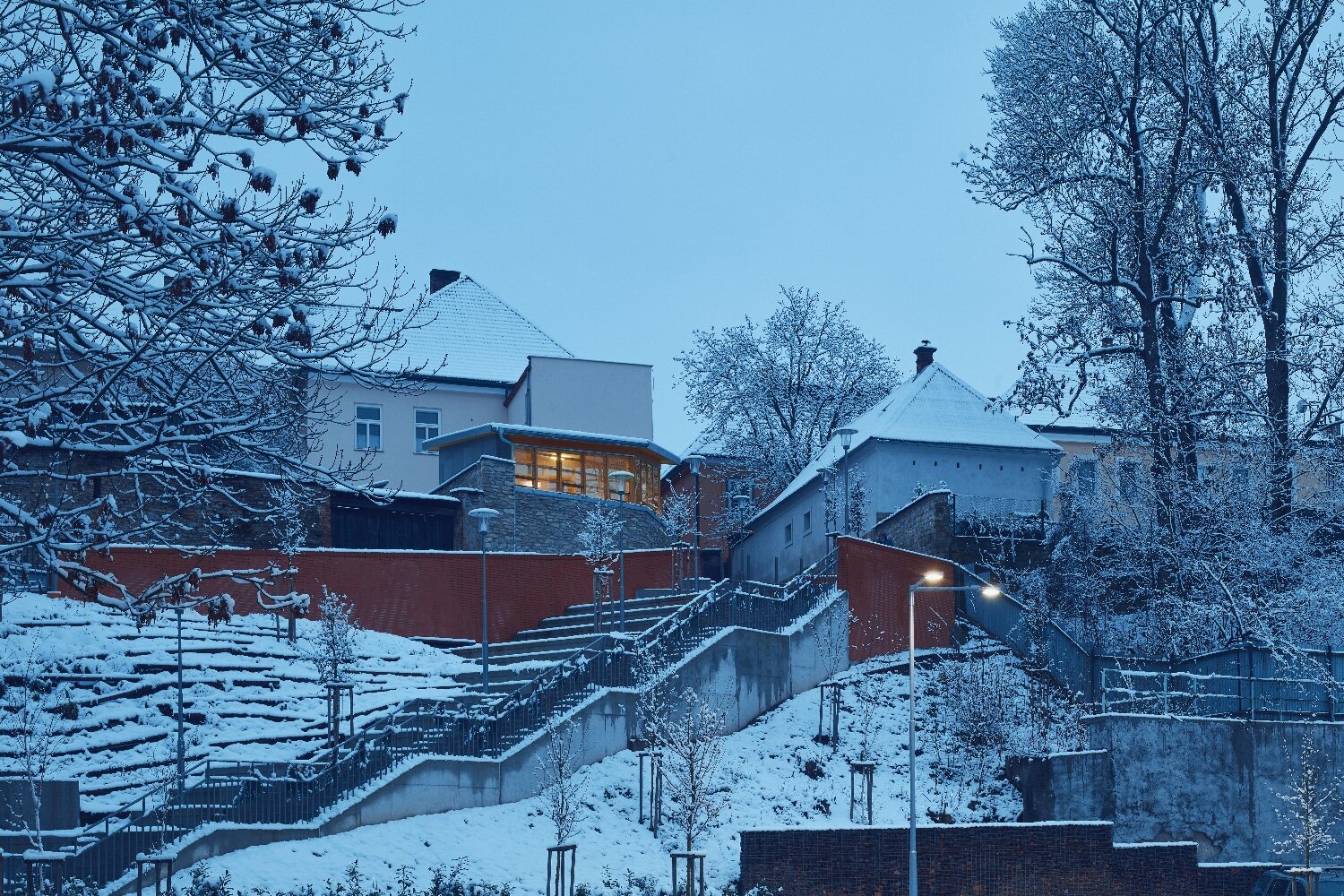 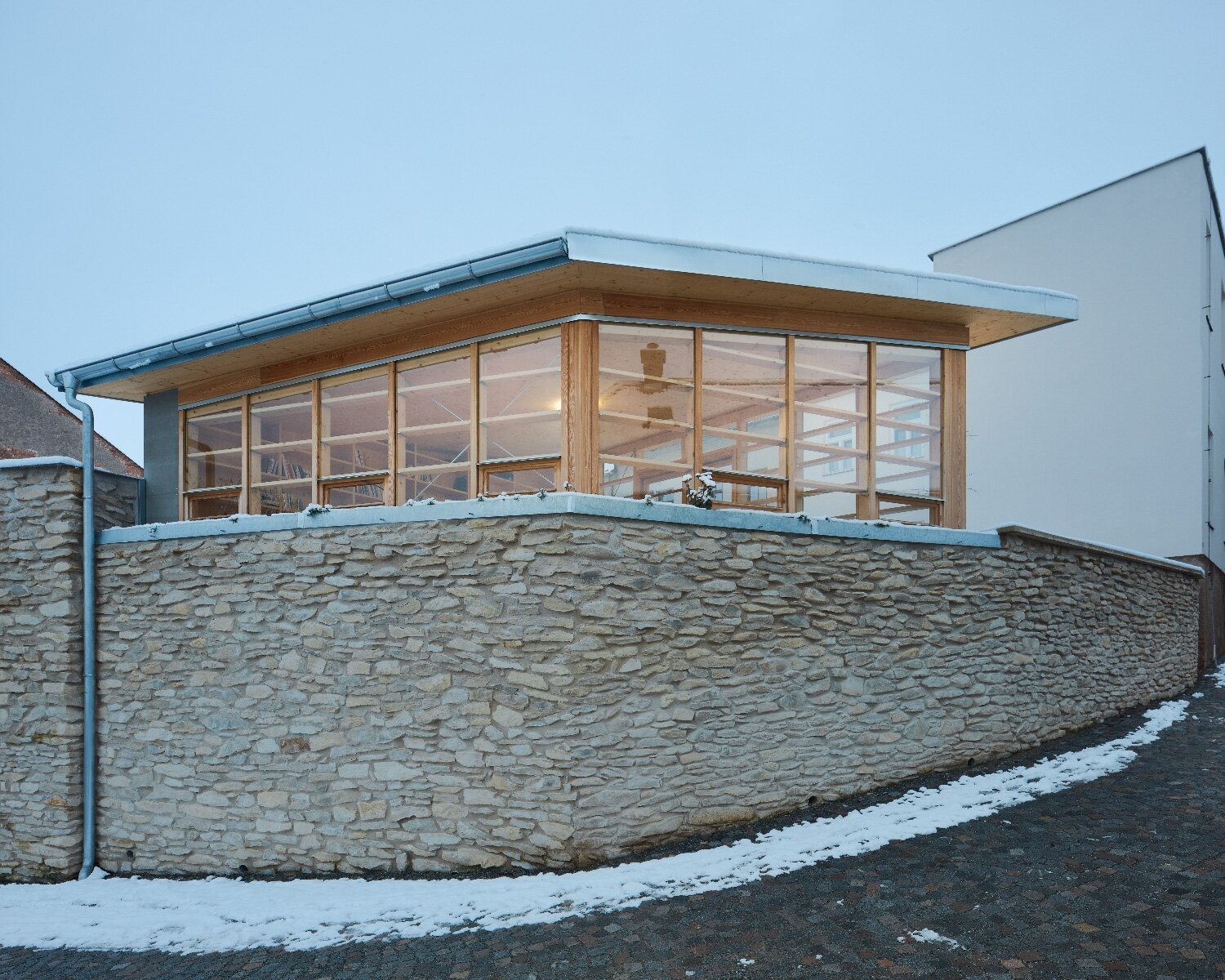 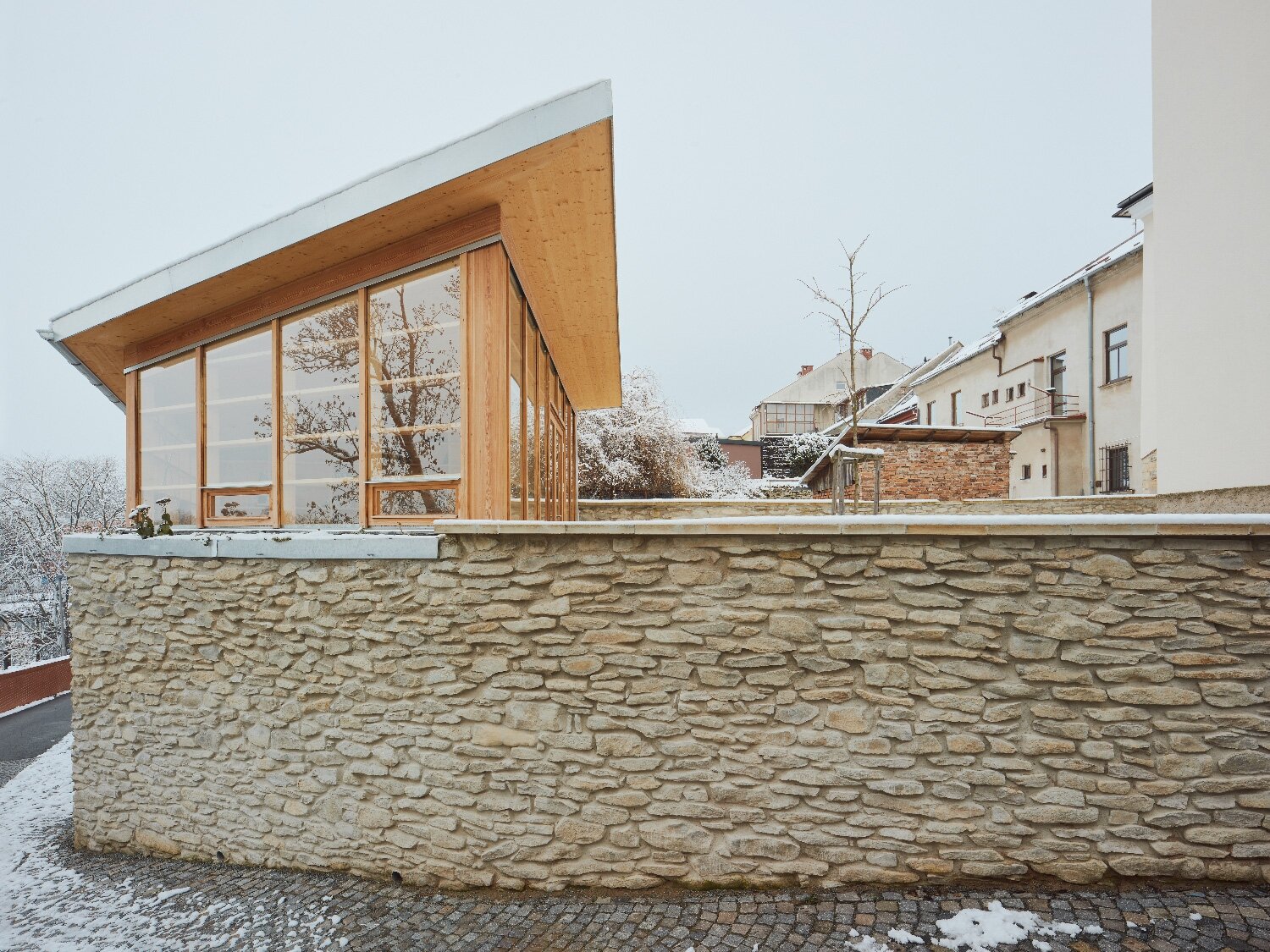 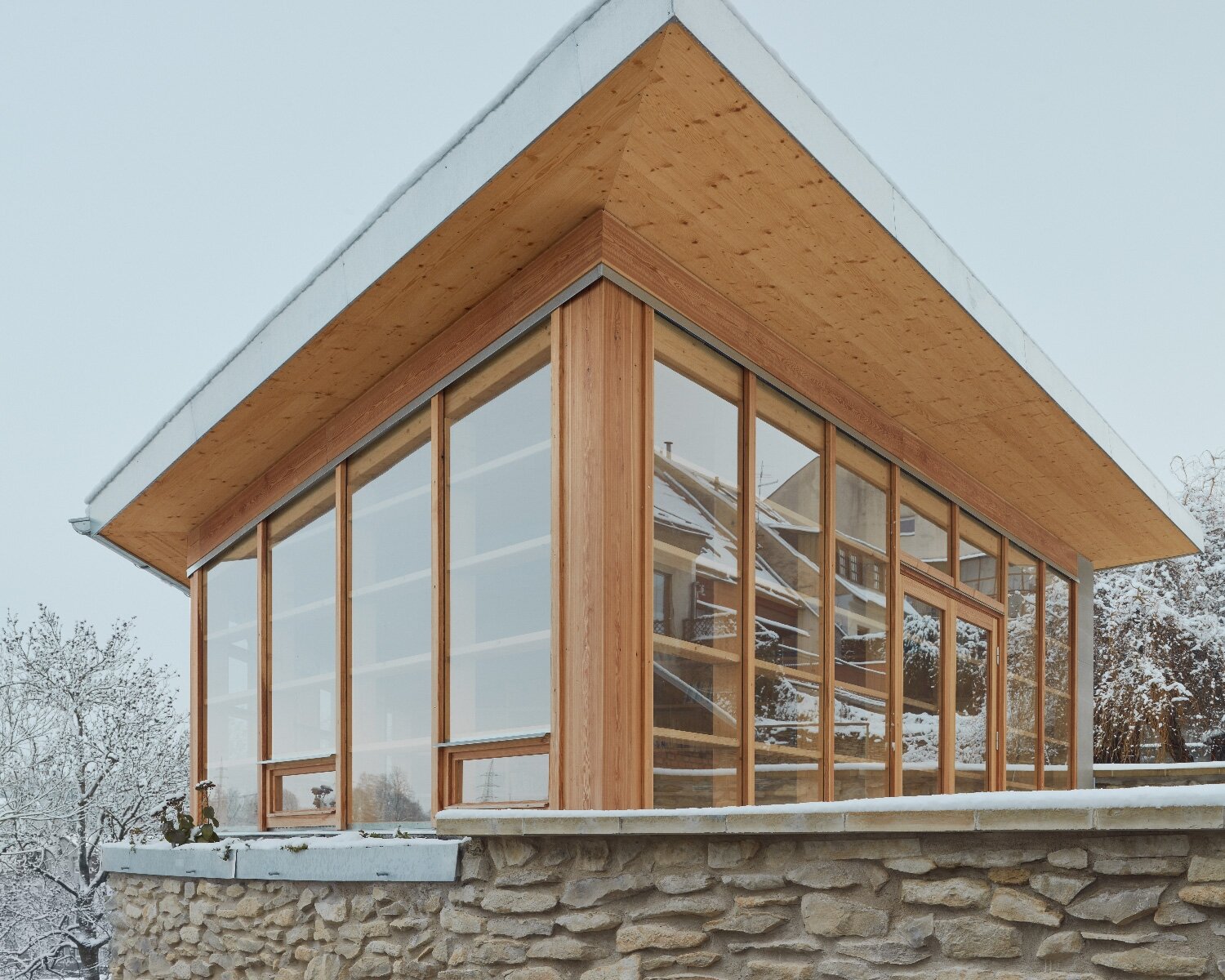 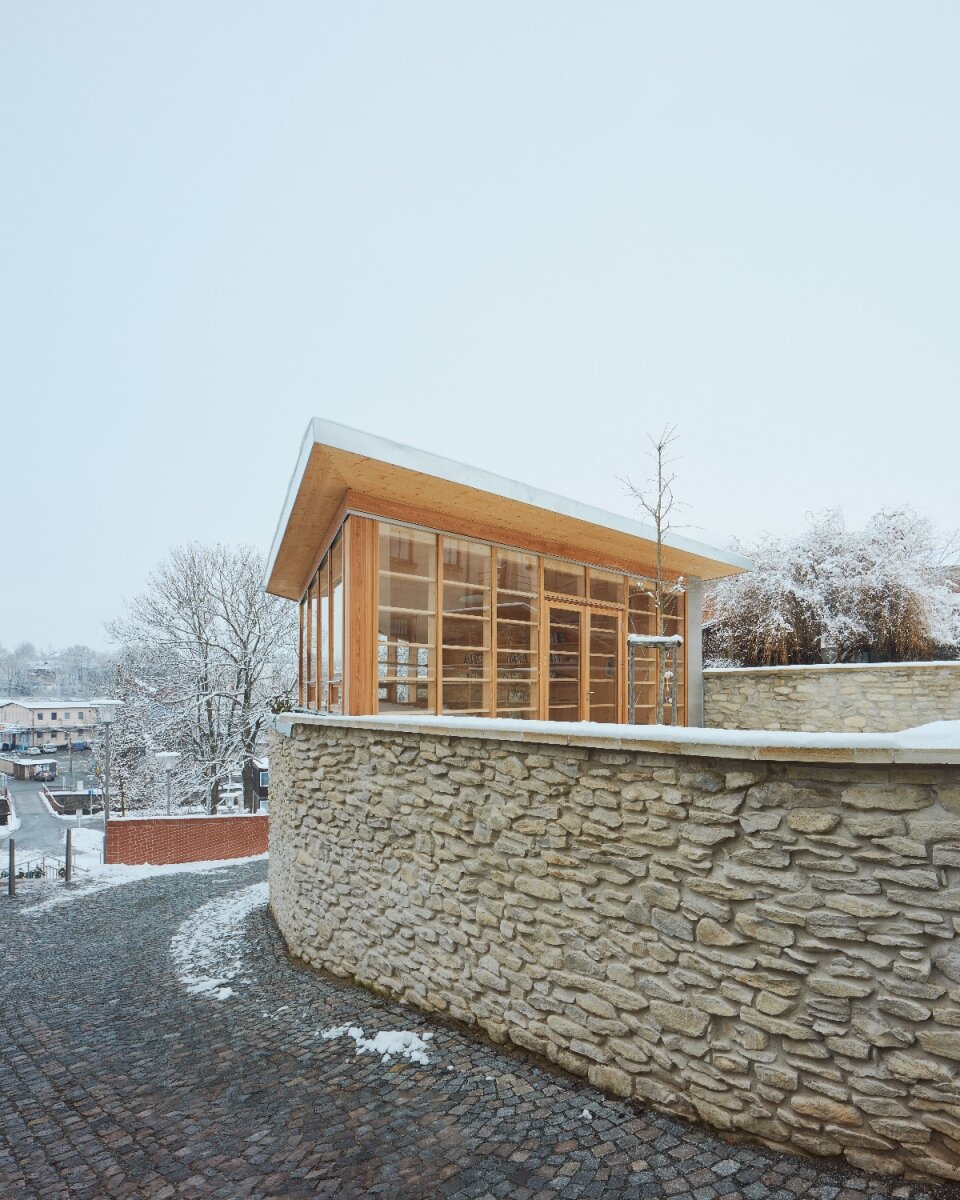 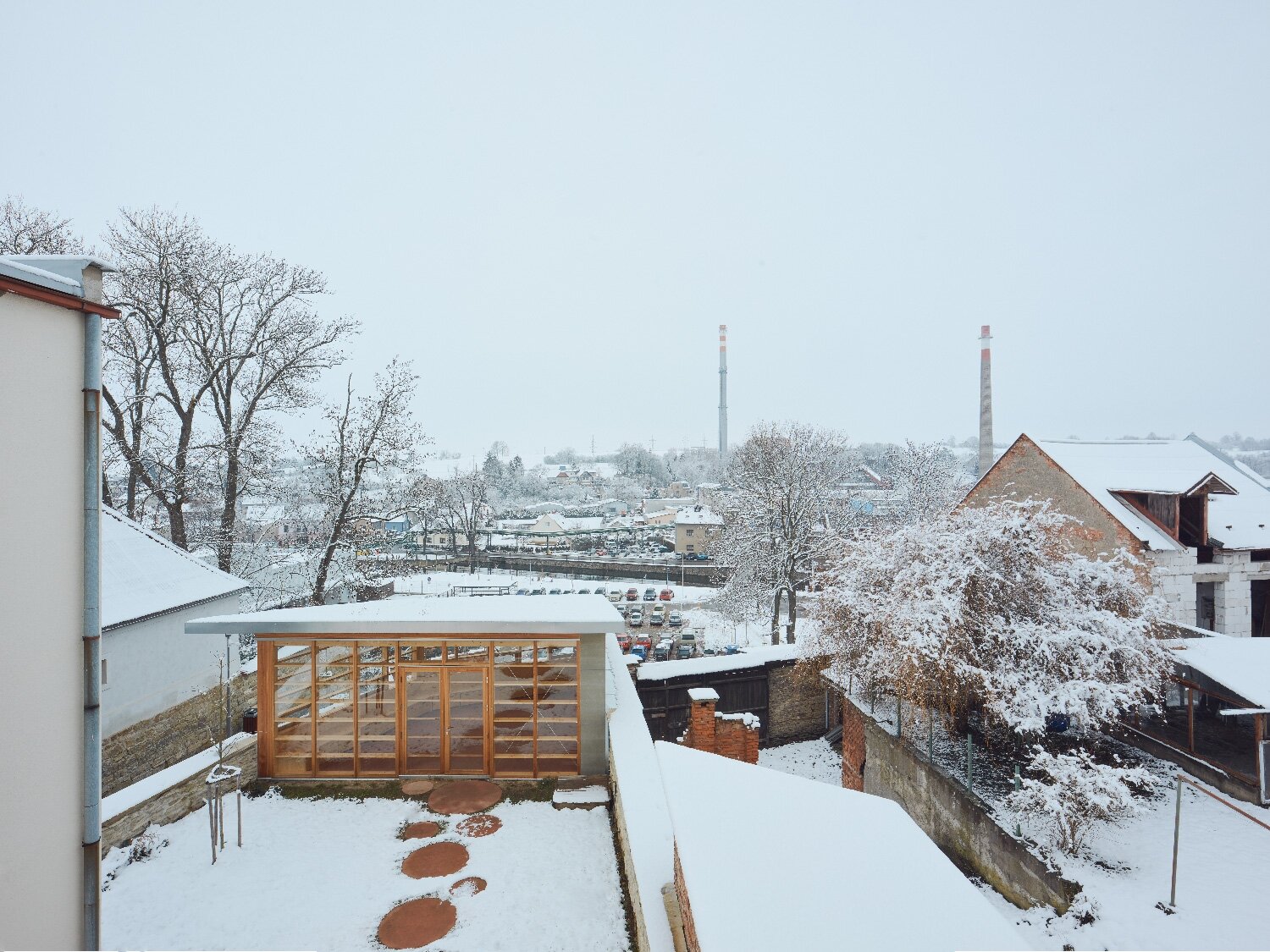 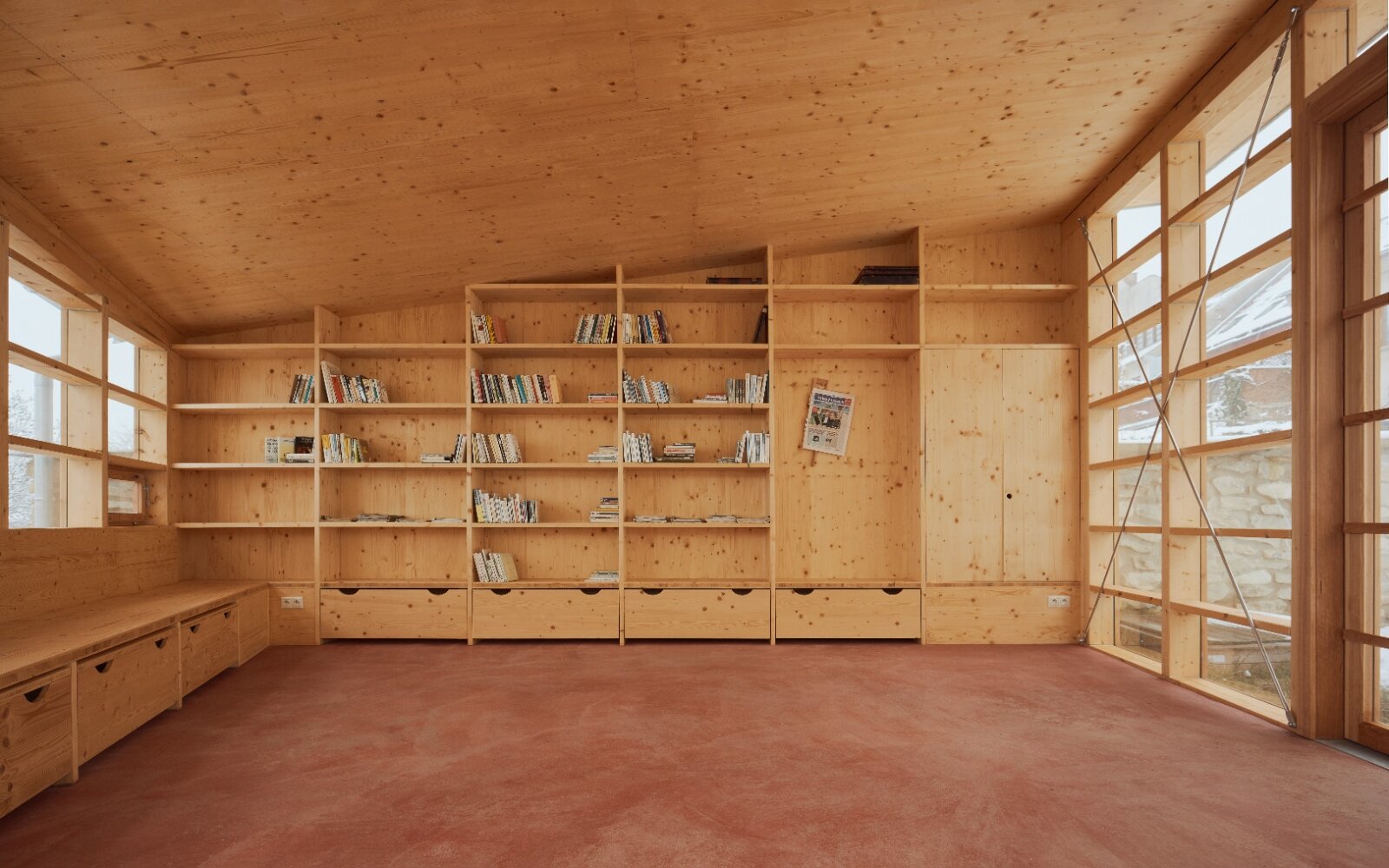 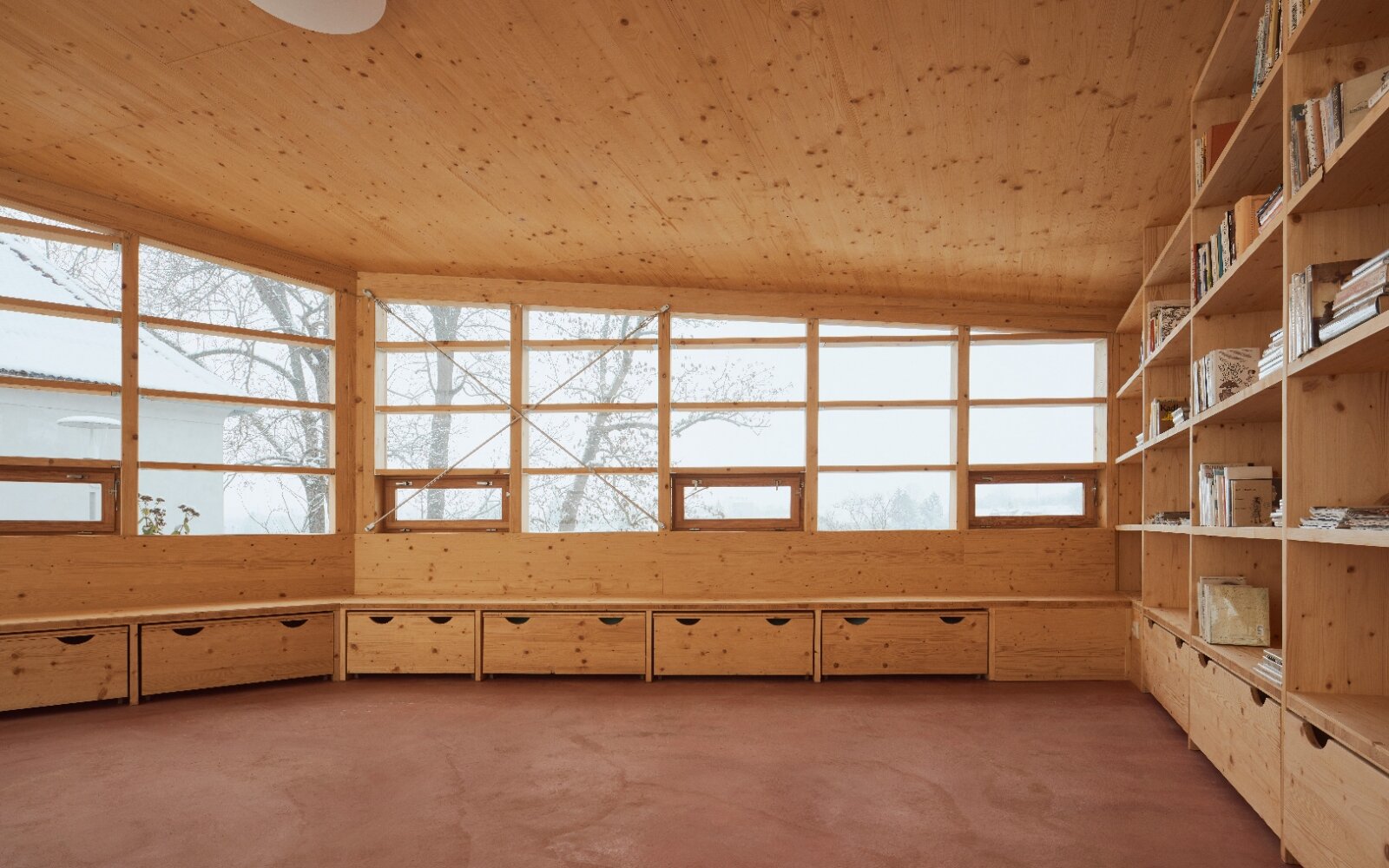 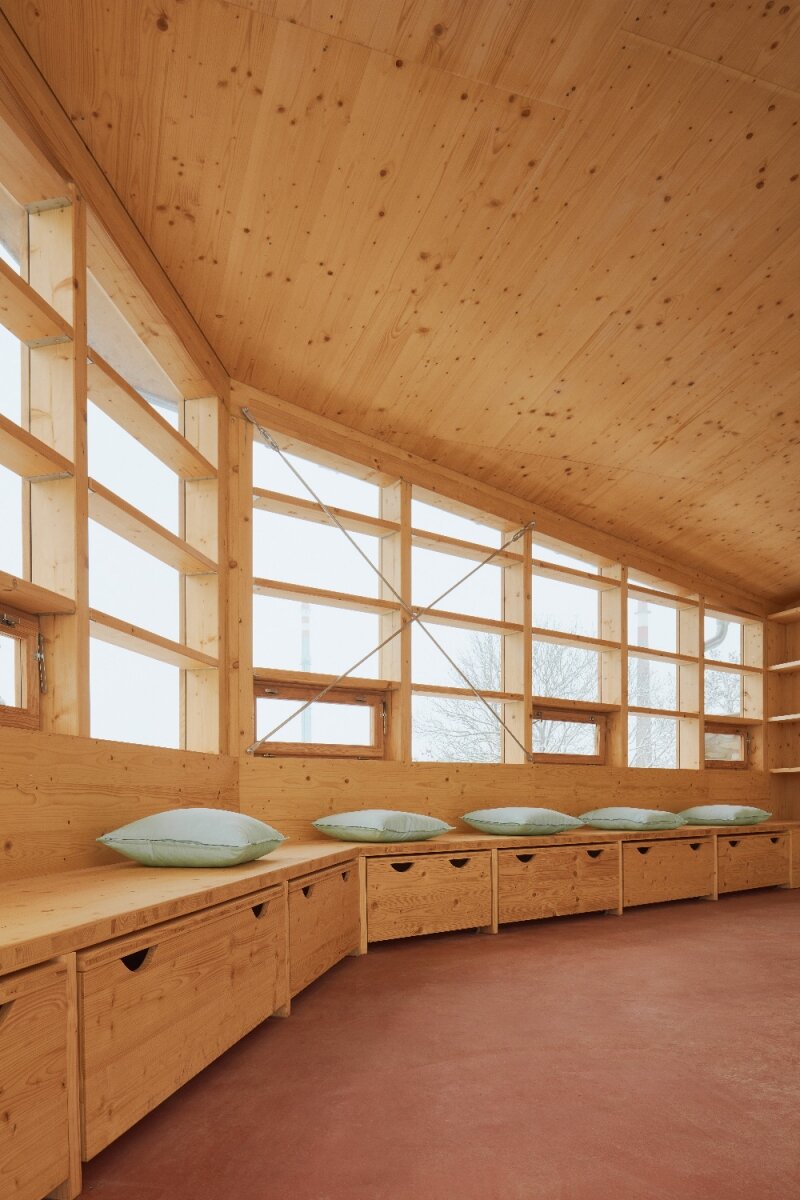 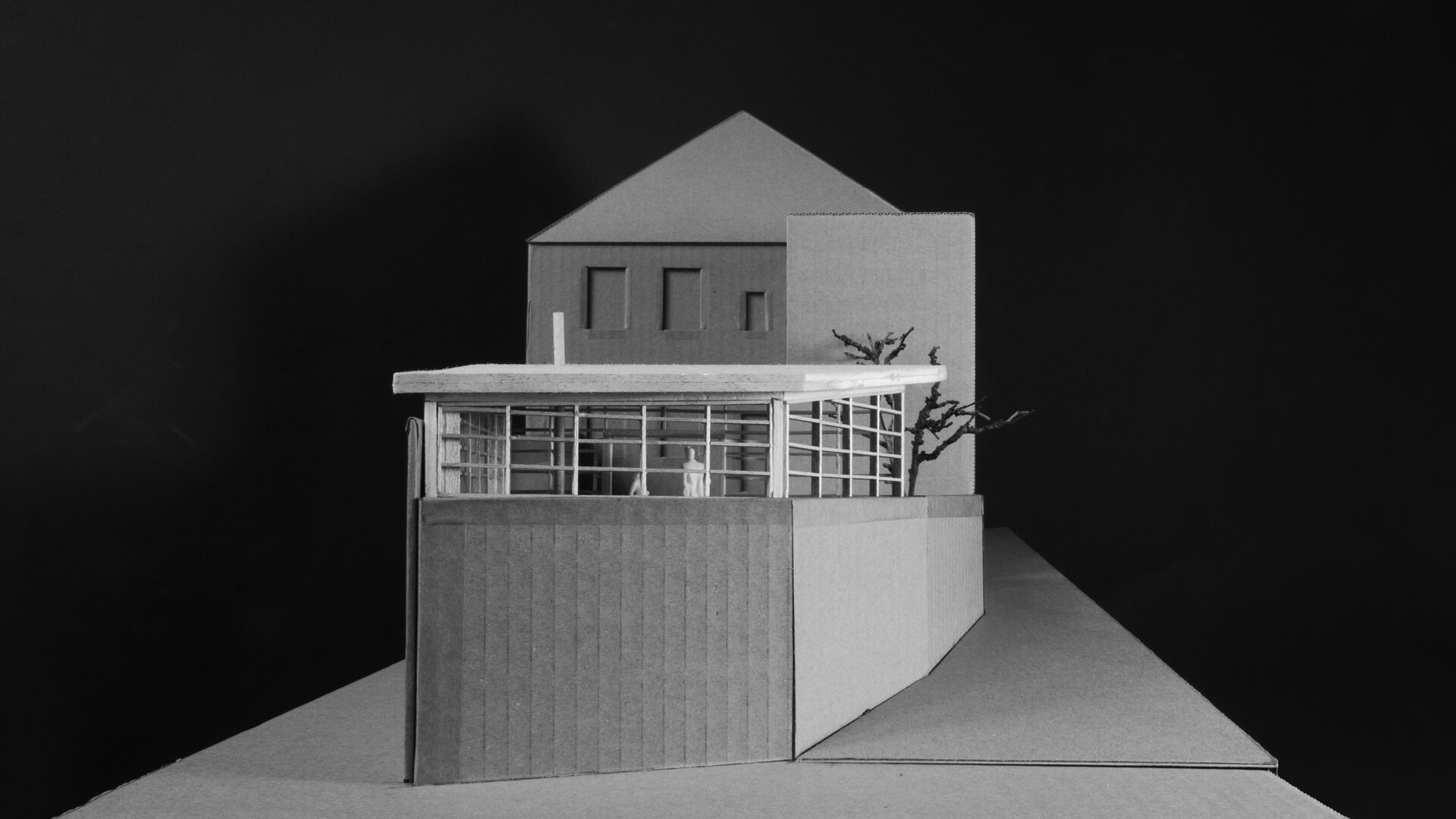 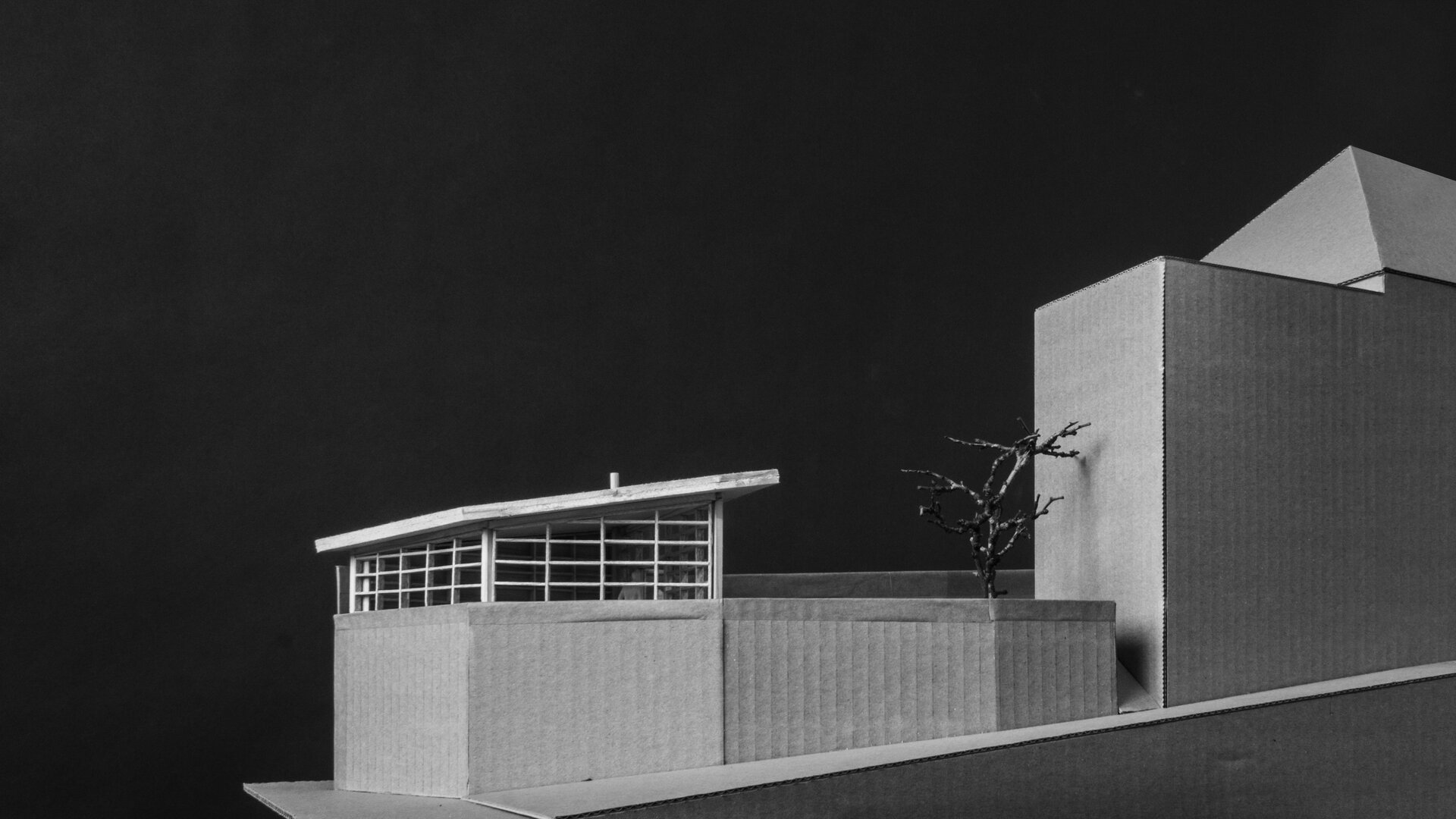 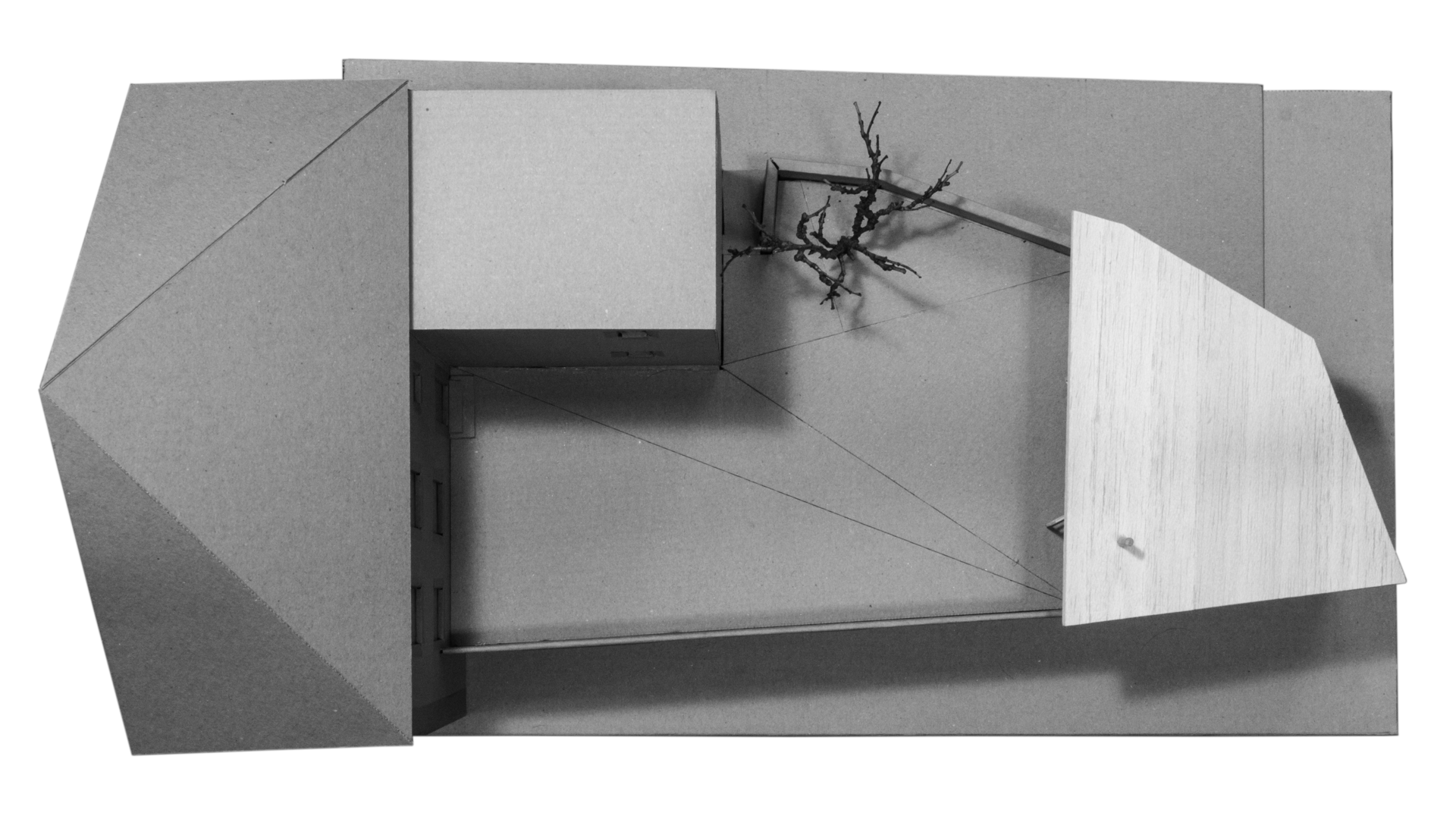 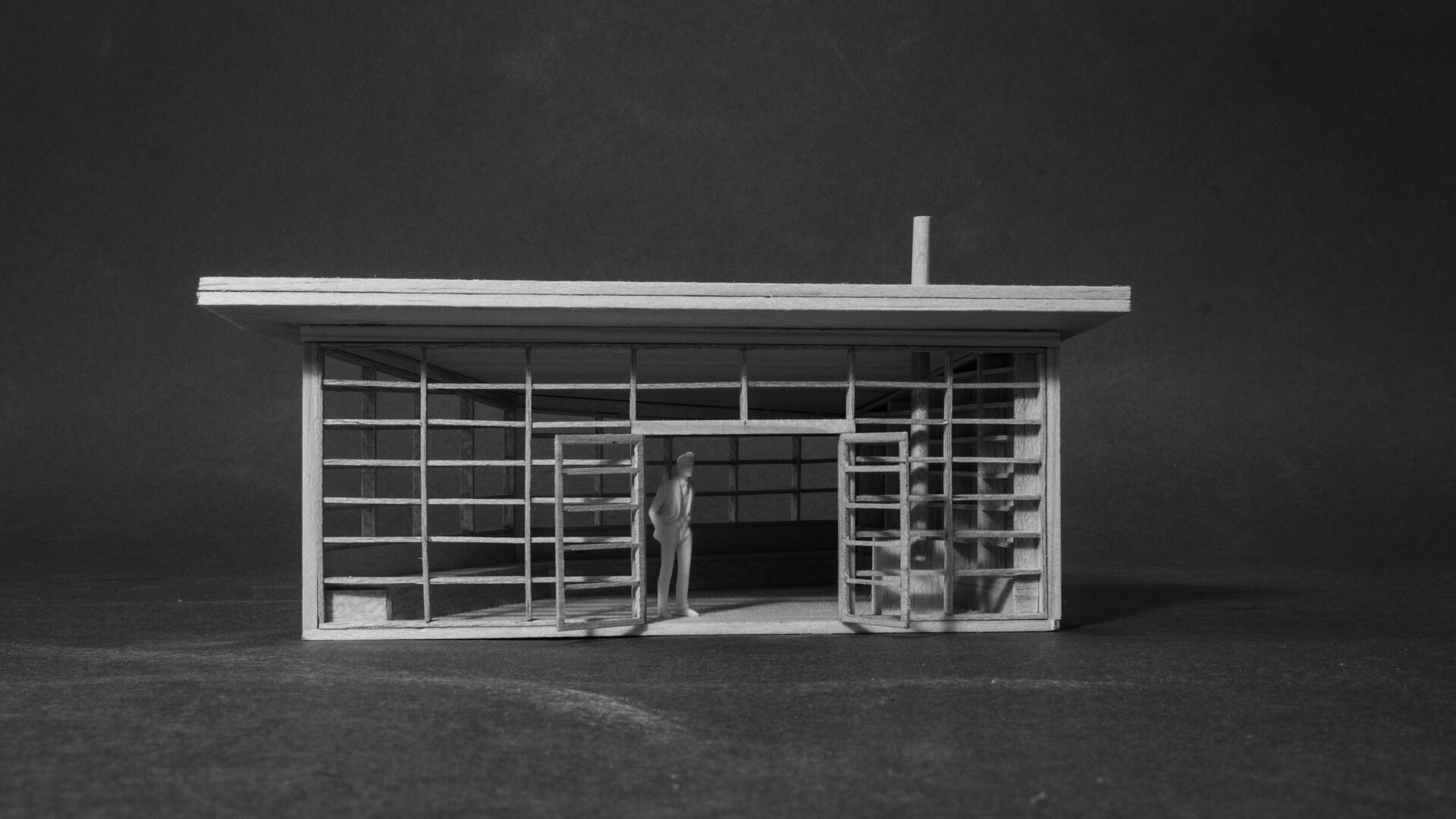 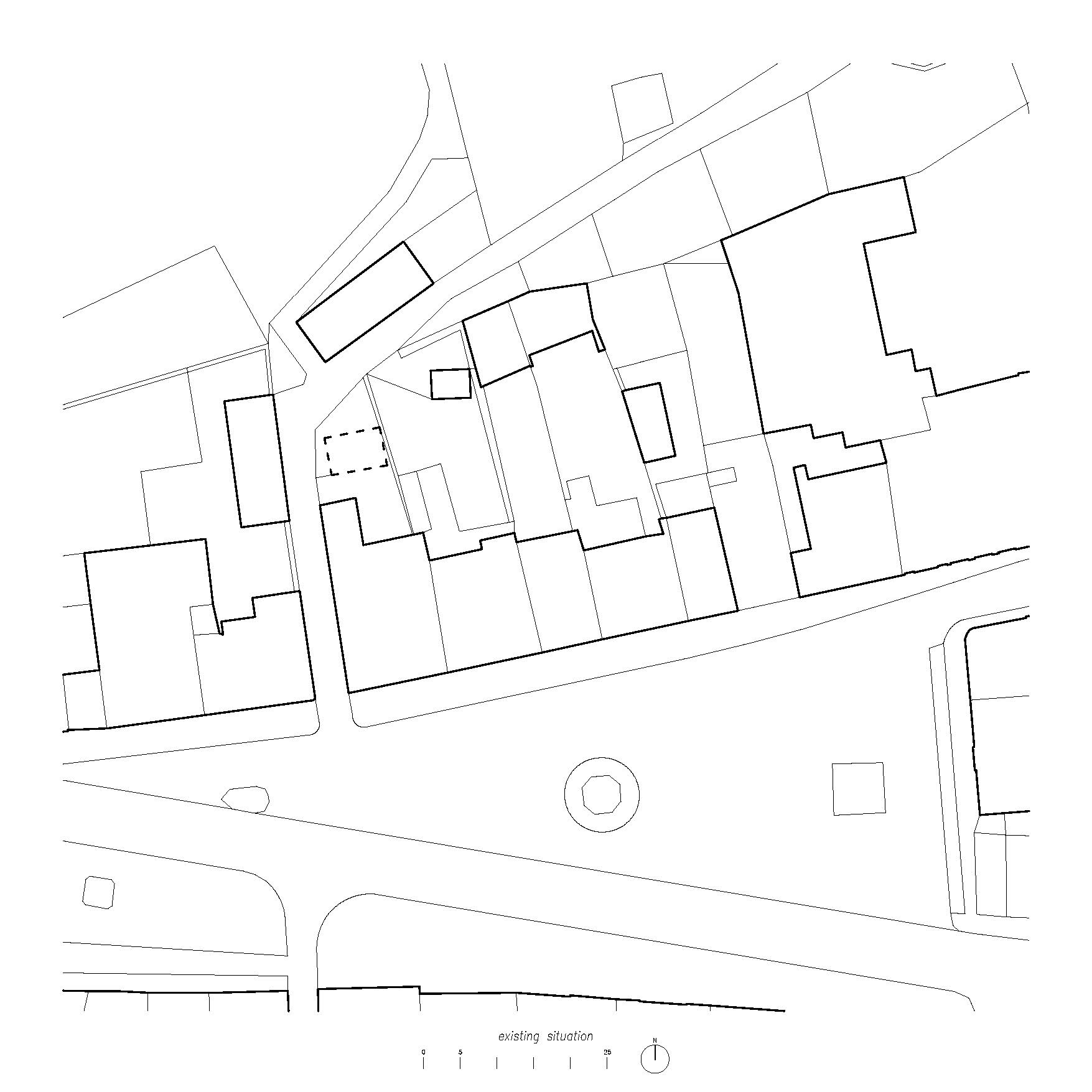 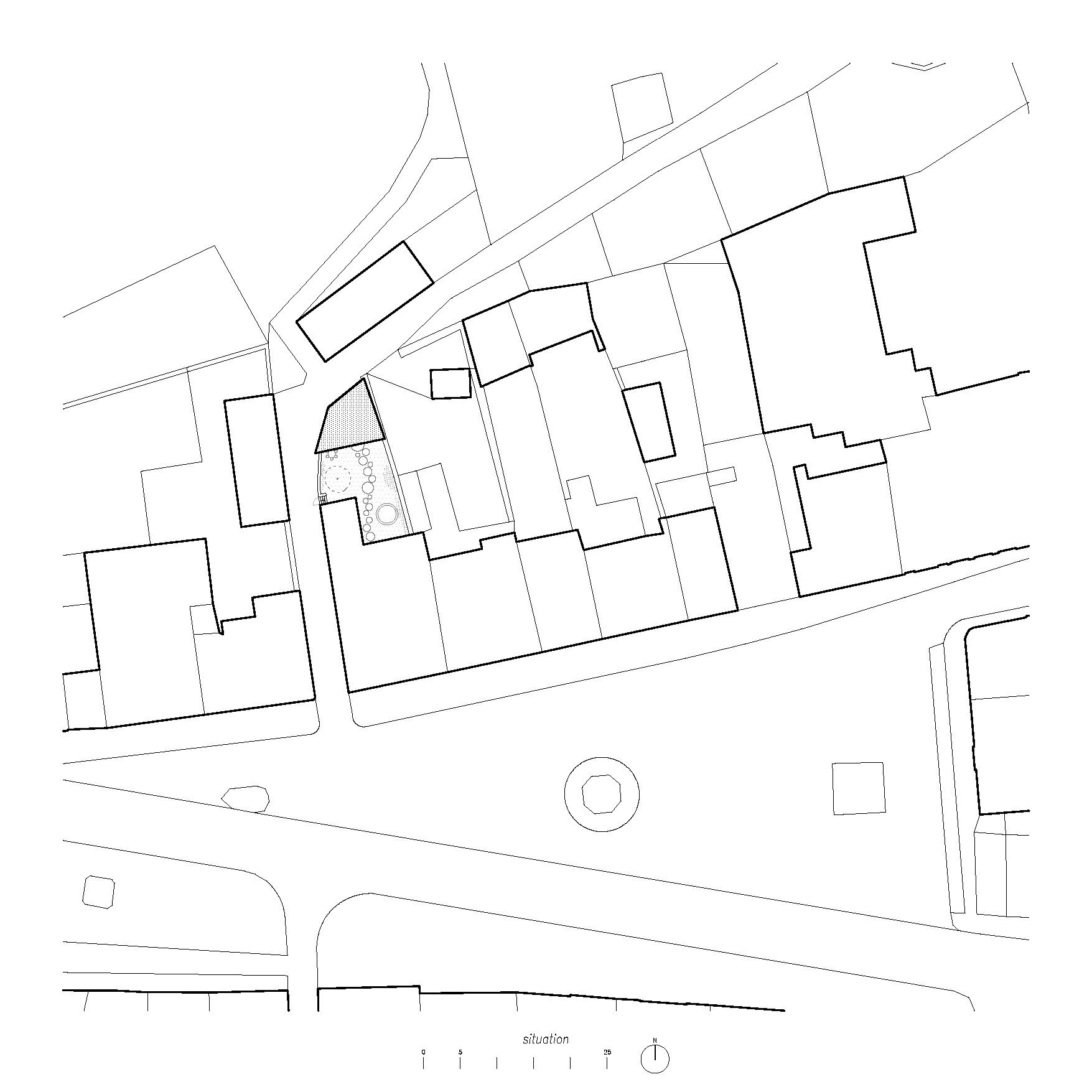 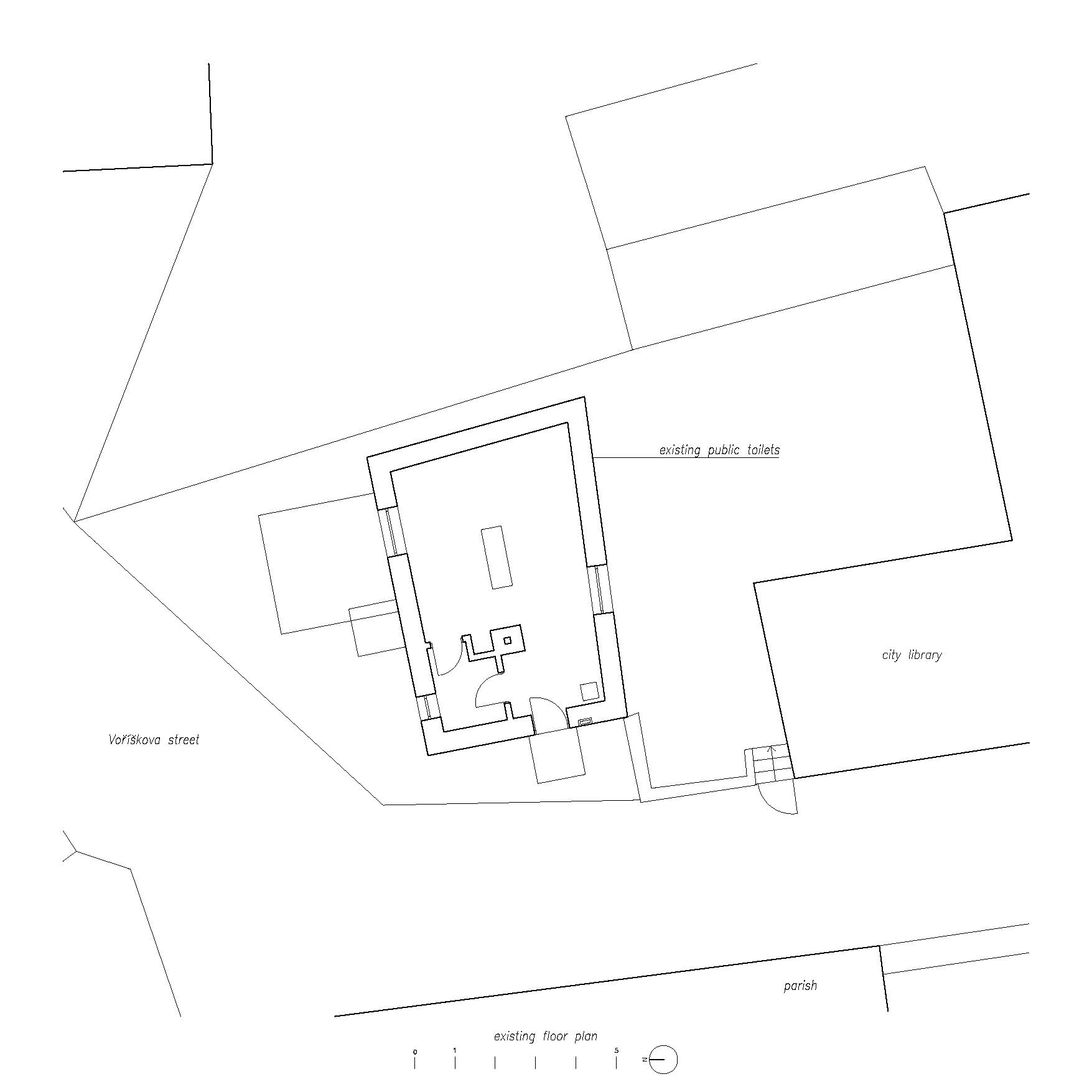 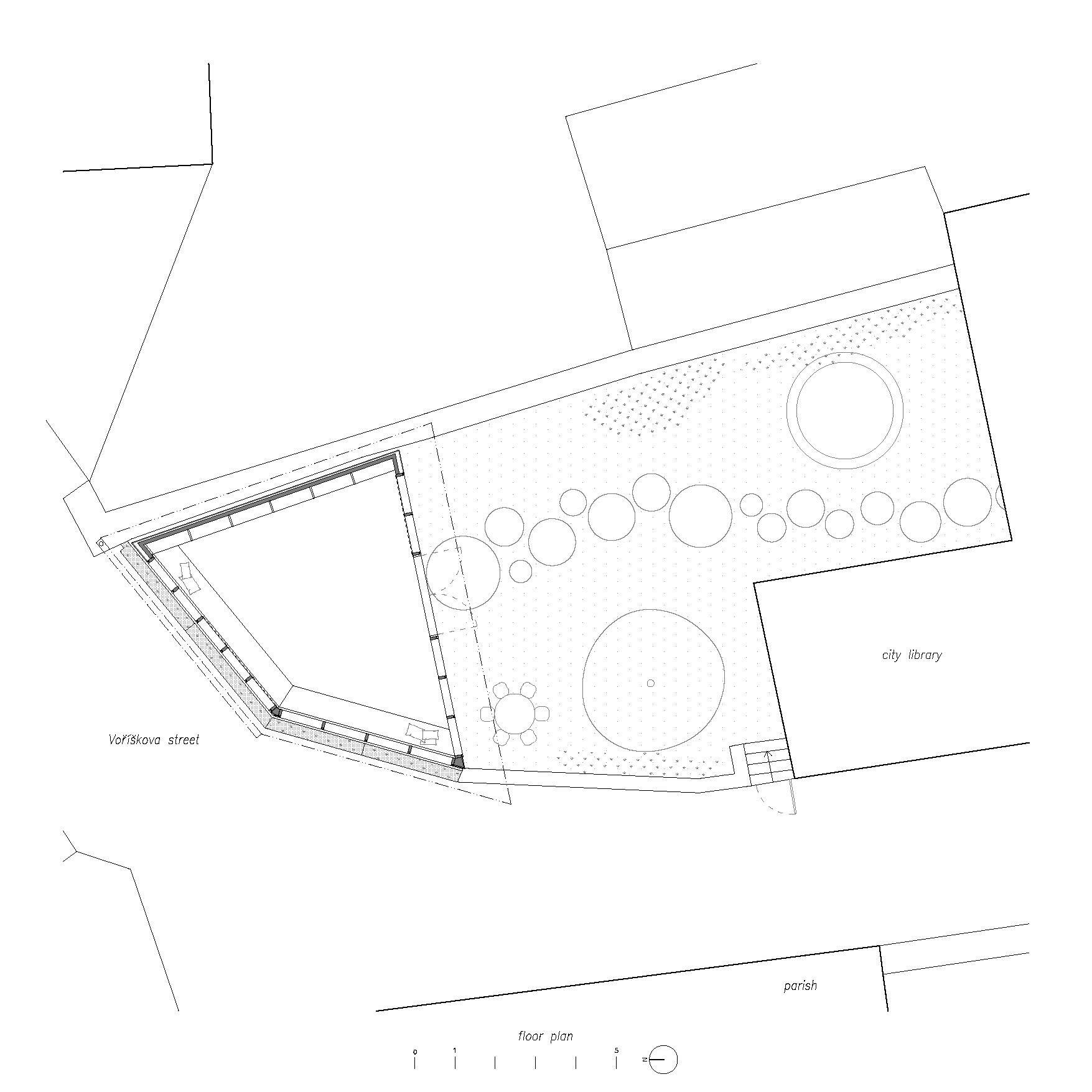 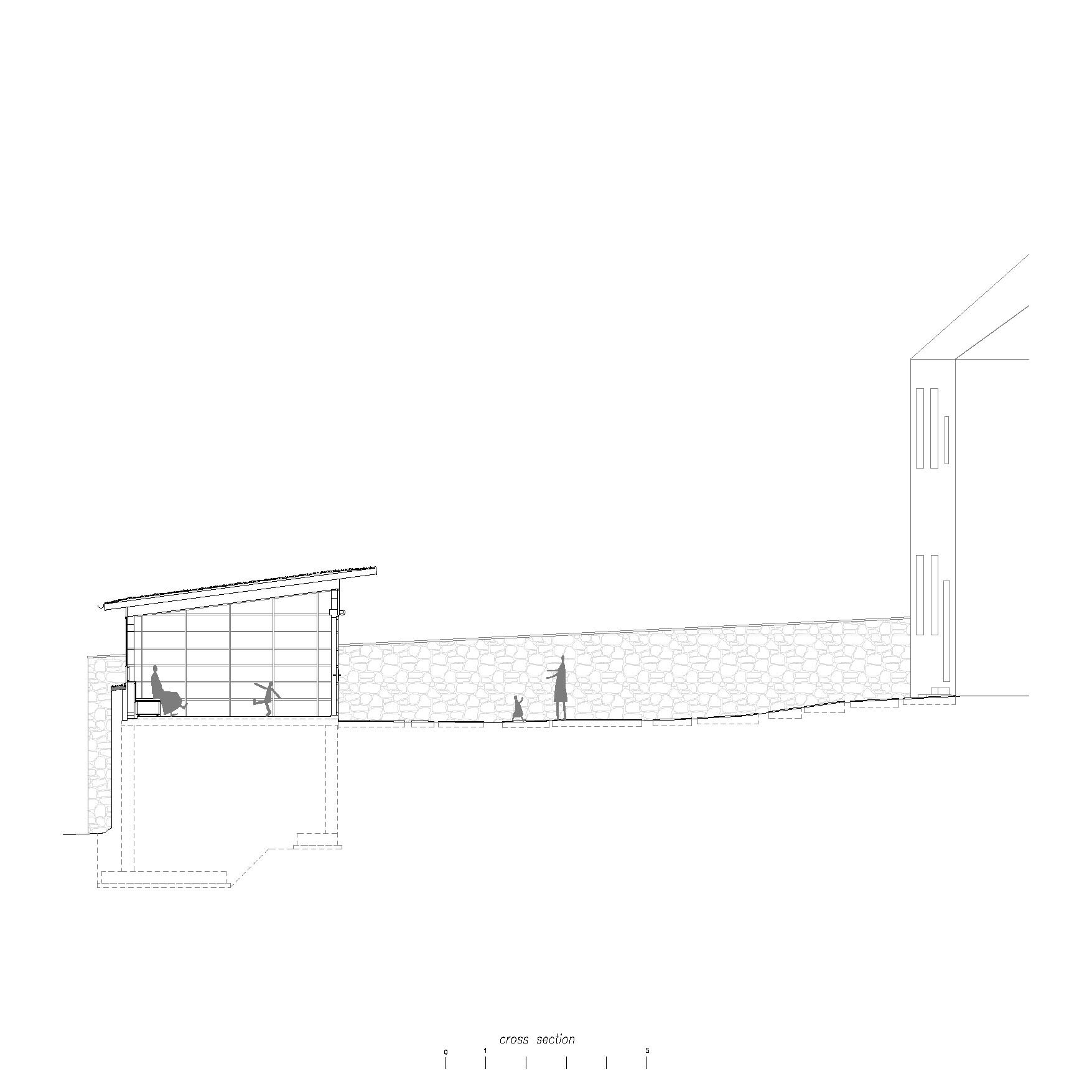 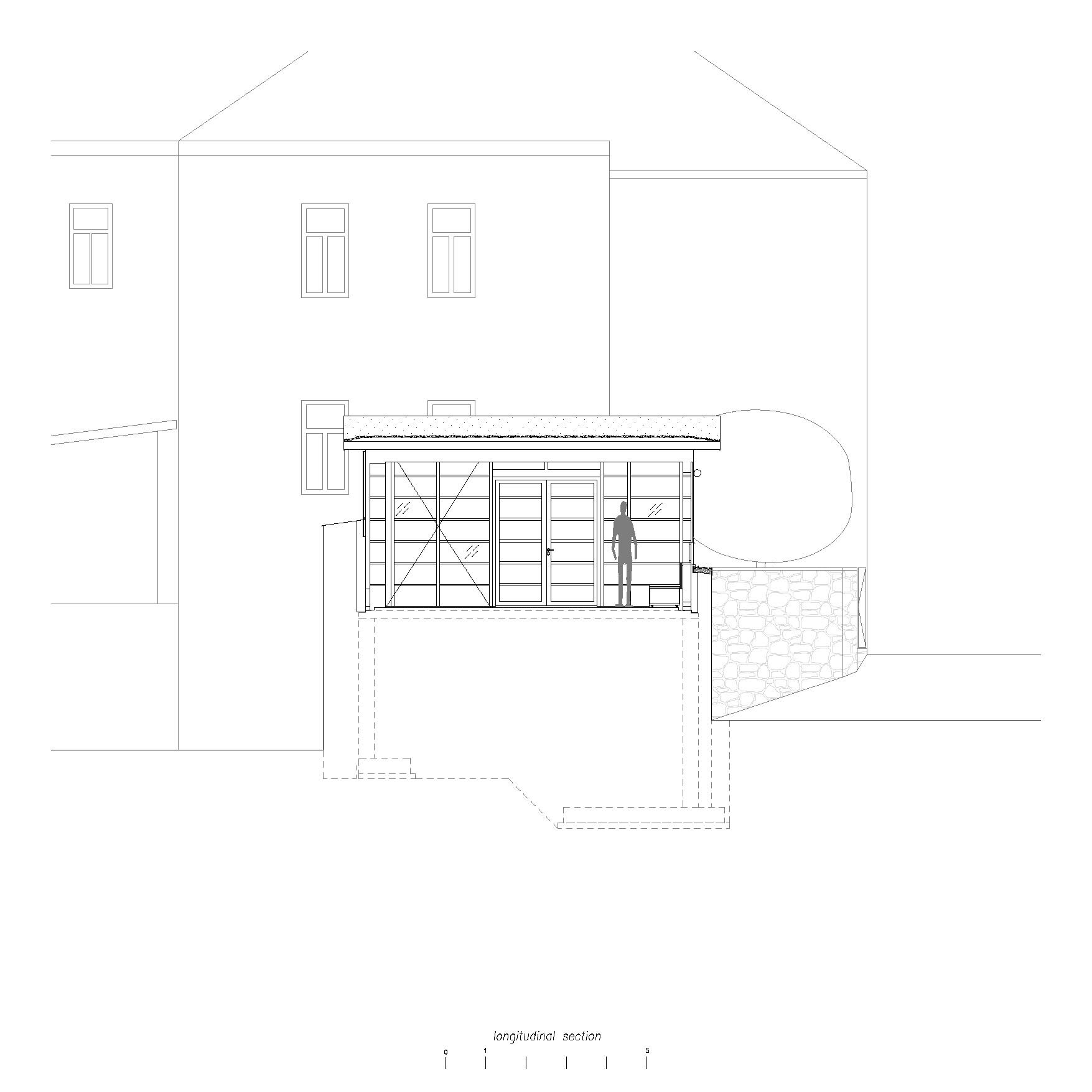 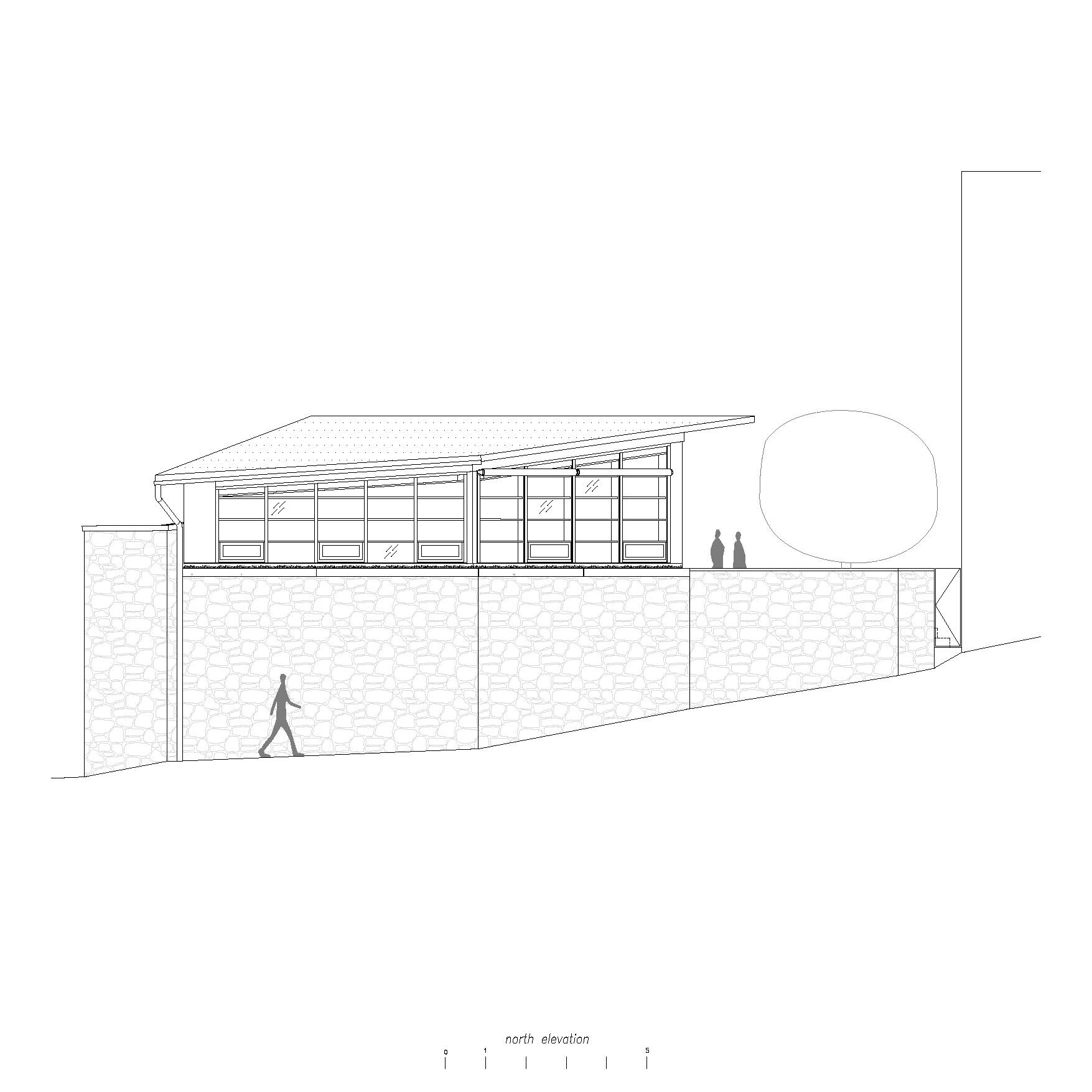 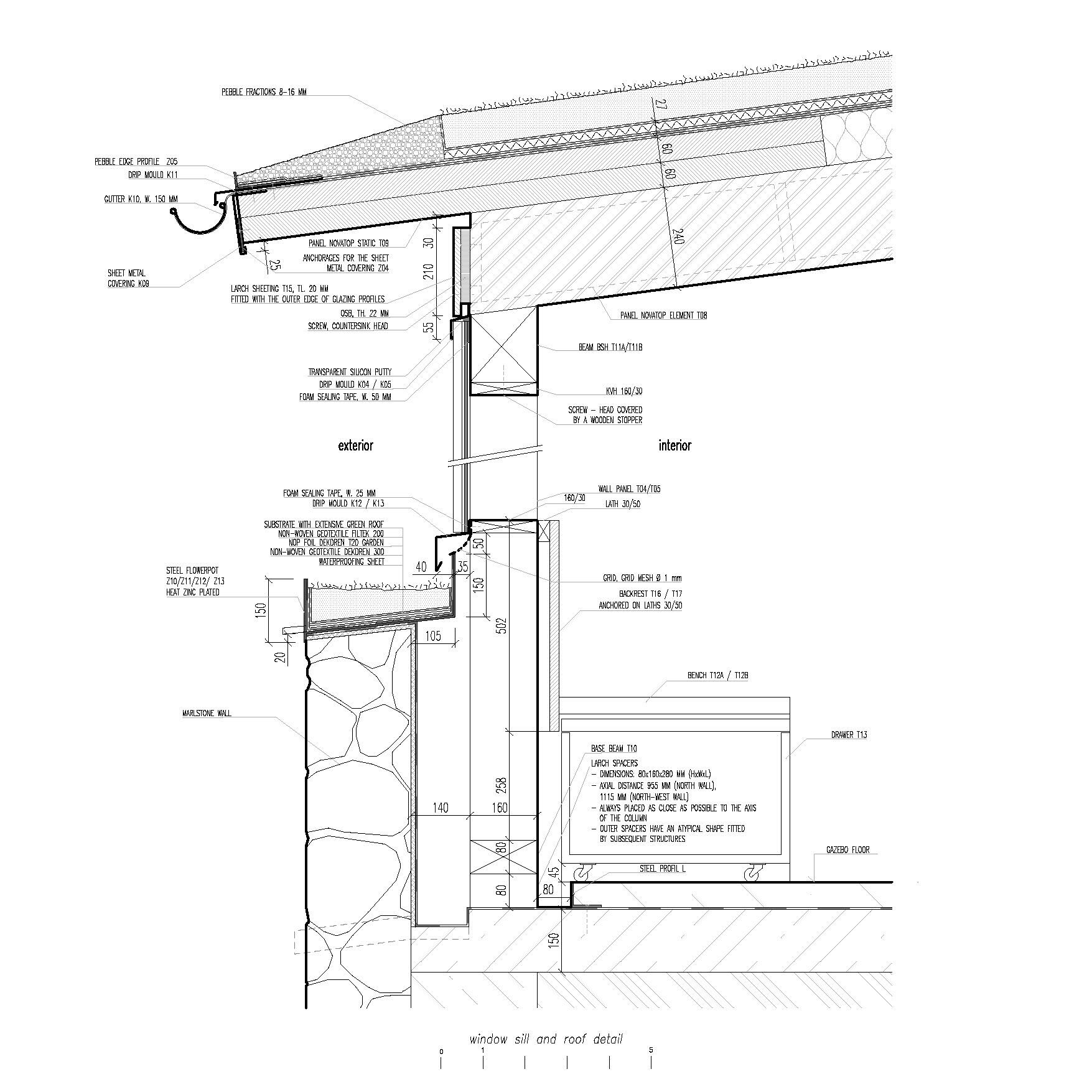 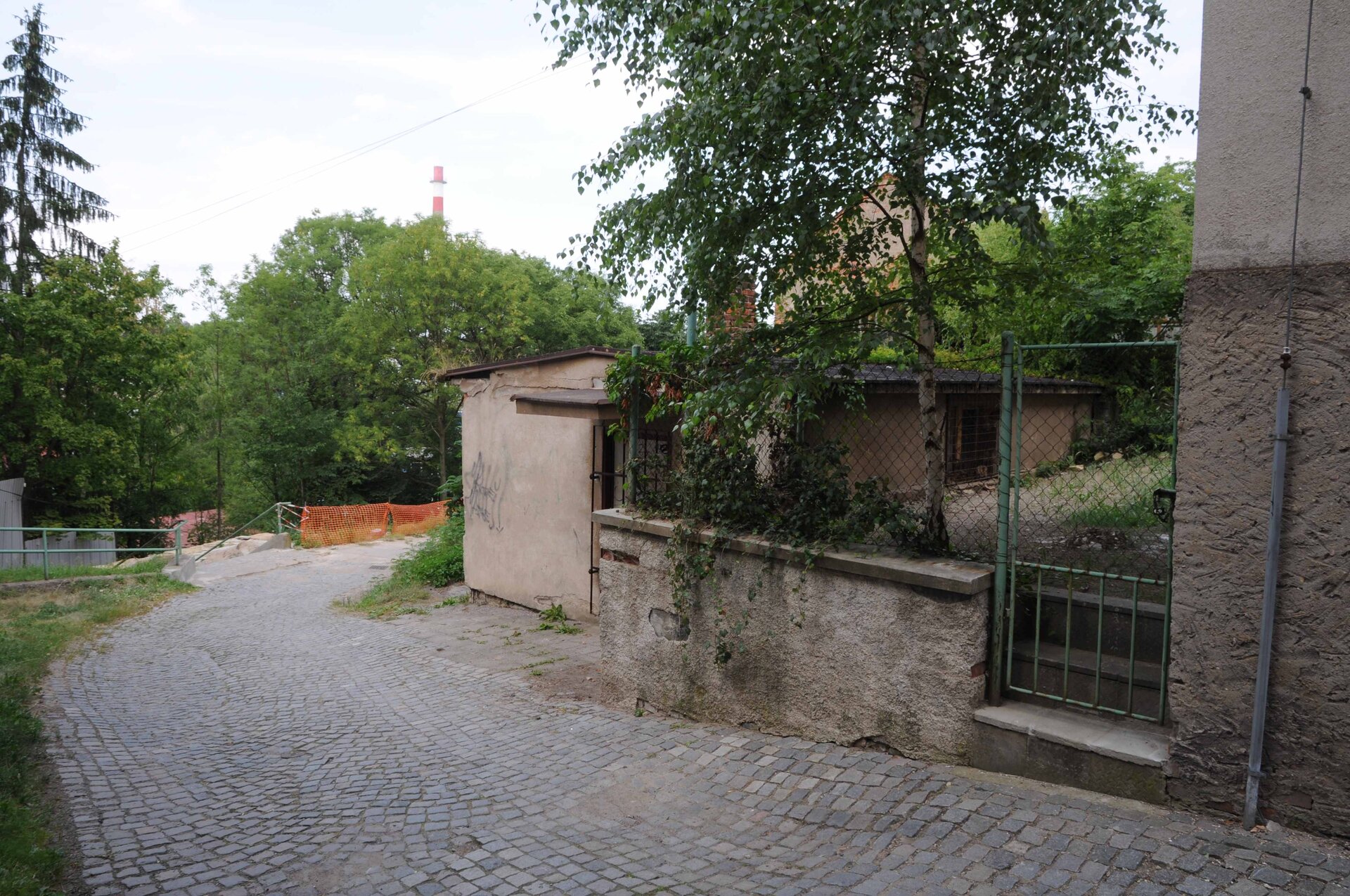 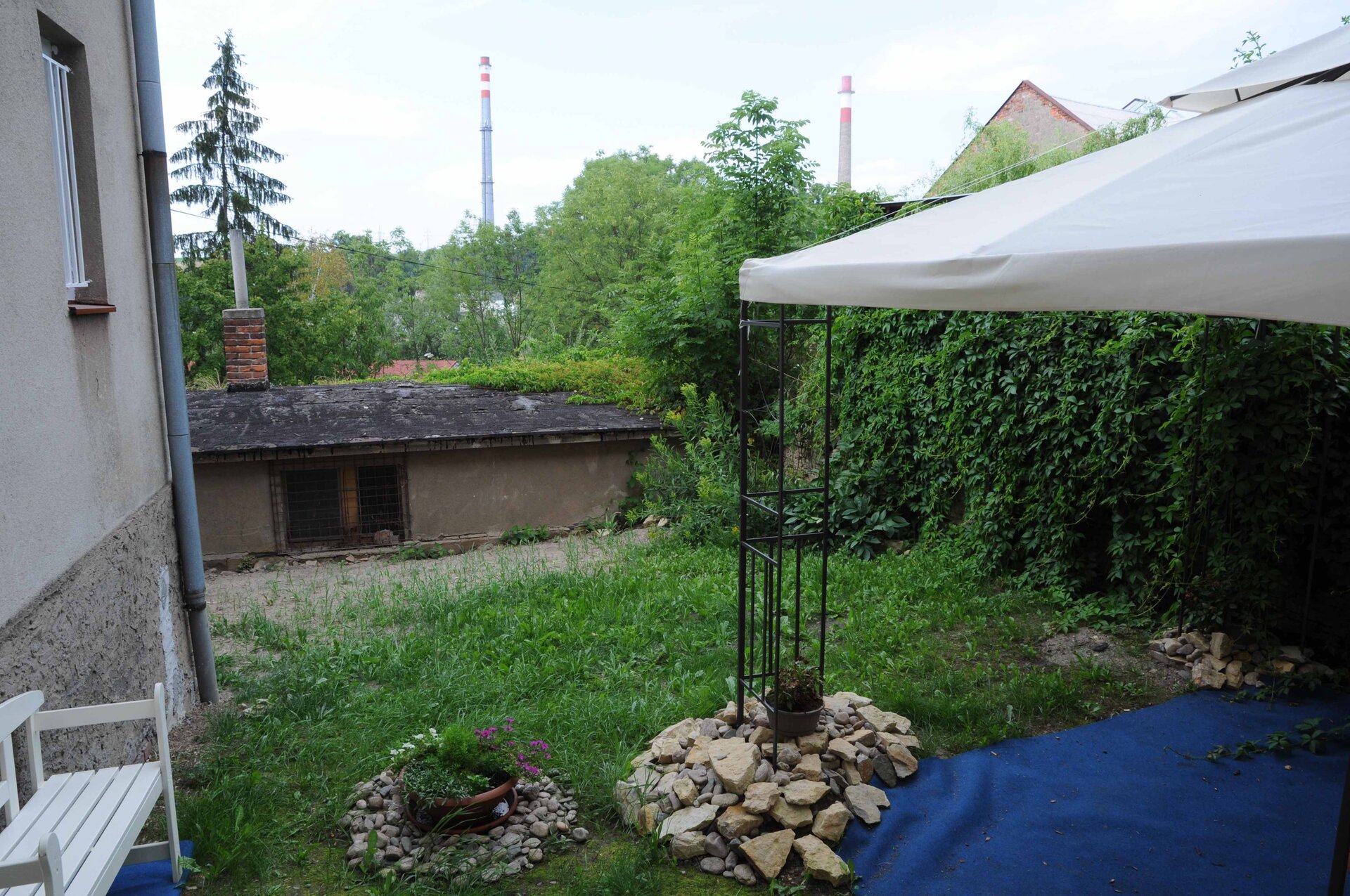 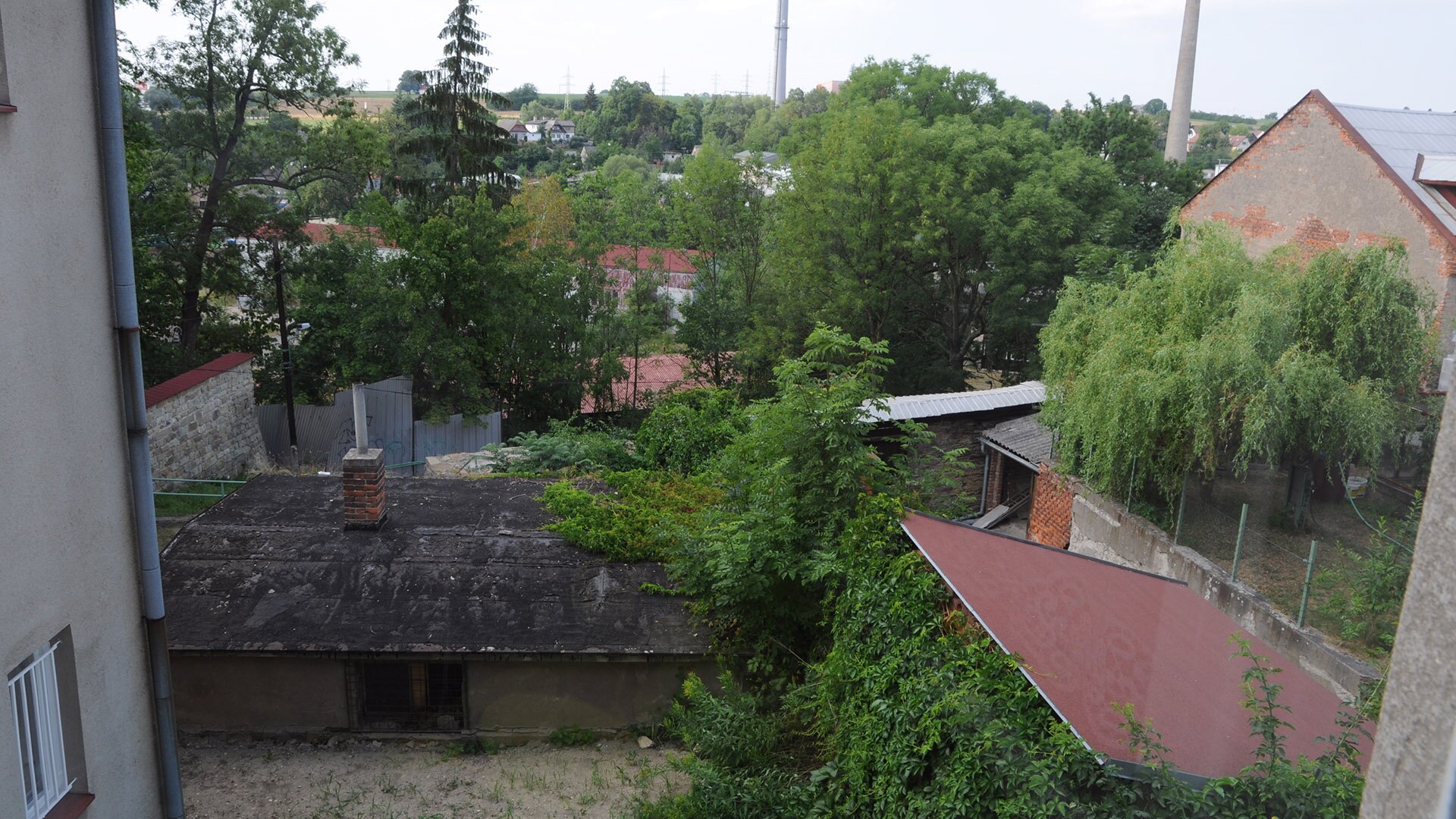 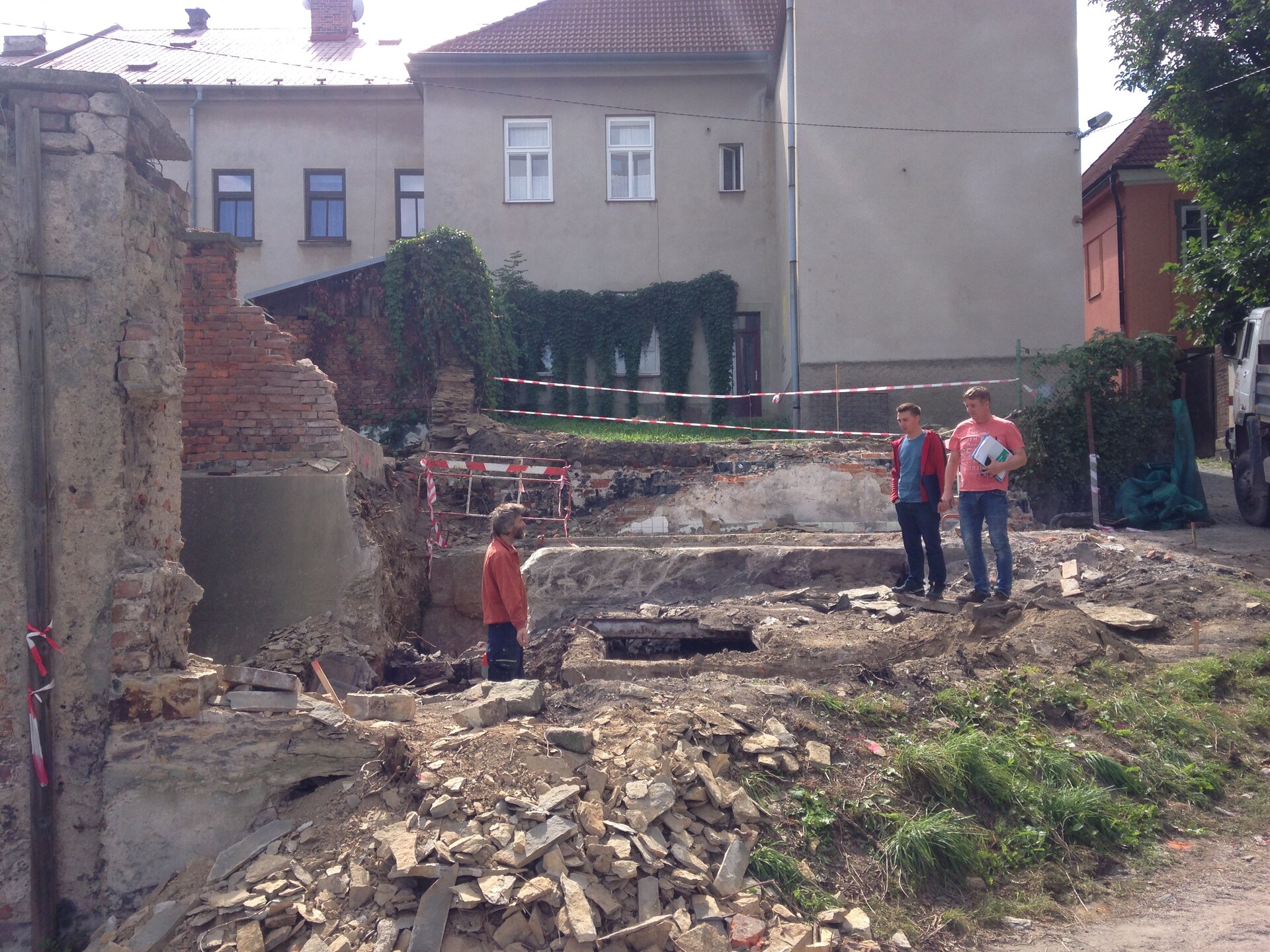 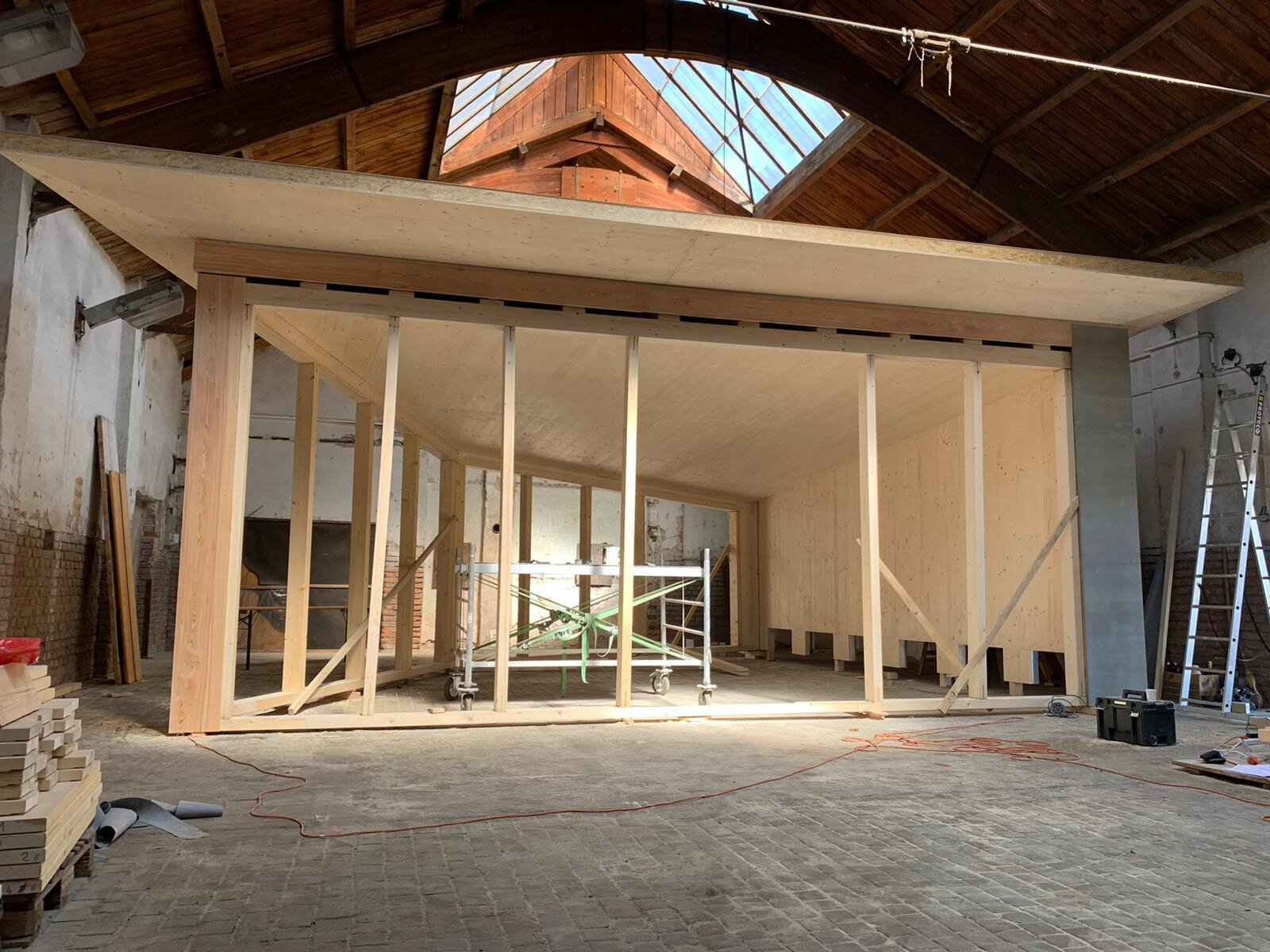 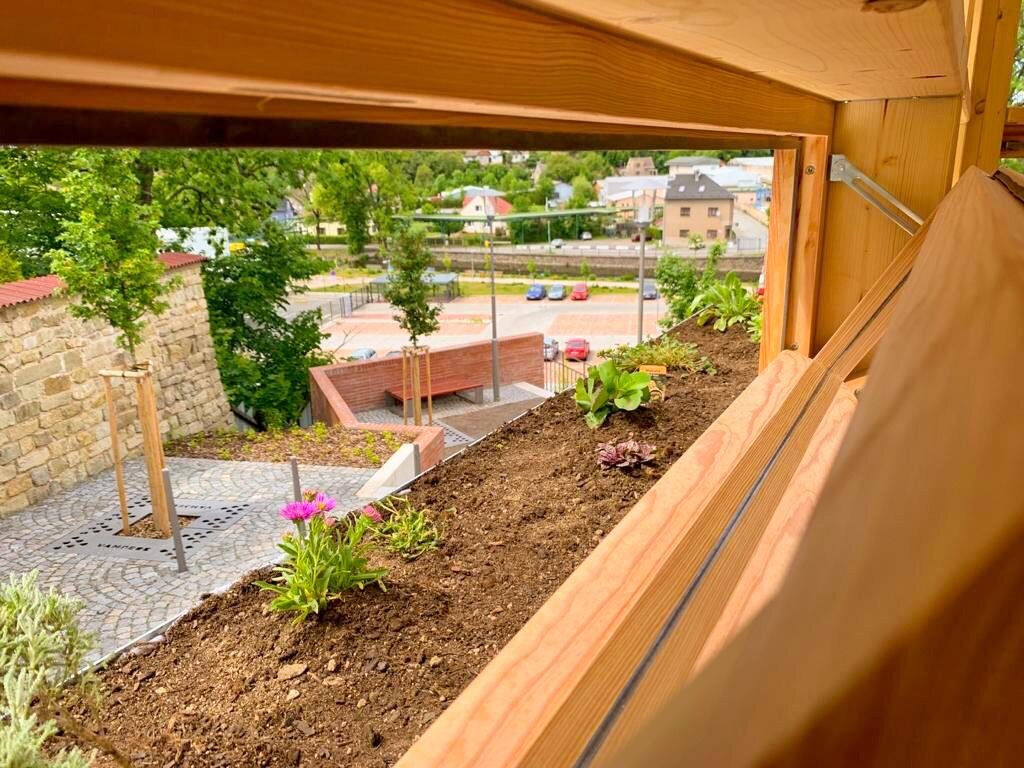 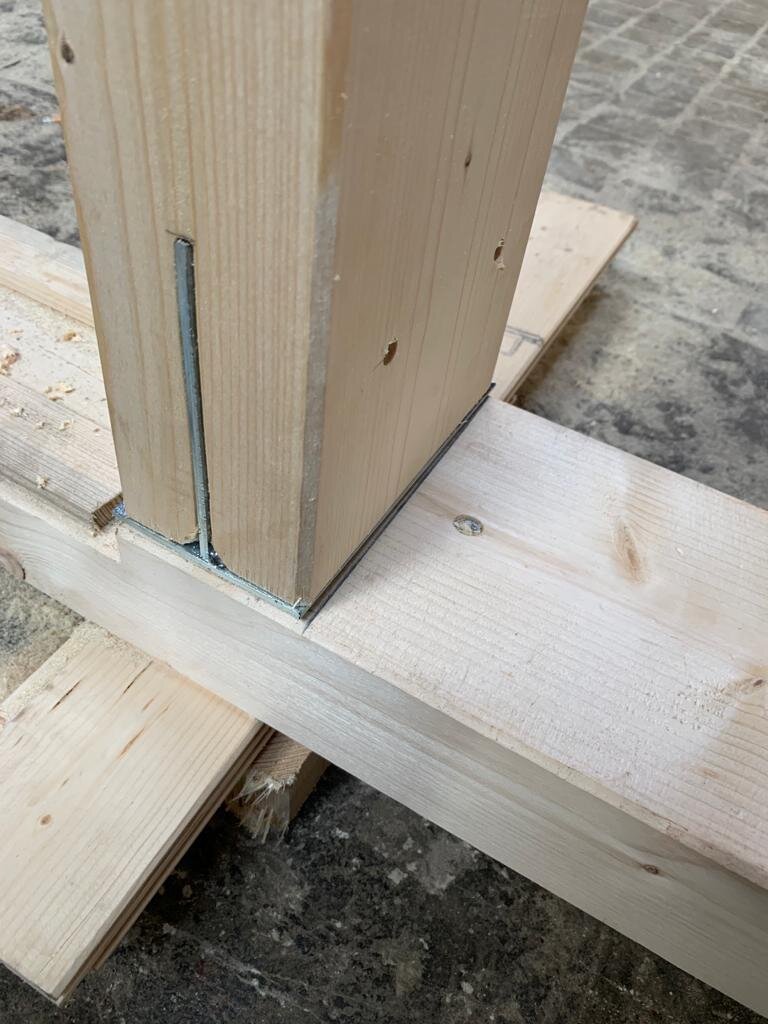 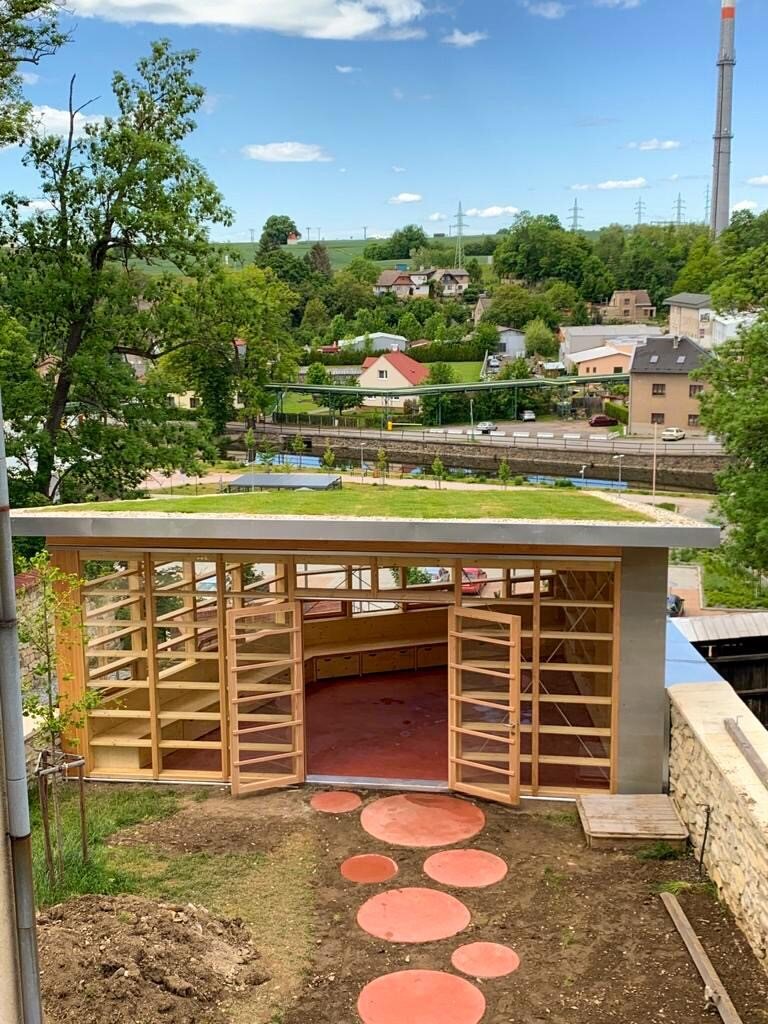 The place links the square with the factories and many people pass there daily. Big potential but sharp sense of decadence.
The town’s library needed a garden, and the summerhouse to host a children’s club, readings and evening events.
The roads, the house of public lavatories as well as the garden of the public library are owned by the municipality. This enabled to adjust the lot by shifting its borders so as to maximize the library garden. The summerhouse reminiscent of a rectangle-shaped stone is situated at its end. Retaining wall was created a plinth for the gazebo and a larger garden.
The structure of the summerhouse, transparent from the garden side, combines wood and glass, to offer a view of the countryside beyond the summerhouse. The roof is green as a garden. The summerhouse serves as a summer library, a playroom, a gallery and a lecturing room. The benches are as well storages; the racks are bookshelves. The garden can be open as well from the street for smaller events.

Where the summerhouse is, the level of the garden is 3 m higher than that of the street. The foundations are formed by a concrete basis supporting the summerhouse construction. The concrete basis also forms the retaining wall of the garden and defines the street. The skeleton of the summerhouse walls combines spruce posts (KVH) with crosspieces anchored with steel stiffeners and one full, wooden, sandwich panel (CLT). The ceiling is a solid wooden panel supported only by perimeter walls. The construction was assembled panel by panel in the factory, then taken apart and re-assembled on the spot, to be set into the outside walls. In the upper crown of the wall, in the part of the gazebo, steel flowerpots with perennial and rock garden. The sidewalk in the garden and the concrete floor of the gazebo are the color of terracotta.