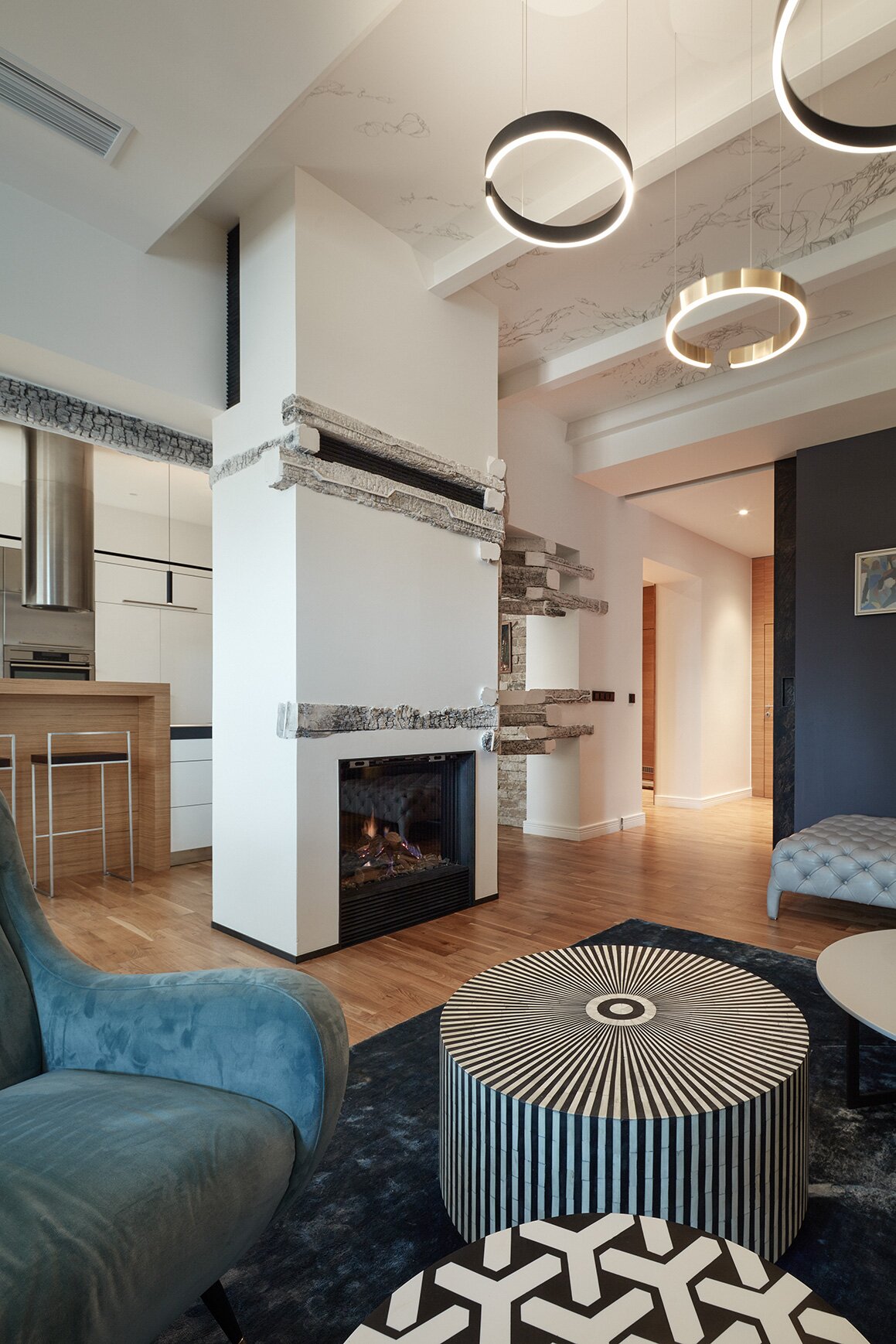 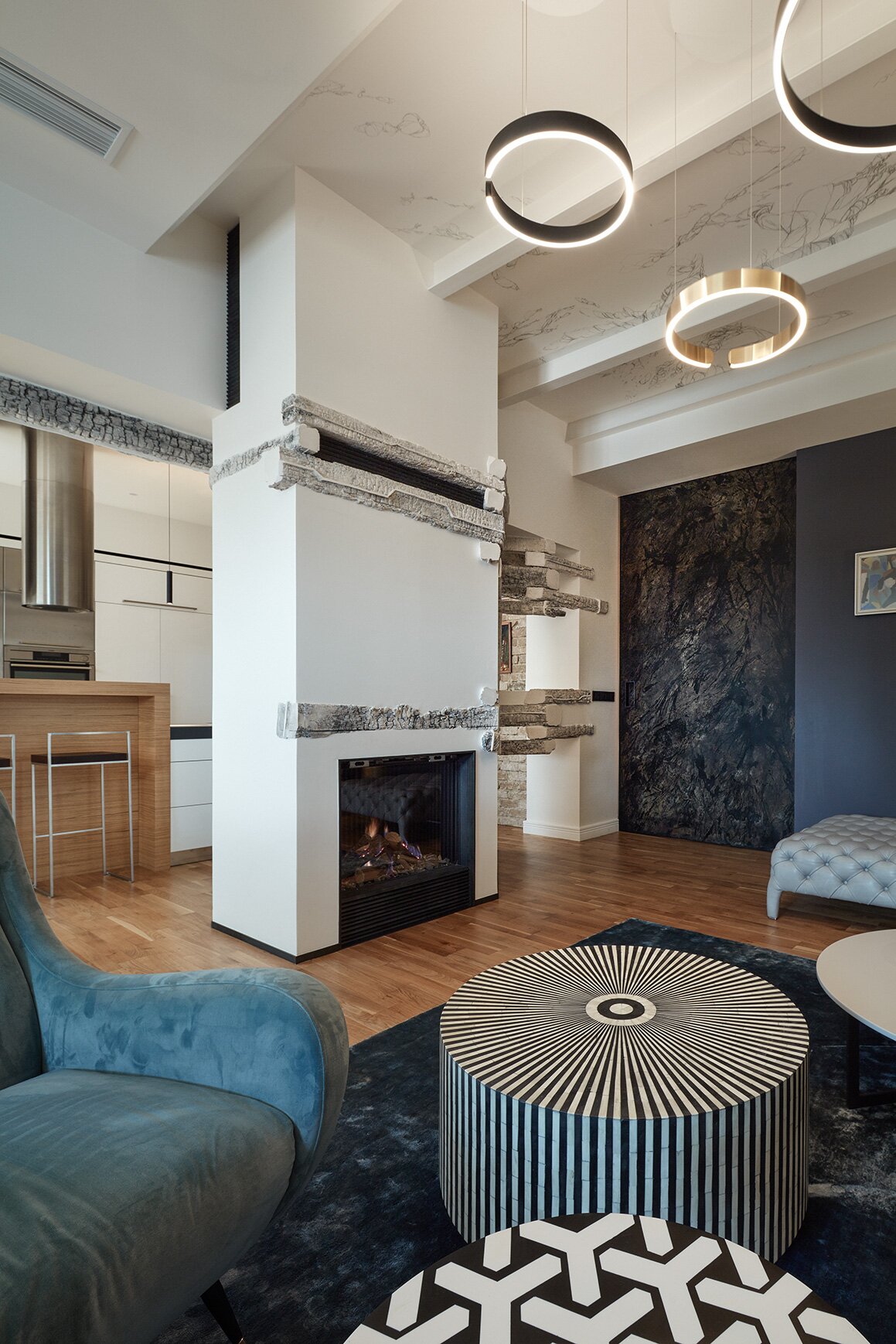 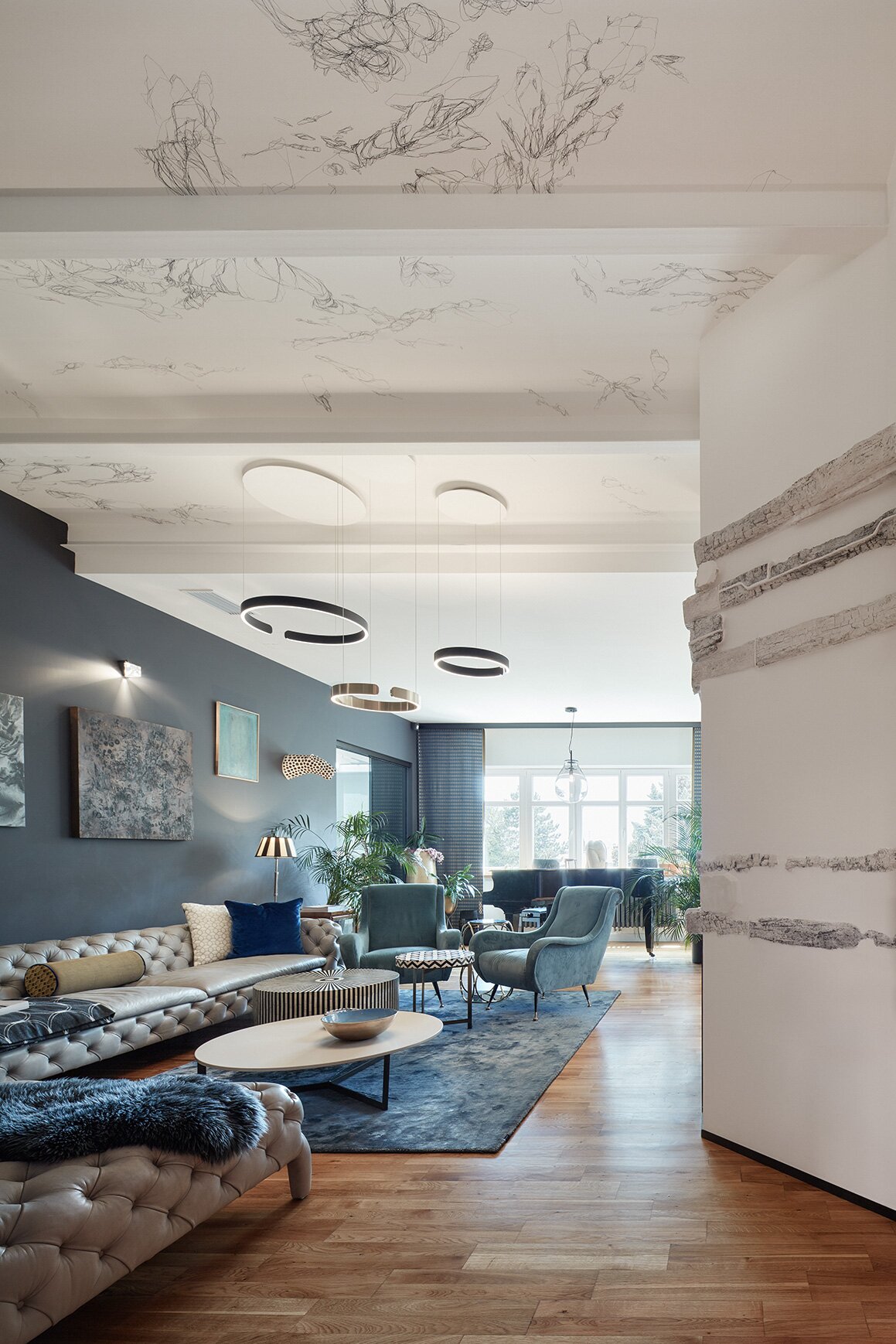 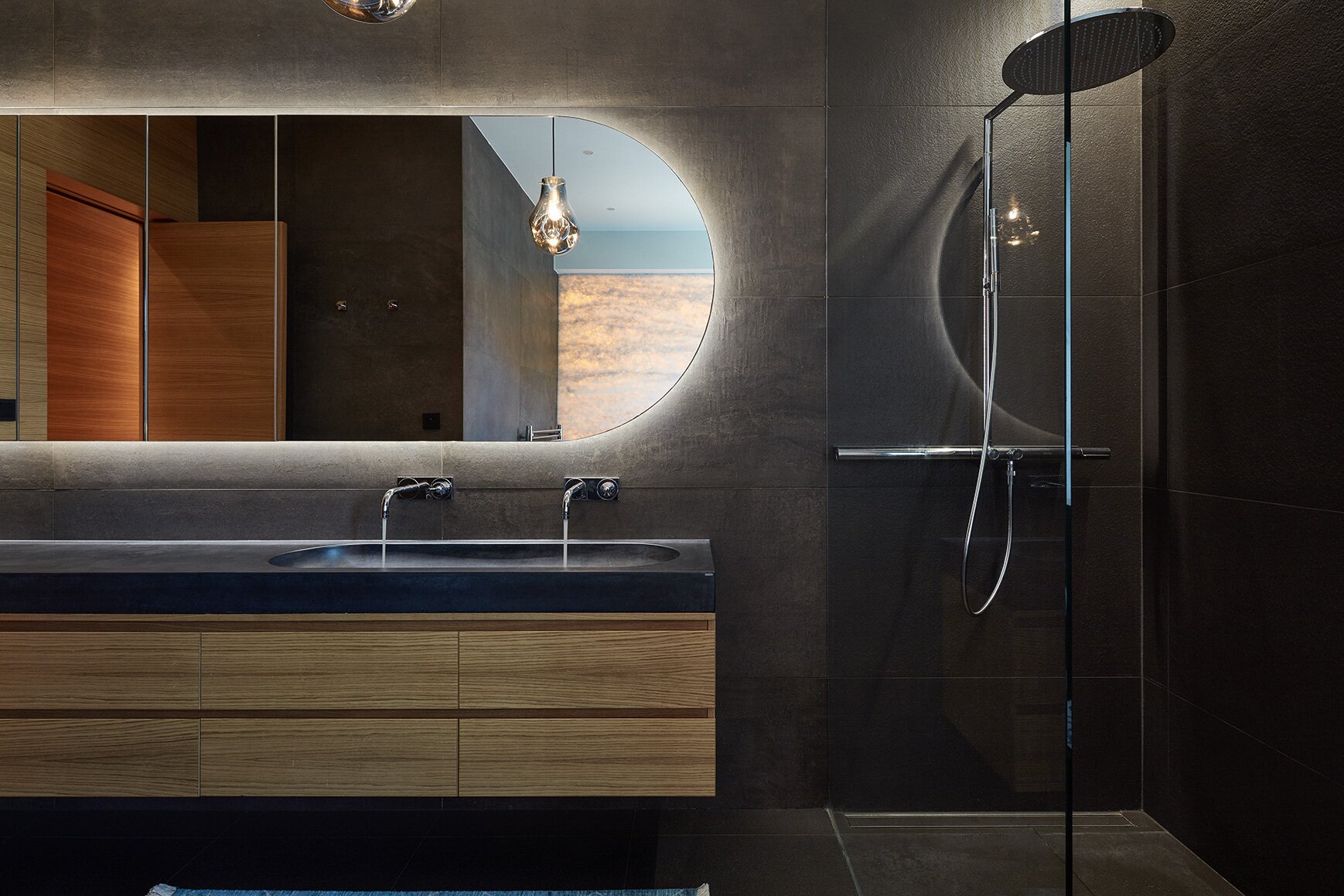 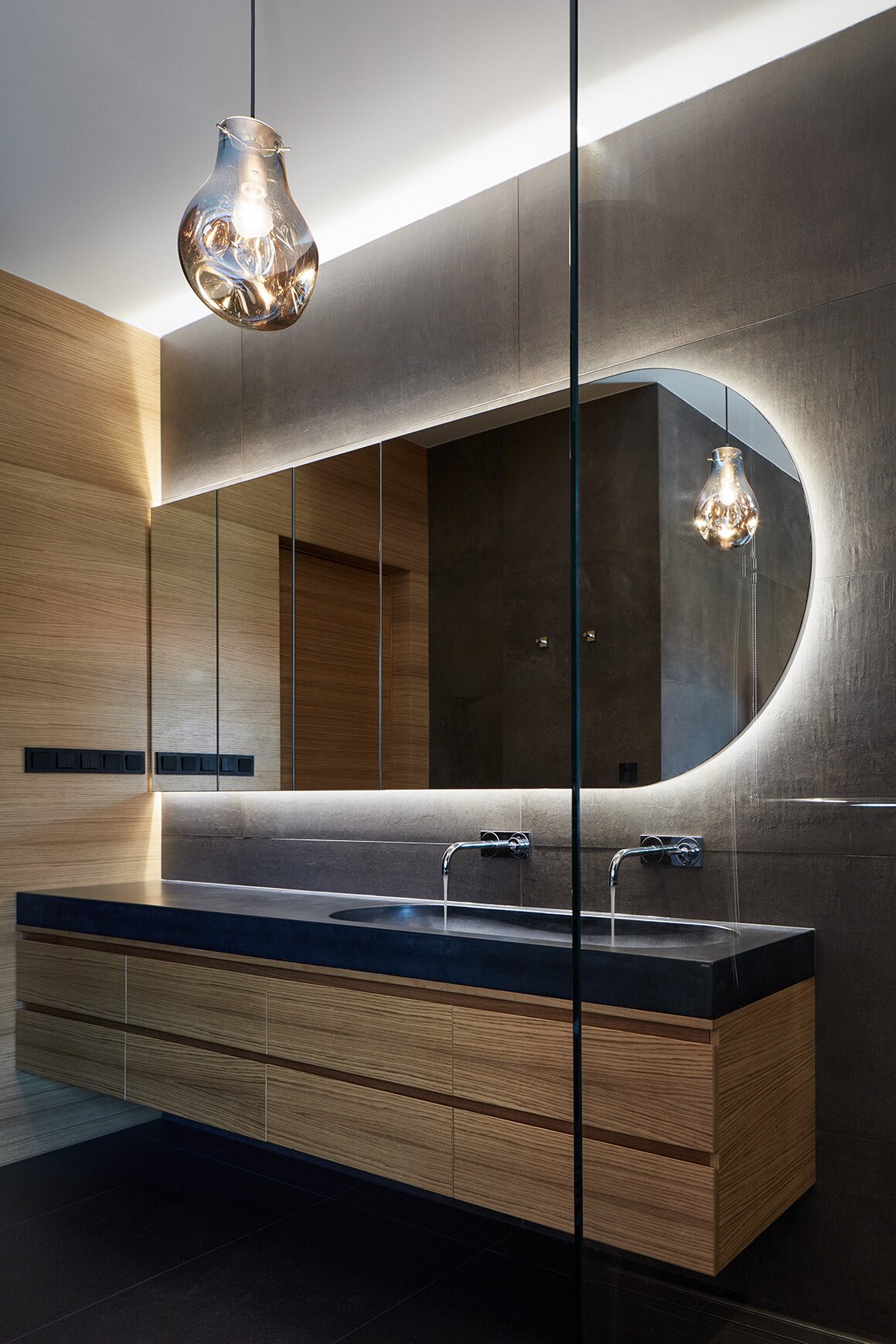 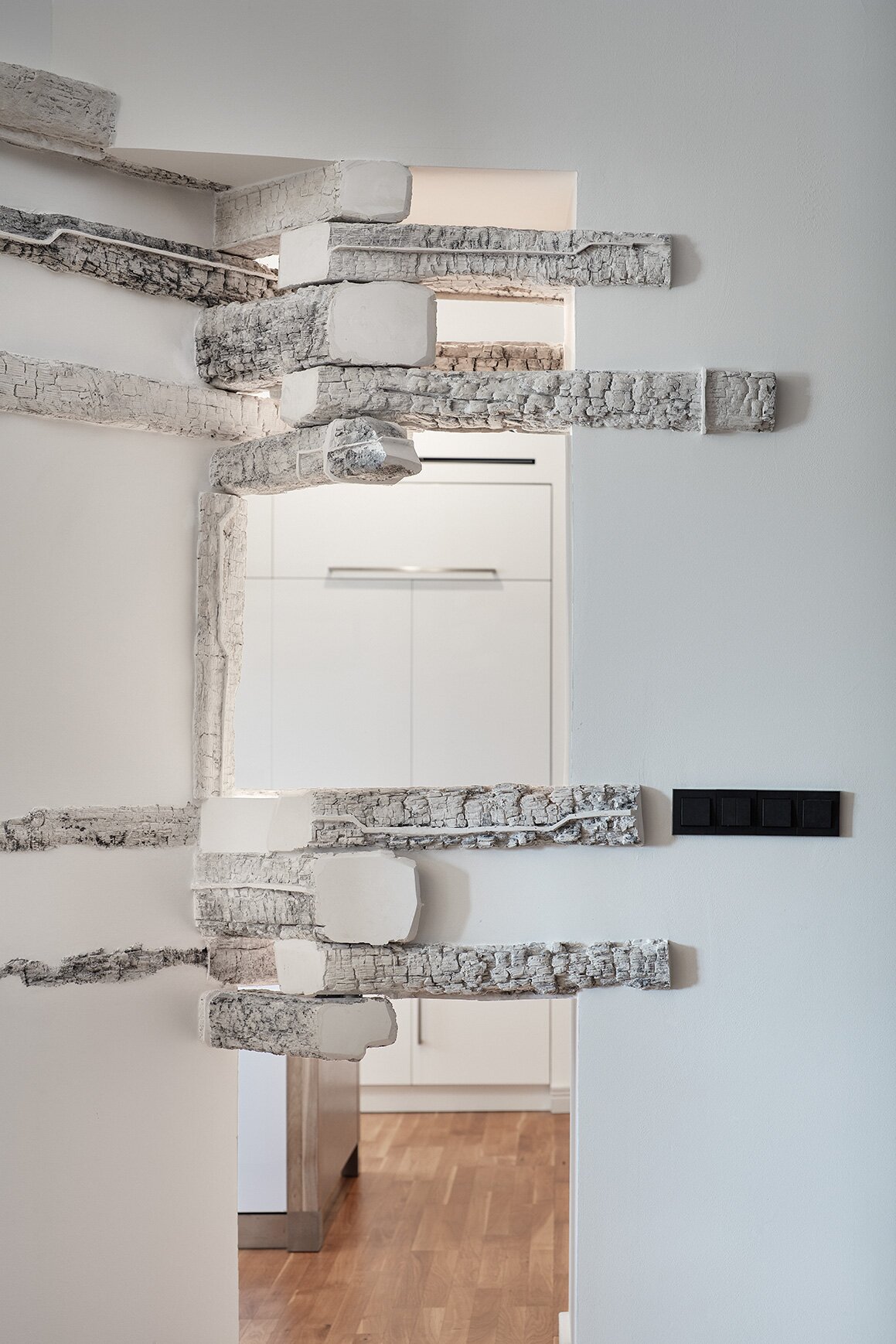 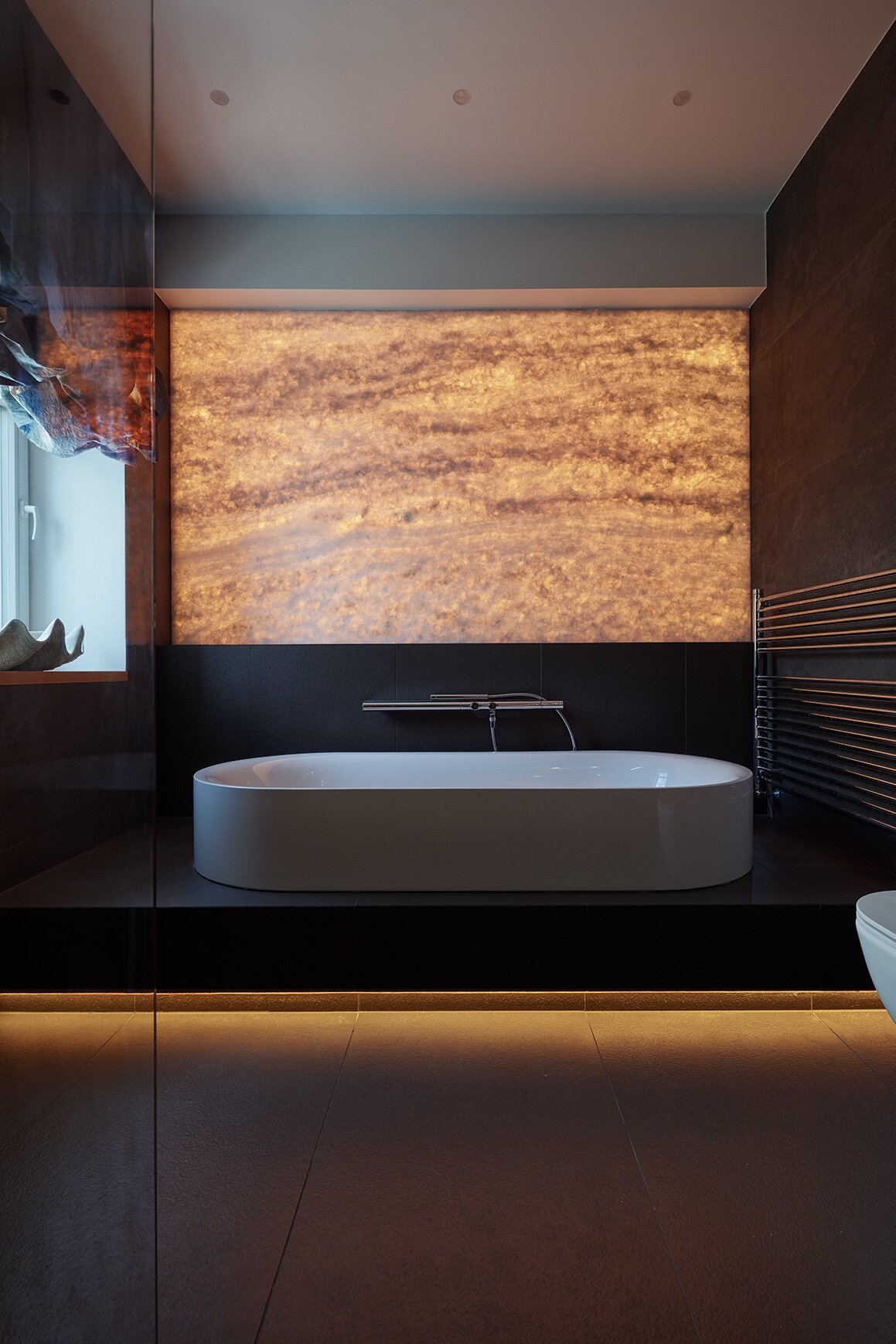 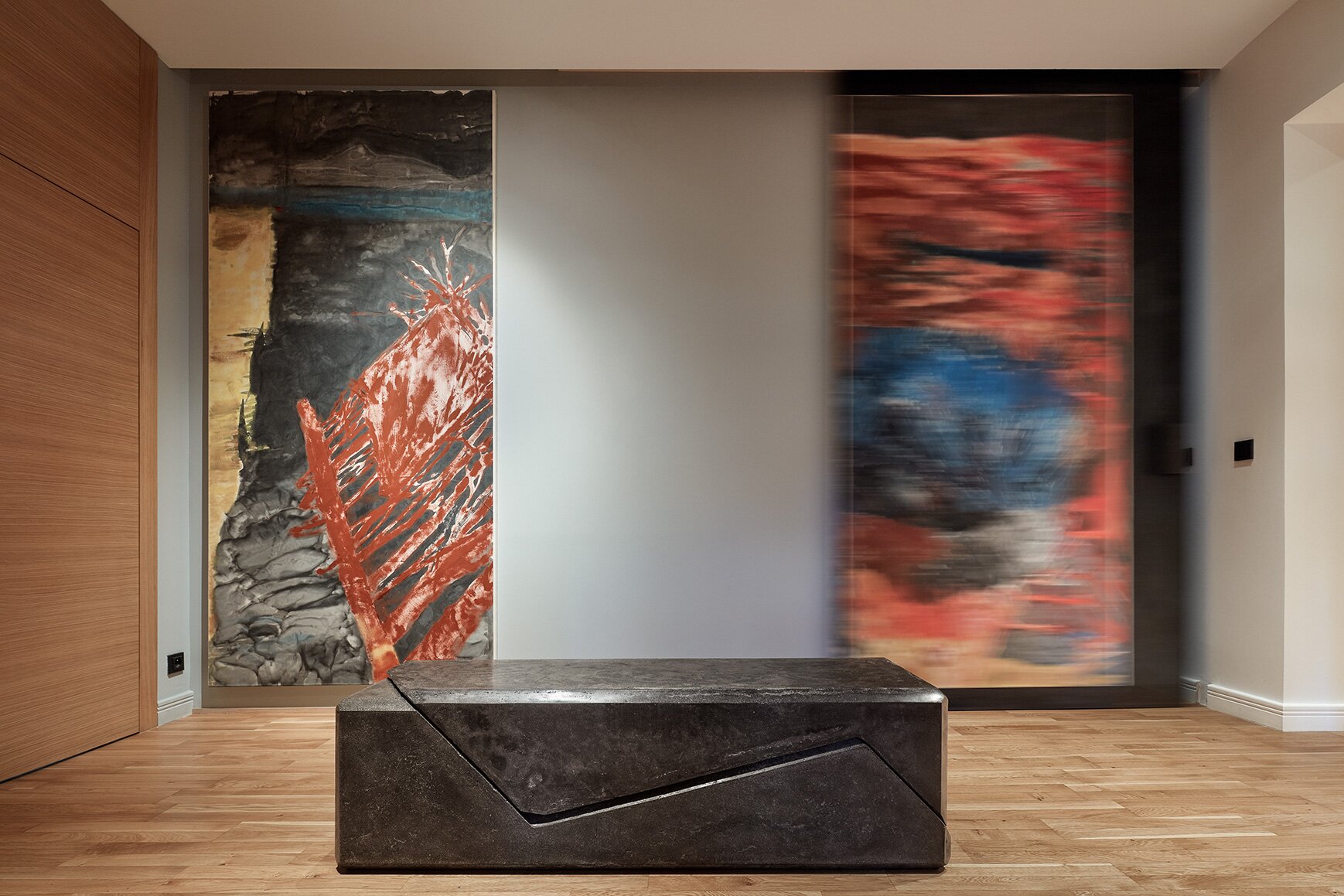 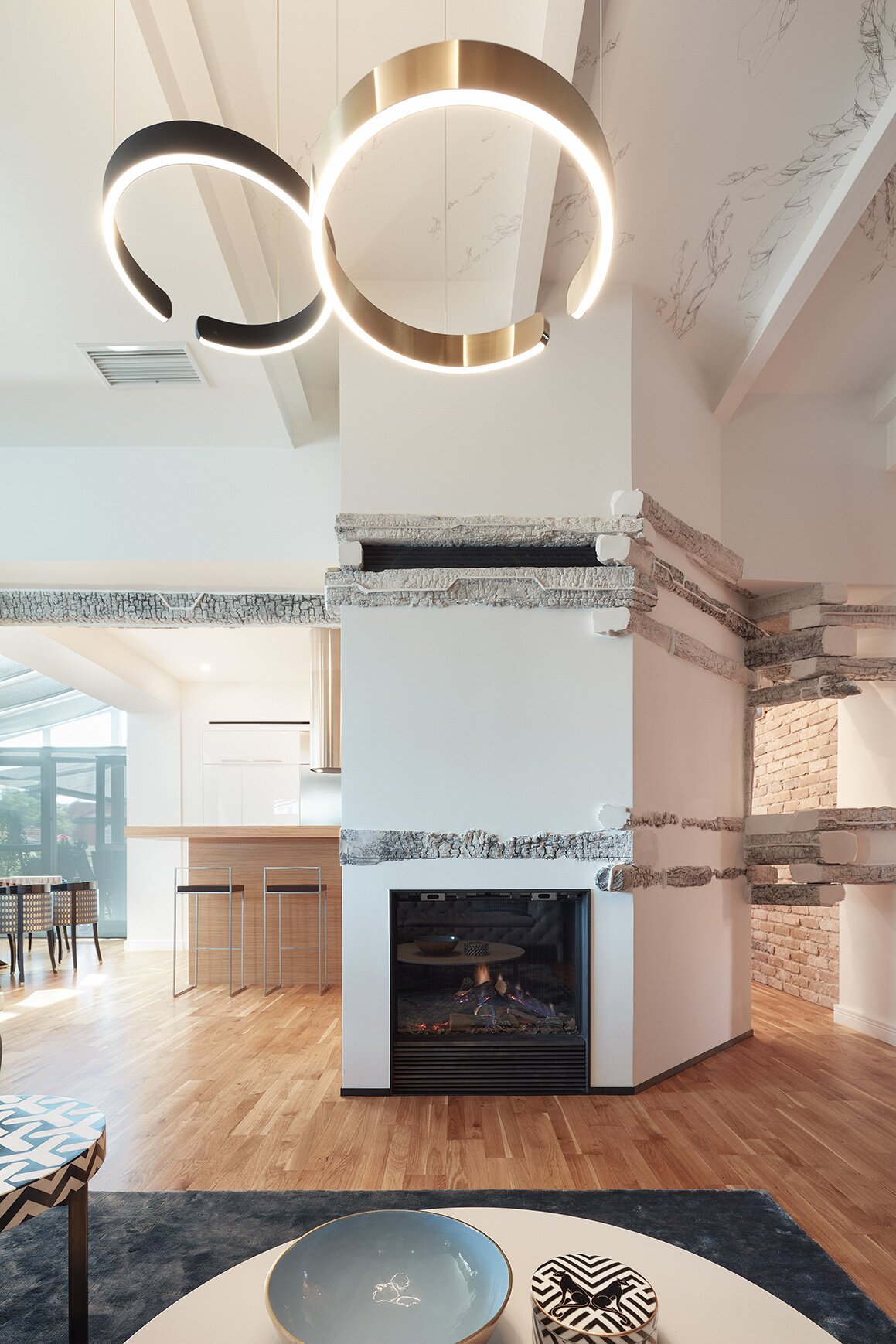 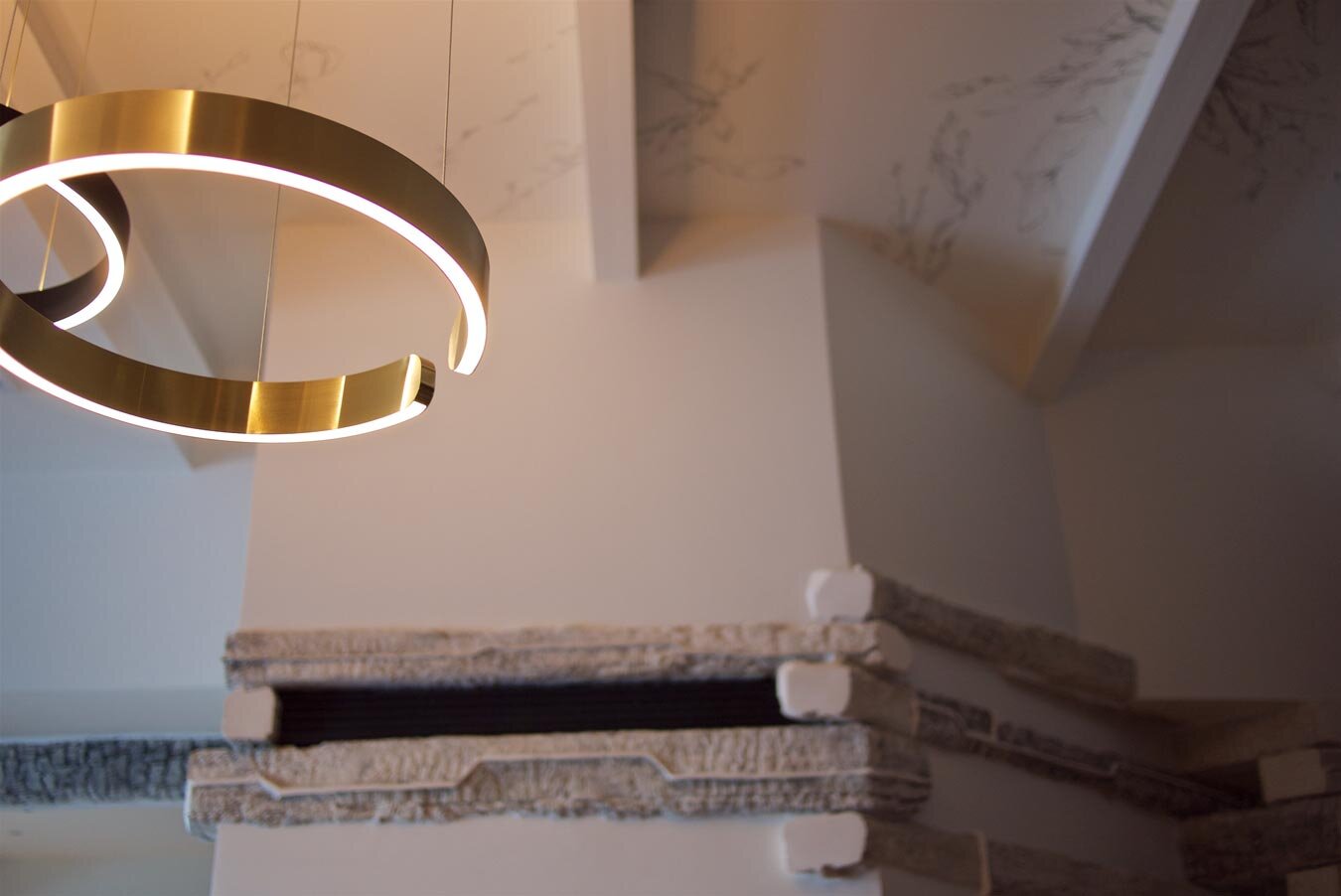 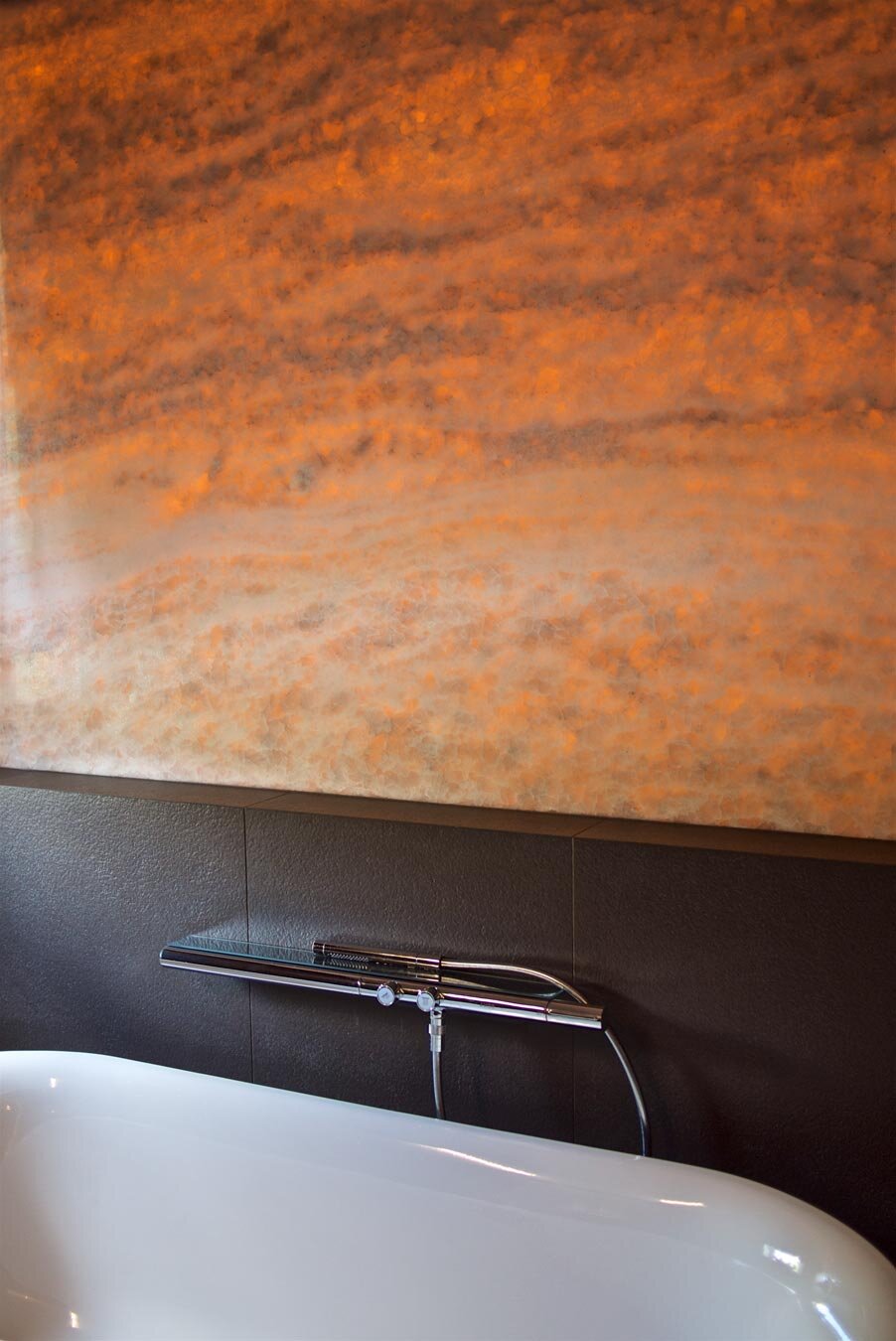 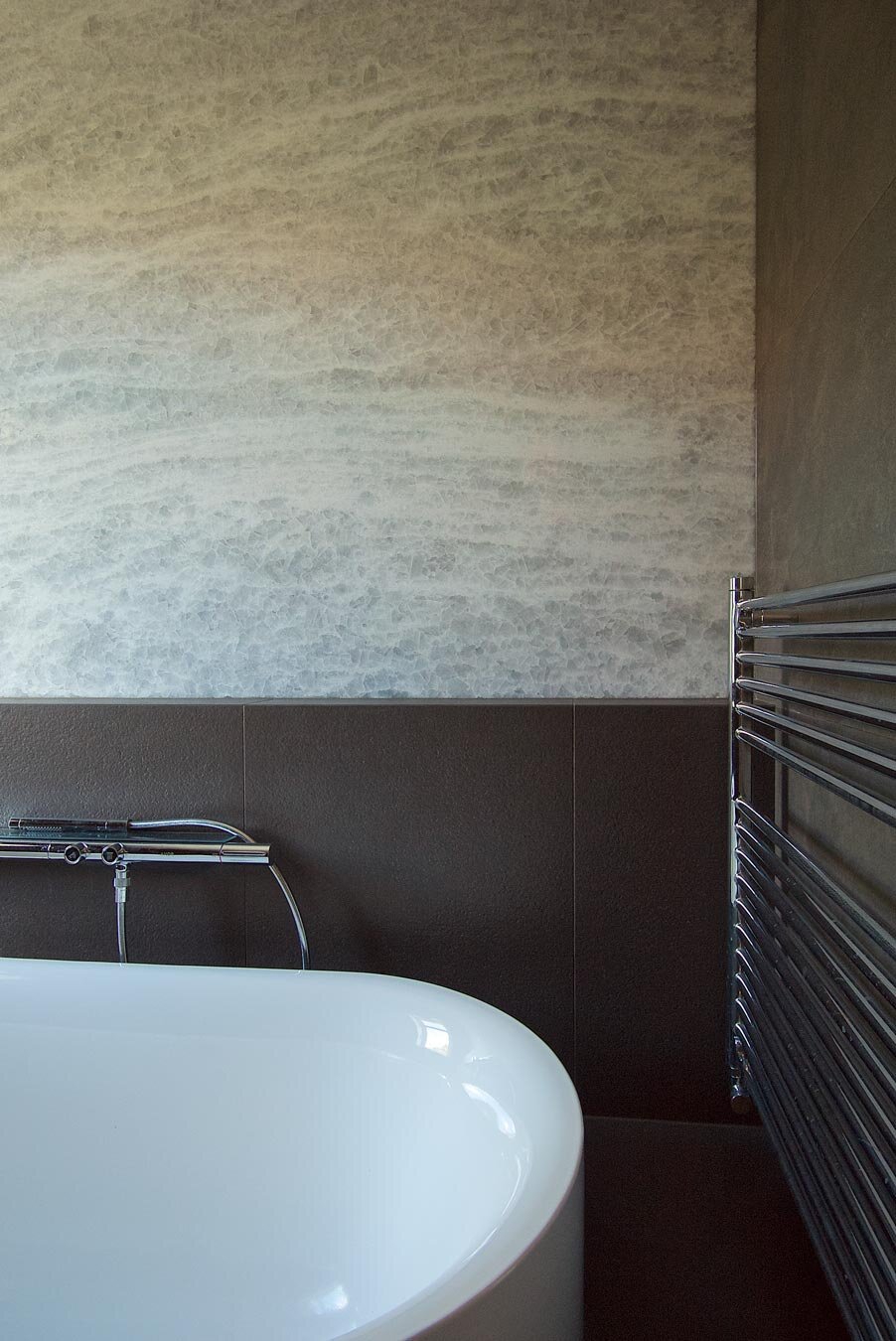 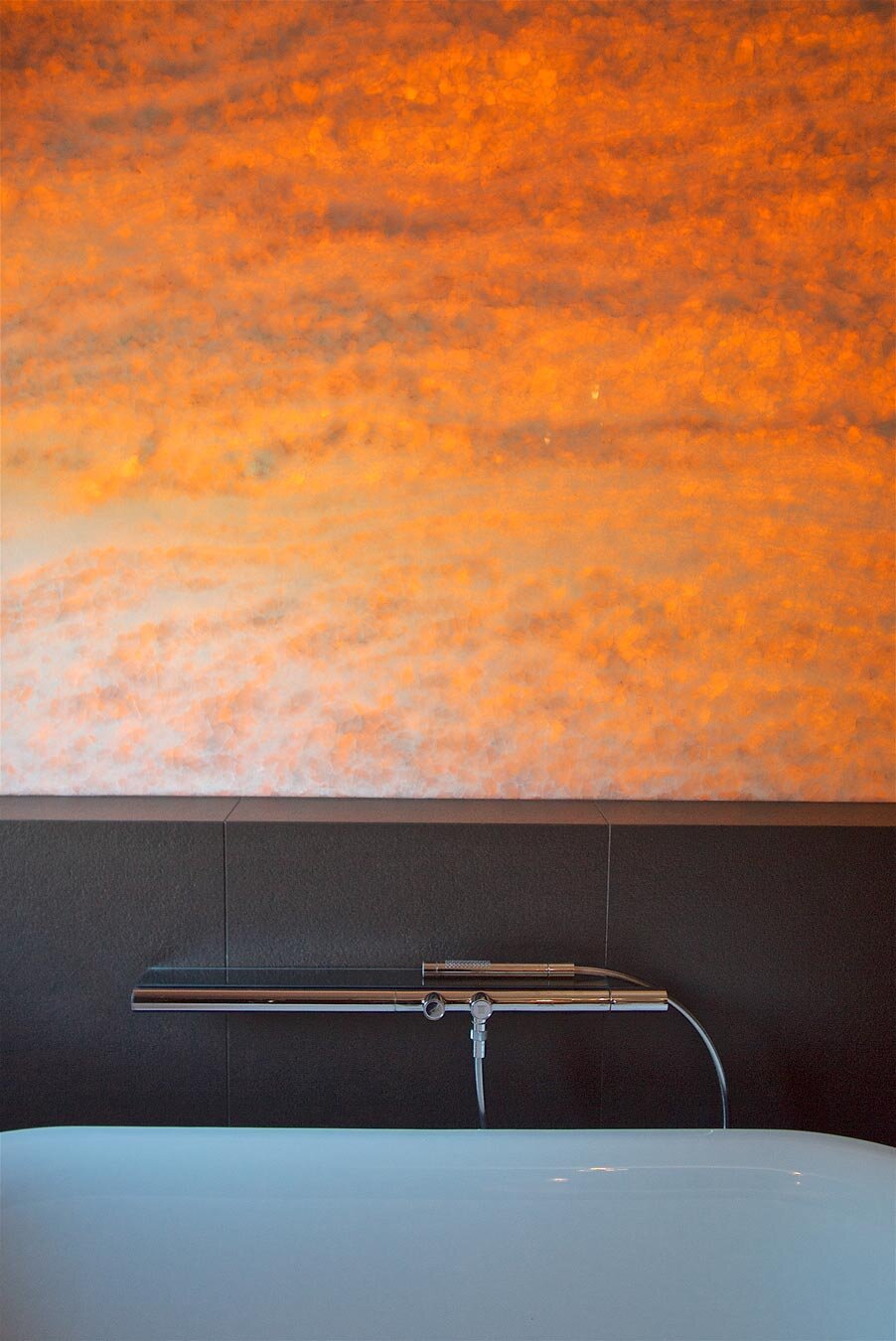 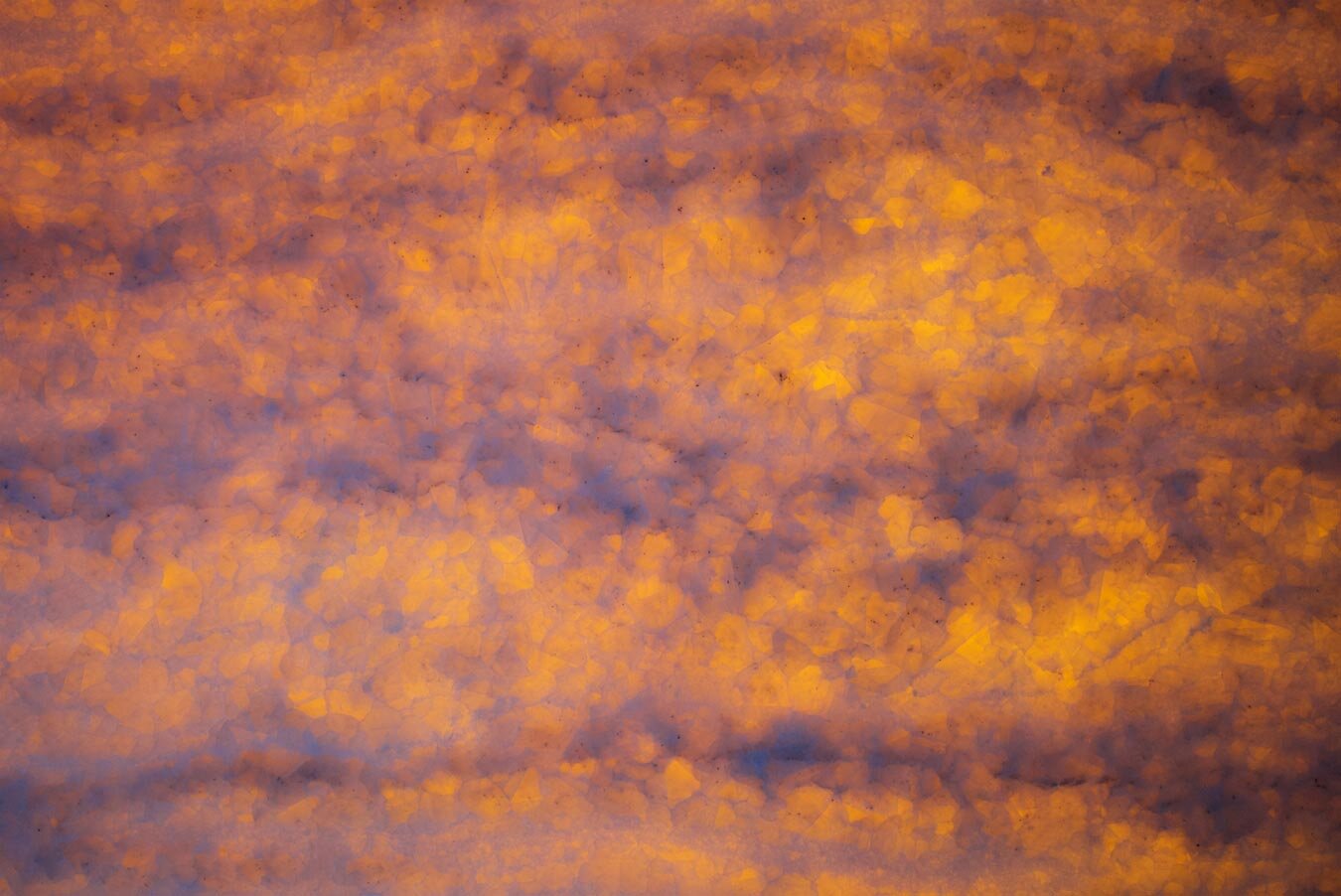 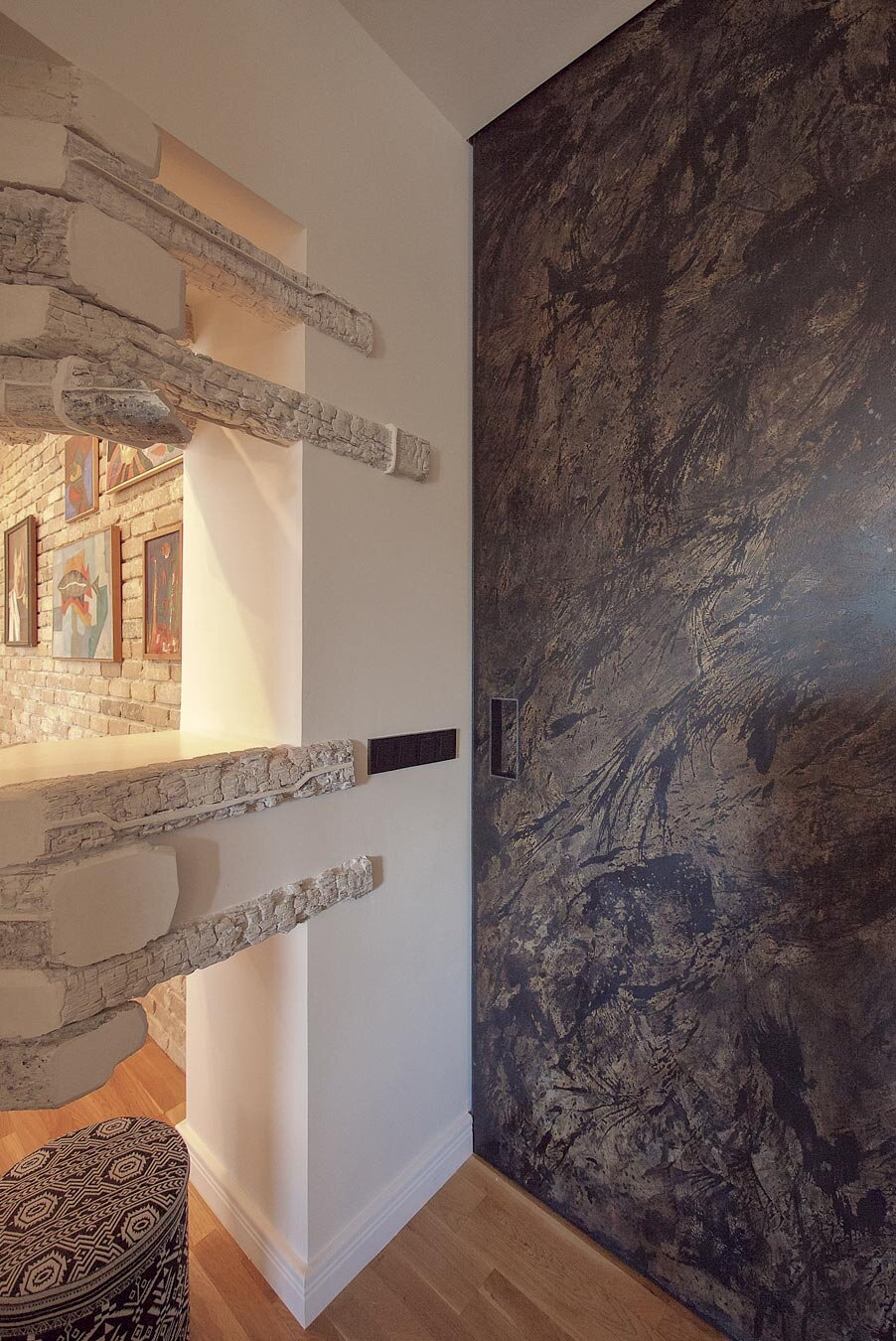 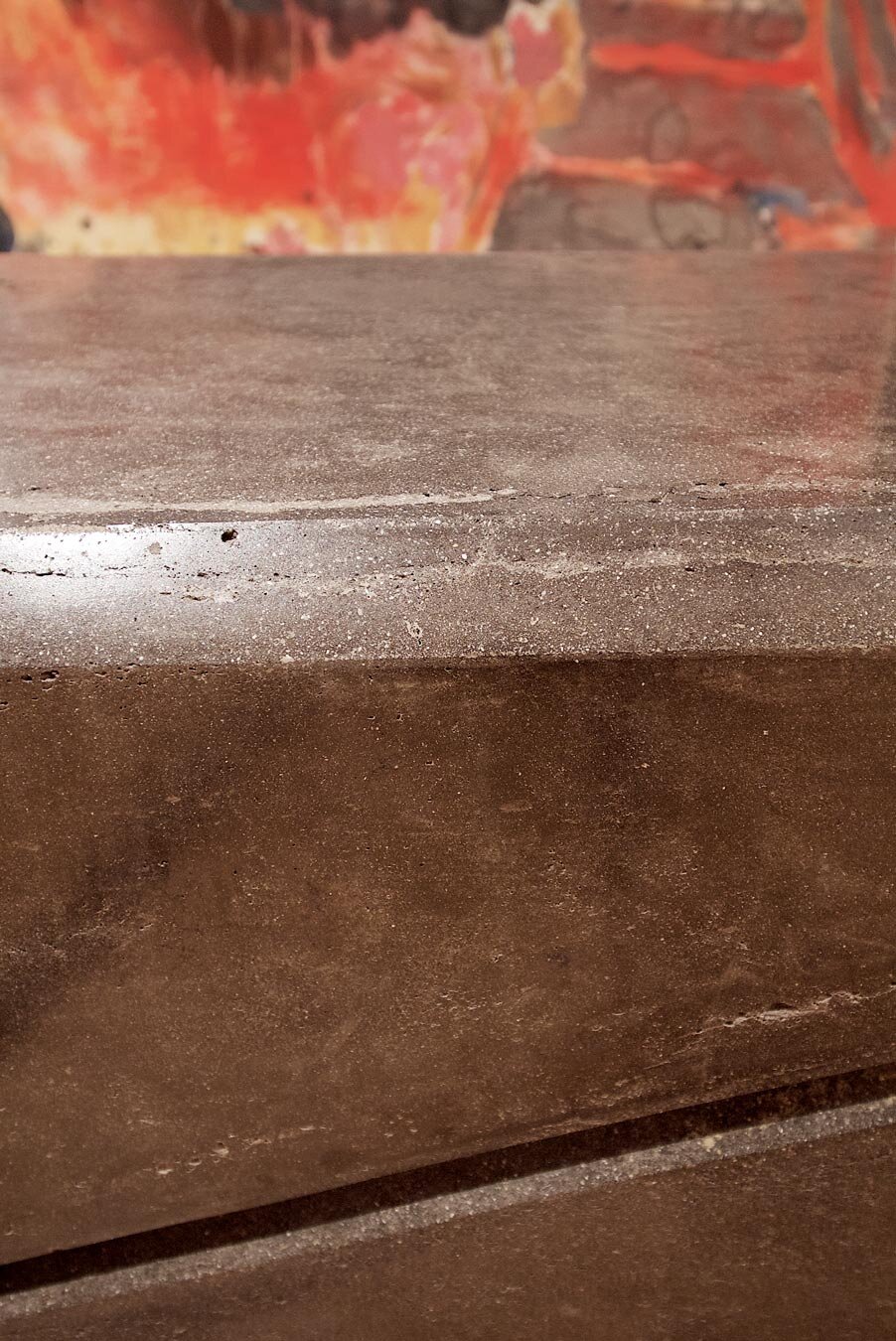 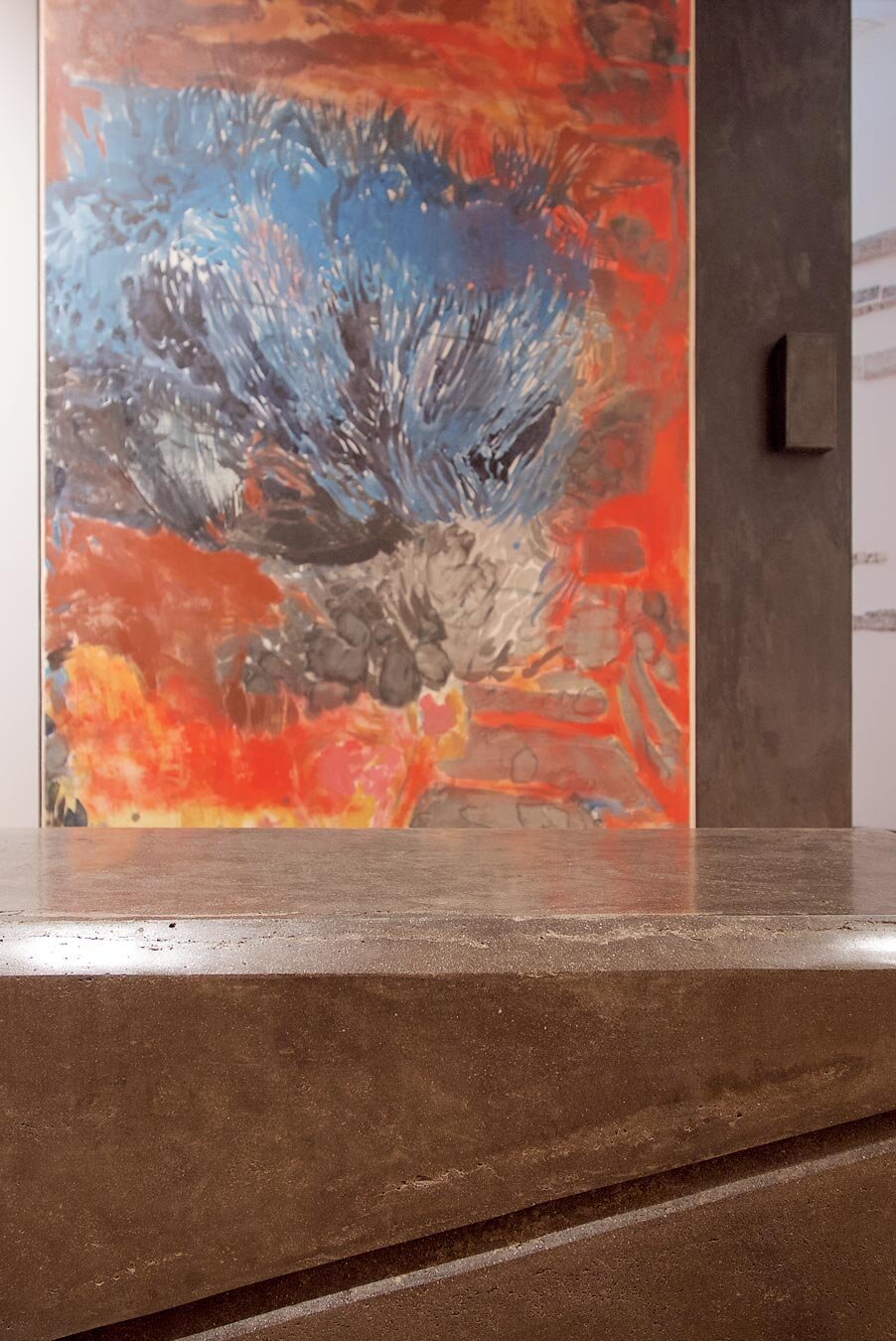 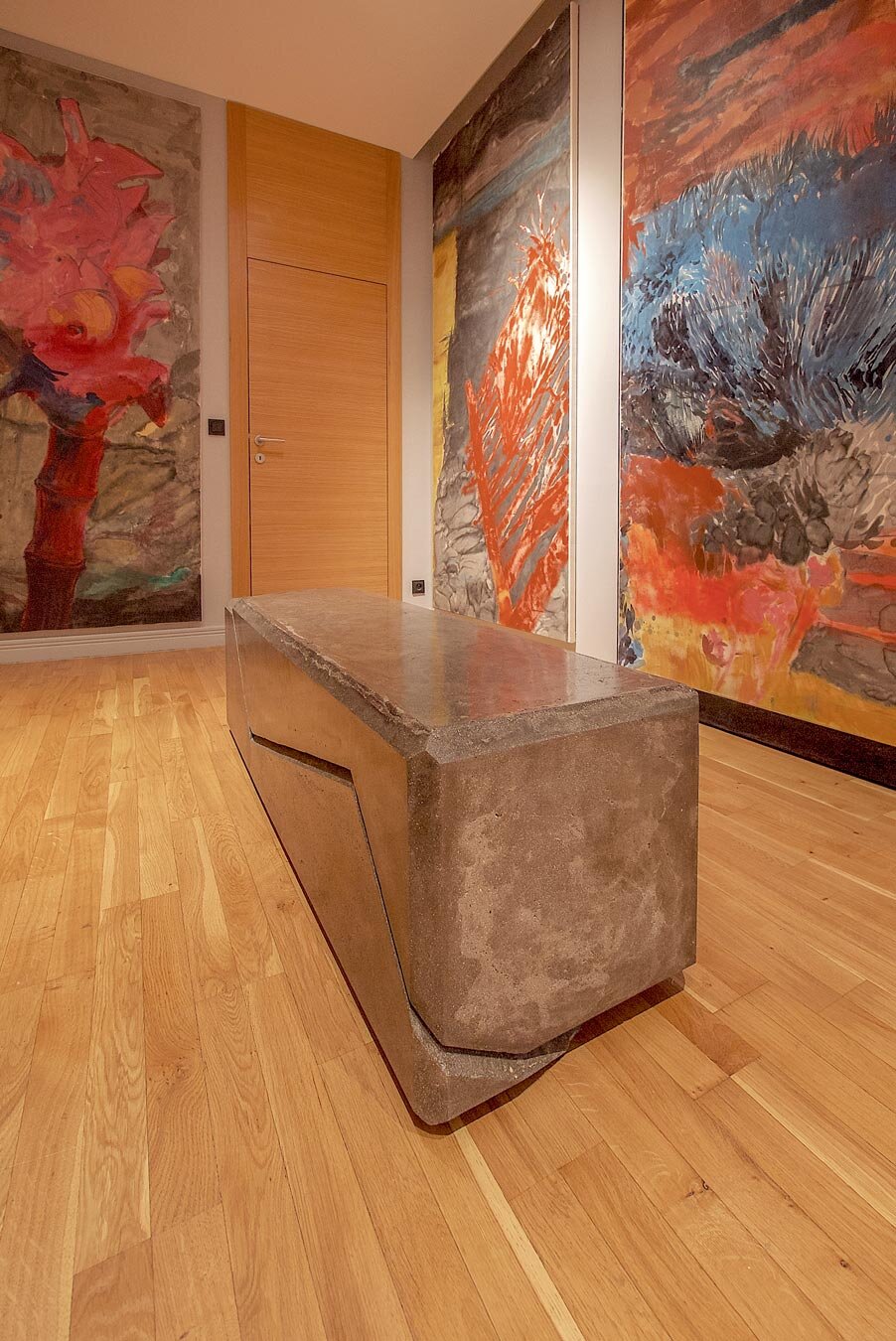 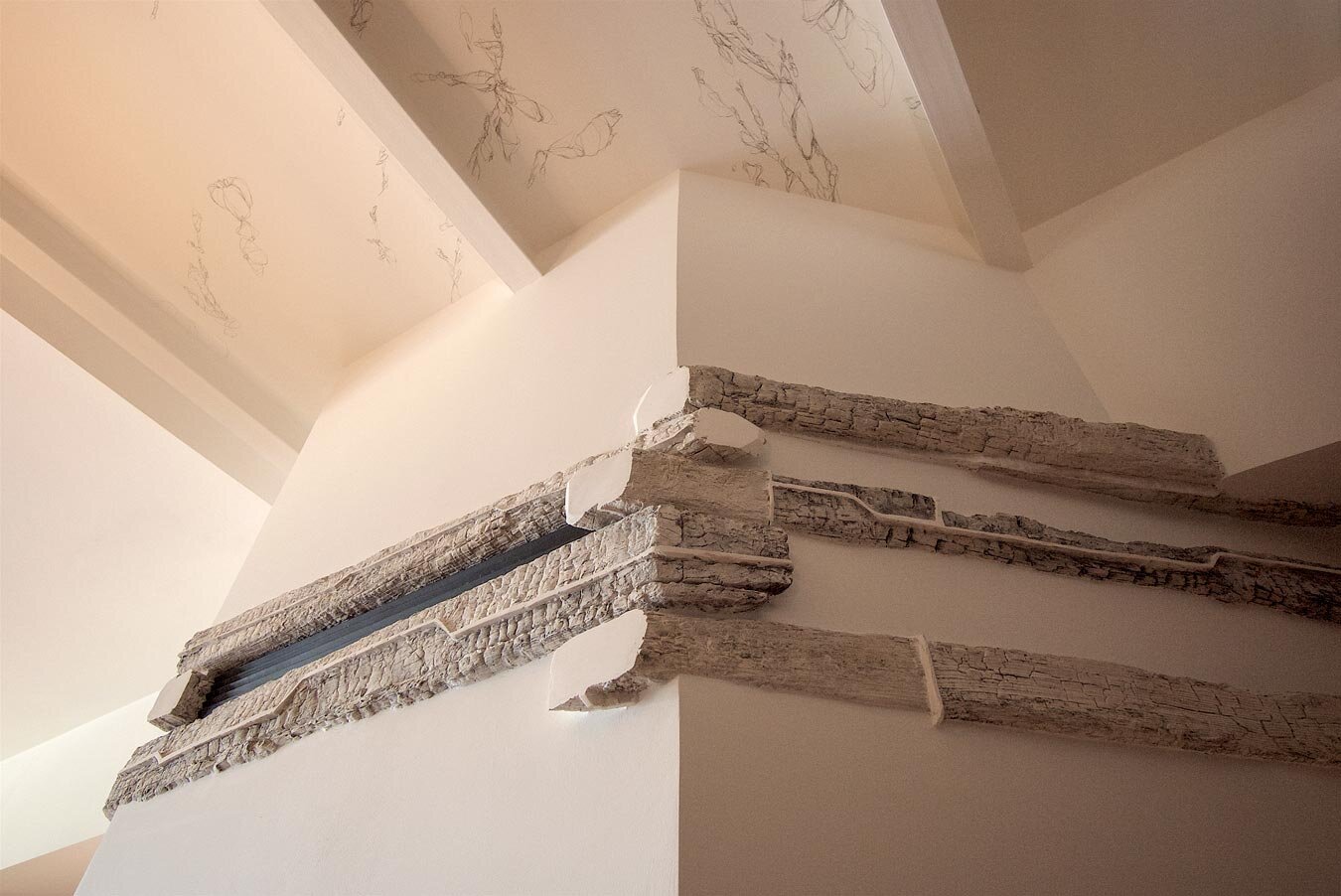 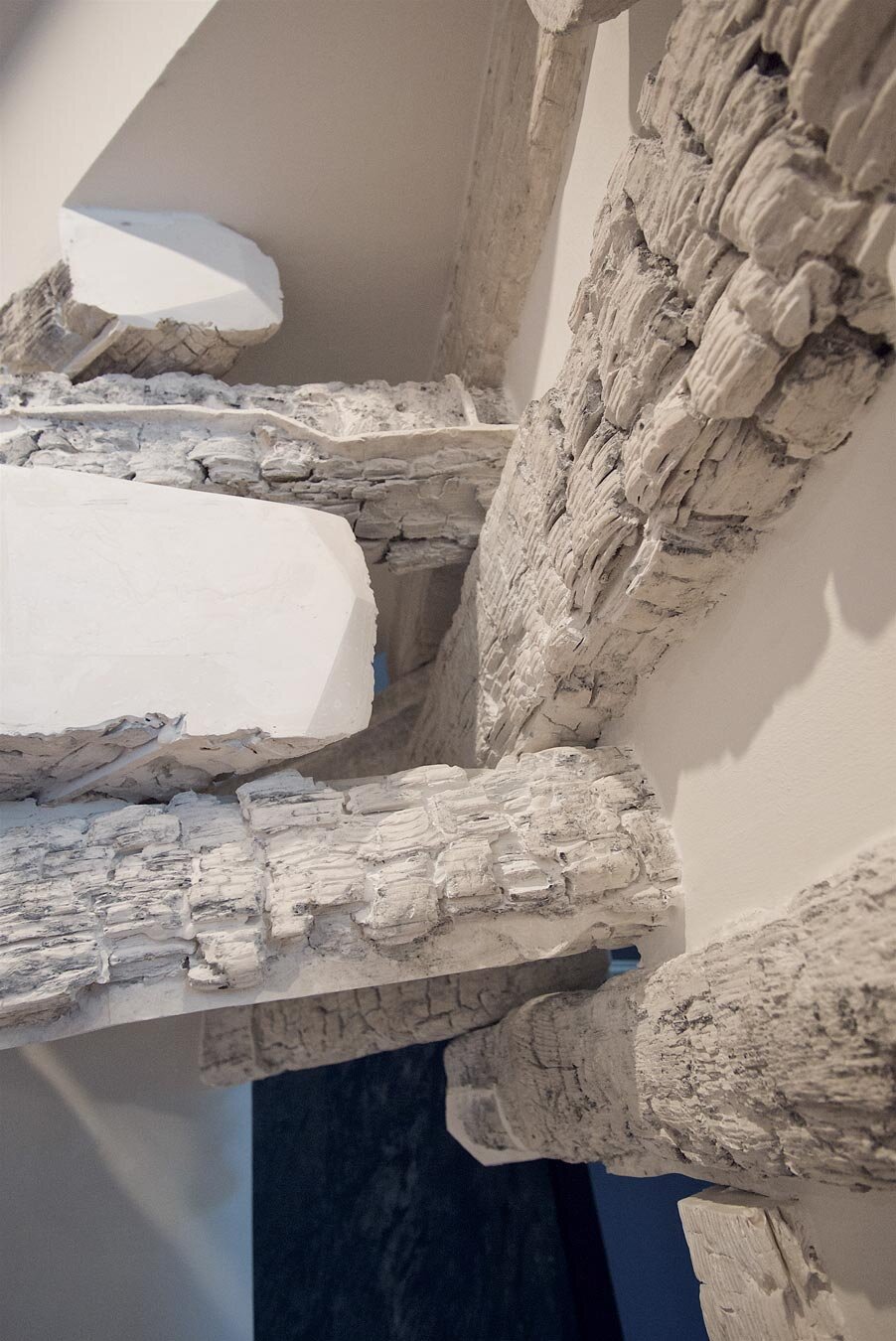 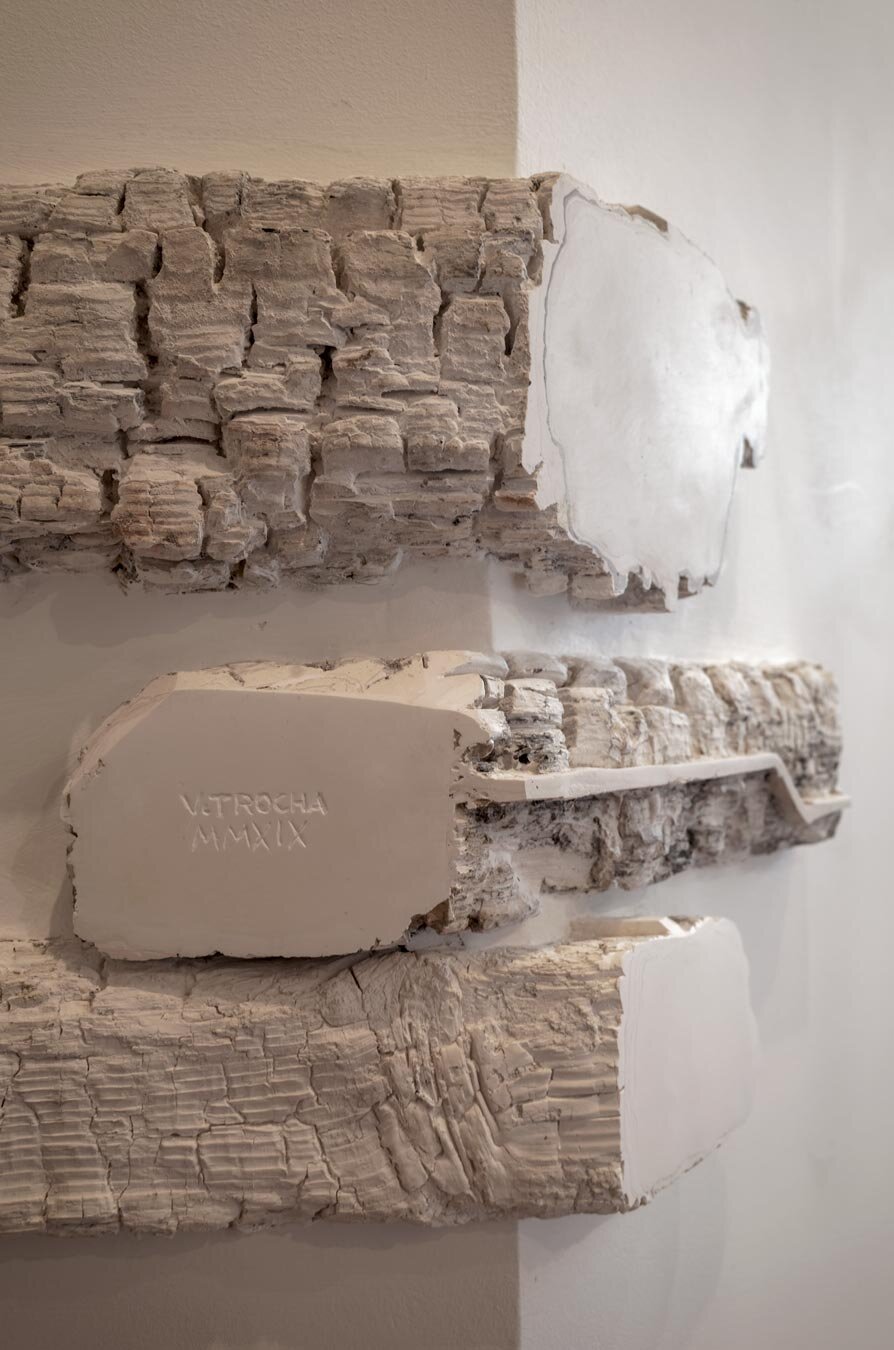 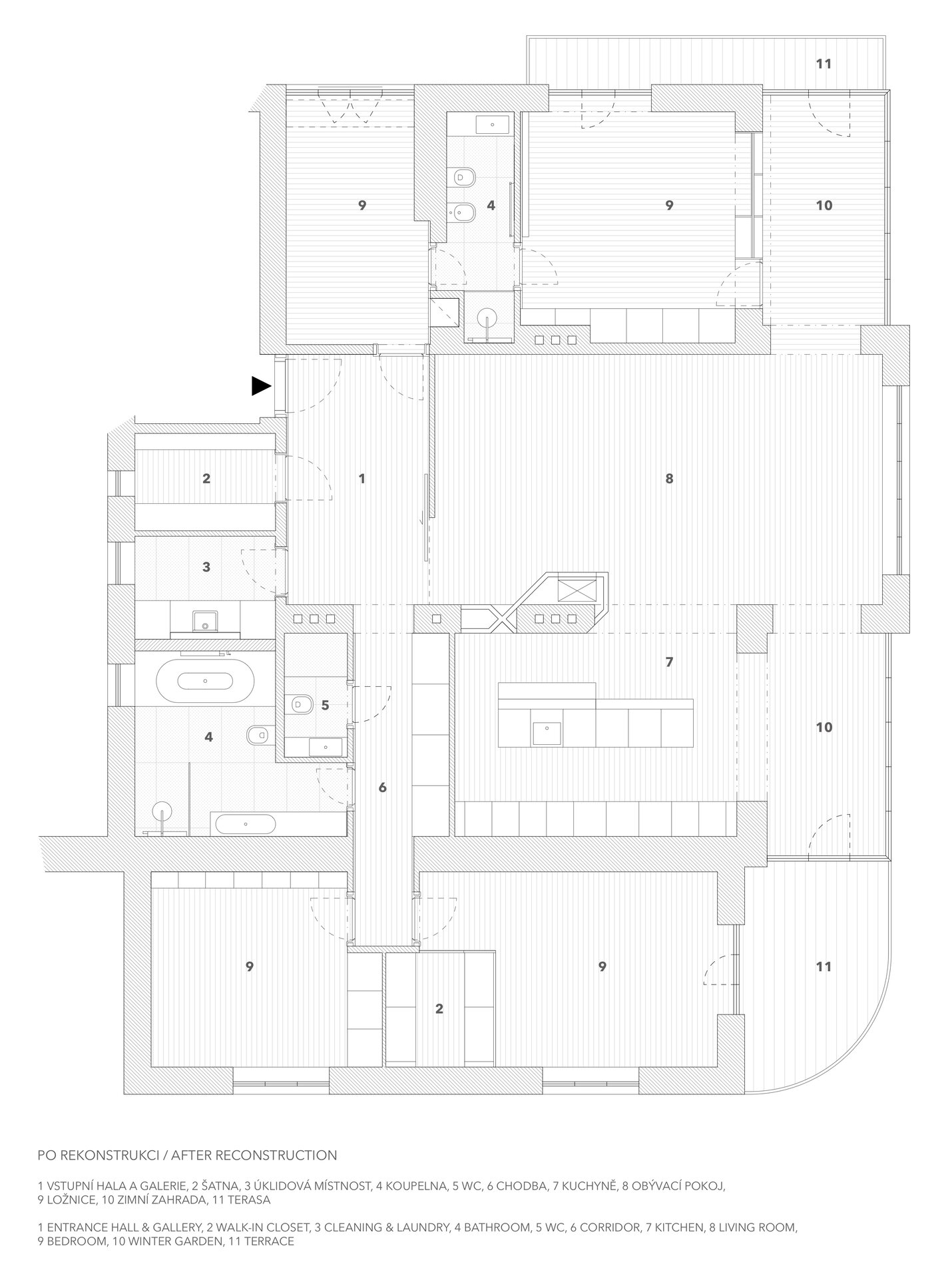 An apartment in an interwar period villa was well equipped and in a good condition, but it clearly showed it was tailored specifically to its previous owners. The clients and the architect concluded to impress client’s own style on the apartment otherwise it would remain "someone else's". That resulted in the complete reconstruction. The new interior was designed to allow the owners to place and display their collection of art and antique objects, books, sculptures and paintings. The newly reconstructed living room thus became closer to the style of the interwar period salons. The entrance hall became a gallery. The work of the architect focused on creating a neutral background with several distinctive elements that represented the interest of the clients in the contemporary art. A collaboration with external artists on the selected interior adjustments resulted in a sculptural fireplace, an all-metal sliding door with an artistic etching or a backlit stone slab behind the bathtub.

Our project deals with partial refurbishment of a 200 sqm apartment. While loadbearing walls remained untouched, the apartment layout has changed especially in the living room area, in the hall, the bathrooms and the bedrooms. Existing built-in furniture and doors covered in oak veneer were preserved and new ones were made in similar fashion. In bathrooms, existing concrete screed surfaces were replaced with new ceramic tiles. A backlit large natural stone plate (calcite) was placed behind the bathtube in the larger bathroom. Existing oak parquet floor was polished and a new one replaced also the original mahagon parquet floor. A new gas fireplace insert was placed in living room inclusive its sculptural cover from acrystal material. A new metal sliding door featuring artistic etching was designed to divide the hall from the living room. The refurbishment included also new lighting, merely built-in lights in plasterboard ceiling supplemented with a few significant pendant lamps.